If you’re single and ready to mingle, make sure you’re also armed with protection when going out on a date. When you don’t know someone well enough to know their sexual history, unprotected sex is just not worth the risk. And the chance of encountering a potential romantic interest with a sexually transmitted disease is unfortunately higher than ever in the United States, according to a new government report.

The study, which was conducted by the Centers for Disease Control and Prevention in Atlanta, Georgia, found that new cases of STDs reached record numbers in America in 2016.1 Braxton, Jim; et al. “2016 Sexually Transmitted Diseases Surveillance.” Centers for Disease Control and Prevention. 26 September 2017. Accessed 30 September 2017. http://www.cdc.gov/std/stats16/default.htm. The rates have increased for several types of diseases and among multiple segments of the population, meaning just about anyone who is not in a monogamous relationship could potentially be affected.

Chlamydia is one of the most common forms of sexually transmitted disease, with 1.6 million cases diagnosed in the U.S. in 2016. But other STDs are also on the rise. The information gathered showed that there were 470,000 cases of gonorrhea and 28,000 cases of syphilis reported in 2016 as well.

In one single year from 2015 to 2016, syphilis rates jumped 18 percent overall. Hardest hit were men, particularly those identifying as gay or bisexual, who made up 89 percent of all primary and secondary syphilis cases. In addition, approximately half of these gay or bisexual men with syphilis were also HIV positive, which makes it even more astounding that condoms are not being used.

Men were not the only group affected by increases in syphilis, either. There was a 36 percent rise among women, and a 28 percent rise among newborns. Syphilis is passed down from an infected mother during pregnancy and can result in bone deformities, brain and nerve problems, severe anemia, stillbirth, or death shortly after birth.

Of the 1.6 million cases of chlamydia found, 46 percent were among women between the ages of 15 and 24. That is particularly unsettling because if it remains untreated, chlamydia can contribute to chronic pelvic pain, infertility, and dangerous ectopic pregnancy.

As for gonorrhea rates, these were up in 2016 as well. Women experienced an increase, but not as large as that found in men, whose rates jumped by 22 percent. This is another disease disproportionately seen in gay or bisexual men when the male category was broken down further.

Symptoms of syphilis include sores in the genital area or mouth and a skin rash. Chlamydia is often asymptomatic, but when symptoms appear they typically show up as pain or burning upon urinating, painful sex, and genital discharge. And in the case of gonorrhea, those infected generally experience burning during urination and genital discharge. So if you’re noticing any problems along any of these lines, go to a doctor right away and ask to be tested. And getting tested may consist of providing a urine sample, giving a cheek swab, or getting blood drawn, as well as a physical examination.

For now, antibiotics are still able to effectively cure each of these diseases, but no one is certain how much longer that will be true. A 2012 study by the World Health Organization found that for gonorrhea at least, strains are appearing that are antibiotic resistant2 “WHO: Urgent action needed to prevent the spread of untreatable gonorrhoea.” World Health Organization. 6 June 2012. Accessed 1 October 2017. http://www.who.int/mediacentre/news/notes/2012/gonorrhoea_20120606/en/. and these drugs may eventually not be capable of fighting off this disease.

Surprisingly,  Human Papillomavirus (HPV) does not show up among the leaders in increasing incidence, but the reason is not a happy one. Quite simply, it’s tough to show an incidence rate beyond 100%. According to the Centers for Disease Control, HPV is so common that nearly all sexually active men and women get the virus at some point in their lives.3 “Human Papillomavirus (HPV) Statistics.” CDC September 26, 2017. (Accessed 1 Oct 2017.) http://www.cdc.gov/std/hpv/stats.htm

And let’s not forget that while treatment is certainly important, prevention is even better. Monogamy is your safest option, of course. But since not everyone has a steady partner, open and honest dialogue is essential prior to sexual encounters. If you don’t know someone well enough to be discussing your sexual history and any prior diseases comfortably, maybe you should wait on the intimacy. When you do engage in sex of any kind—not just intercourse, but oral or anal sex as well—you should always keep a supply of condoms handy. Condoms are the only way to ensure there will be no disease transmission. And even with condom use, if you are involved with multiple partners, you should be getting tested regularly, just to be safe. 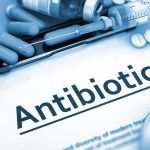