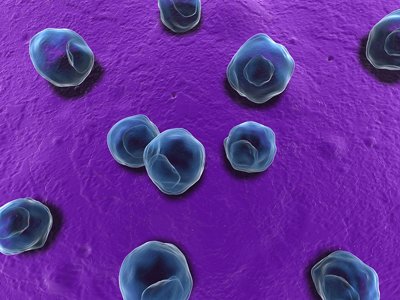 Anyone who is sexually active is at risk for becoming infected with a sexually transmitted disease. But many of us do not want to think about these kinds of things, even if we have multiple partners or do not always use condoms. Unfortunately, not getting tested for STDs does not mean you don’t have one, only that you don’t know whether or not you have one. And new research suggests that may be exactly the case with the STD chlamydia–with potentially several hundred thousand people infected and not knowing it.

The study, which was conducted through the United States National Center for HIV/AIDS, Viral Hepatitis, STD, and TB Prevention, found that an astonishing 400,000 people in the United States may have chlamydia that is currently undiagnosed.1 Preidt, Robert. “Many STDs May Go Undiagnosed, U.S. Report Finds.” WebMD. 20 June 2014. 16 June 2014. http://www.webmd.com/sexual-conditions/news/20140610/many-stds-may-go-undiagnosed-us-report-finds The scientists’ calculations were formulated by analyzing the information provided within the National Health and Nutrition Examination Survey (NHANES) from 2007 through 2012. This study involved about 5,000 subjects from across American annually and included both children and adults.

For the present research, the investigators focused on chlamydia infections, and determined that 1.7 percent of the U.S. population ranging in age from 14 to 39 years old appear to suffer from this STD. That number represents approximately 1.8 million infected people in the nation. This number does not, however, correspond accurately to the number of chlamydia infections reported annually, which is approximately 1.4 million. That discrepancy signifies that as many as 400,000 cases of chlamydia not only go unreported, but likely go undiagnosed every year.

What’s more, teenage girls who are sexually active were found to have the highest infection rate with chlamydia among any population that was considered. These girls, between the ages of 14 and 19, have an infection rate of 6.4 percent. In contrast, the chlamydia infection rate among sexually active boys of the same age is a much lower 2.4 percent. And among these female adolescents, chlamydia infection is nearly six times more common in African-American girls than in their white counterparts. The rate found among the African-American girls was an astounding 18.6 percent, while the teenage white girls had a considerably lower rate of 3.2 percent.

A major reason why chlamydia is so often undiagnosed is the fact that it frequently produces no symptoms. Unlike some other STDs that can proclaim their presence within a matter of days after infection, chlamydia offers few signs of its existence, and when it does, they may be mild and resolve quickly. The symptoms that may occur include discharge from the vagina or penis and a sensation of burning during urination. If chlamydia goes untreated in a woman, it can lead to pelvic inflammatory disease, which may result in pelvic pain, damage to the reproductive organs, and infertility.2 “Chlamydia – CDC Fact Sheet.” Centers for Disease Control and Prevention. 13 March 2014. 17 June 2014. http://www.cdc.gov/STD/chlamydia/STDFact-Chlamydia.htm

It is unsurprising, yet particularly scary, that the rates of chlamydia infection are so high among teenage girls. It’s unsurprising because we know that adolescents do not always think their choices through before acting on them, which often results in poor decision making. Plus, as they gain some freedom and their hormones are raging, these choices often involve some kind of sexual activity or experimentation. But it’s scary because if these girls are infected and unaware of it, they are putting their long-term health at risk–and helping spread the infection.

The bottom line is that it is essential to keep the lines of communication open with your kids, especially as they go through adolescence and no longer want to share every detail of their lives with you. Conversations need to include information on how to protect themselves from sexually transmitted diseases, even if you don’t want to believe that your sweet little baby could possibly be intimately involved with anyone. Plus, it is up to you to make sure your daughter visits a gynecologist for not only checkups, but for STD screenings and treatment if anything is discovered. We’ve moved beyond the birds and the bees, and this is part of the facts of life these days, whether we as parents like them or not.