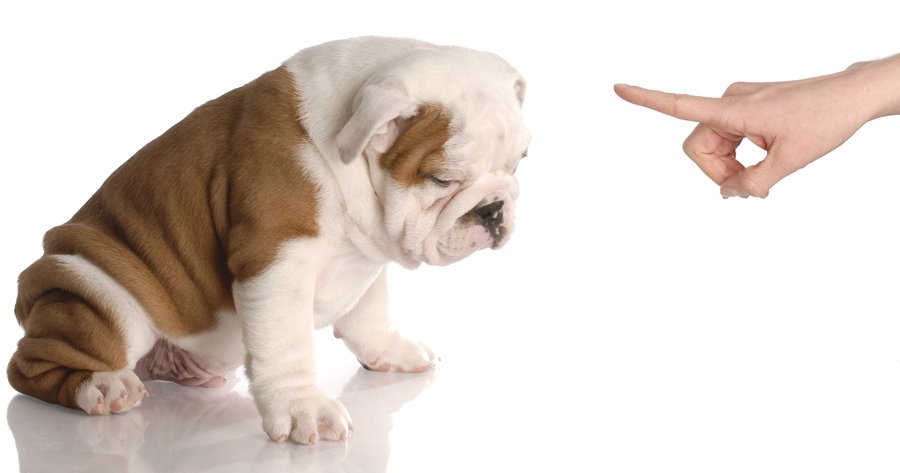 At first it might seem cute. You go out to a movie, and when you return home, your dog squeals, cries, leaps on you, runs in circles, and licks your face nonstop. Buddy loves me so much, you think. But then the trouble starts.

Neighbors tell you that Buddy howled the entire time you were gone. You find your shoes chewed, your toothbrush chomped to bits, your manuscript shredded. There are accidents on the floor and even on the couch (which he’s also chewed). Buddy, it turns out, suffers from separation anxiety (SA).

At least 20 percent of all young dogs suffer from separation anxiety (SA), and age doesn’t make the situation better. In fact, up to 50 percent of dogs older than five exhibit signs of anxiety when left alone.1 Borelli, Lizette. “Puppy Love: Dogs Suffer ‘Back-To-School Blues’ with Separation from Kids, But Can it Be Treated?” 29 August 2014. Medical Daily.  8 April 2016. http://www.medicaldaily.com/puppy-love-dogs-suffer-back-school-blues-separation-anxiety-kids-can-it-be-treated-300532 The anxiety typically includes howling, barking, or whining, with 70 percent of anxious dogs engaging in such behavior, while 60 percent resort to destroying whatever they can find. About 30 percent have accidents around the house.

Why do dogs go berserk when left alone? Because they are pack animals, meaning they feel safe and “normal” when with other animals; and when they join your family, you become the pack. In the wild, animals separated from the pack howl to be found. Buddy thinks if he howls, you’ll hear him and return. He feels extremely vulnerable when left on his own. It’s unnatural for pack animals to go solo.

Do certain breeds have a higher incidence of separation anxiety? According to some sources, neutered males are more vulnerable, as are intelligent breeds like Shepherds, Standard Poodles, and Border Collies.2 Hines, Ron, DVM. “Separation Anxiety in Dogs and How to Deal with It: Coping with Destructive and Obsessive/Compulsive Behaviors in Your Pet.” 2ndchance.info. 8 April 2016.  http://www.2ndchance.info/sepanxiety.htm , 3 “Fears, Phobias, and Anxieties in Dogs.” PetMD. 8 April 2016. http://www.petmd.com/dog/conditions/behavioral/c_dg_fears_phobia_anxiety And don’t think by getting a different species of pet you’re guaranteed to avoid the problem. Some types of birds, particularly macaws, African Grey parrots, cockatiels, and cockatoos also can develop such anxiety. Like dogs, they’ll make a lot of noise when the owner is gone, but unlike dogs, they might also pluck out their feathers. And while most cats don’t give a meow whether or not the owner is around, some, particularly Siamese cats, do get overly attached and show it by crying, having accidents in the house, fur licking nonstop and so on.

Also, certain events or circumstances can trigger separation anxiety or make it worse. Animals that are given up for adoption lose confidence that the owner will return, and this can set off the condition, as can traumatic events that may occur at an animal shelter. So can a move, death of a family member, or kids going off to school. Owners may unwittingly encourage SA by offering immediate and profuse comfort to dogs who display discomfort, letting the animal know that anxiety gets rewarded with attention.

Experts say that the worst thing the owner can do is to get angry at the acting-out pet. The anger doesn’t address the underlying anxiety, plus it prevents the animal from self-medicating with behaviors that give it some relief (like barking and chewing).4 “Dog Anxiety Problems — How to Deal with an Anxious Dog.” Shiba Shake.  8 April 2016. http://shibashake.com/dog/dog-anxiety-problems Get angry at the pet, and the problem will probably get worse.

Another solution that won’t work is ignoring the pet. Eventually, the neighbors will show up at your doorstep to object to the constant noise. Or your brand new $3000 Oriental rug will get chewed, or your hearing aid, or your tax return. Separation anxiety doesn’t get better over time if you ignore it, and in fact, it can get worse. Also, while separation anxiety is a common pet fear, fears related to loud noises like thunder and fireworks are even more common. The difference is that noise anxieties rarely trigger destructive behavior to the extent that SA does. Rather, the animal will shake, become withdrawn, drool, stop eating, and so on.

So what can you do to help your pet to calm down? Most experts suggest using behavior modification techniques to desensitize the animal to stressful triggers, sometimes in conjunction with pharmaceuticals. It may help to consult a pet trainer to get some guidance about how to work with your pet, but in general, the idea is to give the pet some distractions to ease anxiety when you’re gone (hide toys and treats around the house, for instance), accustom the pet to the sounds and sights of your exit (take out the car keys as if you’re leaving but then go sit on the couch for an hour, as an example), and reduce the drama around your comings and goings by simply slipping in and out the door without greeting.

For more immediate relief, there are some natural solutions that can work well in conjunction with any behavioral techniques you might try. One possibility is the Thundershirt for dogs,5 http://www.thundershirt.com/ a jacket that applies constant pressure to the dog’s chest. The idea is that by creating a tight wrap, the Thundershirt recreates the feeling of being in the womb. In other words, it works the same way that swaddling does. According to the product website, Thundershirt has an “80 percent success rate,” whatever that means. There’s no definition of what constitutes success, and apparently, no extensive studies have been done. Anecdotally, though, many claim the shirt calms the beast and, at just $40 or so, it costs a lot less than a pet psychiatrist.  Plus, there’s a money-back guarantee if your pet doesn’t calm down at least a bit with help from the shirt.

The Thundershirt company also offers a calming spray that incorporates pheromones, lavender, and chamomile. They suggest using the spray with the jacket. Aromatherapy seems to work particularly well with dogs, perhaps given their enhanced sense of smell. Many dogs also respond well to homeopathy. A children’s dose of Calms Forte6 http://www.hylands.com/products/hylands-calms-fort%C3%A9%C2%AE can take the edge off during a storm or when you’re going out.

Other things you can try is to include melatonin and a line of veterinary herbals called Kemin Resources Anxiety and Stress.7 http://www.onlynaturalpet.com/products/Kemin-Resources-Anxiety-Stress/152006.aspx The canine pills include passionflower, chamomile, schizandra, melatonin, and dan shen, among other things.  If you use a traditional vet, you might get a prescription for a canine antidepressant or anti-anxiety pill, but there’s no reason to go that route without trying these solutions first, as they’re far safer and cheaper.

Finally, some swear that playing music works well, and in fact, a company called “Canine Lullabies” has designed a CD that comes with a money-back guarantee if your dog doesn’t mellow out while listening.8 http://www.caninelullabies.com/ The CD was developed by Terry Woolford, a songwriter who’s produced hits for The Temptations, Jimmy Buffet, and Wayne Newton, among many others. His Canine Lullabies evolved from music he wrote to soothe crying babies, all based around a human heartbeat. Over 8000 hospitals use his baby version, and he’s got plenty of testimonials on his website claiming that the canine version works just great.

If your dog has classical tastes, “Through a Dog’s Ear”9 http://www.onlynaturalpet.com/products/Kemin-Resources-Anxiety-Stress/152006.aspx features selections from Schumann, Chopin, Bach and other classical composers. The CD gets rave reviews on Amazon from 352 customers who swear it works. At just $12 for the CD, it’s certainly worth a shot.

For a more immersive experience, an internet search will yield a potpourri of pet-calming videos that run on a continuous loop. One, “While You Are Gone,” features a dog taking a walk through the woods while coming upon ducks, birds, deer, and other critters. Then there’s a virtual “game of fetch.” Customer reviews run the gamut. Some say their dogs spent the entire day glued to the screen entranced, while others complain that their dogs turned up their snouts at the images.

The point is that there are many things you can do to make sure that both your pet and you relax when you leave the house. Again, if none of the solutions above work, you can bring in the professionals. 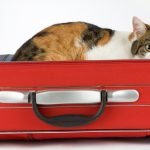