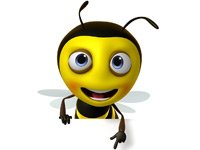 In natural healing circles, honey long has been used for its multiple benefits. Its flavonoids and antioxidants have been shown to be cancer and heart disease preventive; it helps reduce ulcers and other gastrointestinal problems; it’s antibacterial, antiviral and antifungal; it works as a cough suppressant; it heals wounds, it contains probiotics, it is a component of many skin crèmes, and it’s an anti-allergenic agent and one of many natural allergy remedies, based on the theory that because honey contains tiny traces of pollen, repeated exposure should help build up immunity to those pollens. But if you’ve been taking your daily dose of honey without receiving any of these benefits, the reason may not be that honey is useless. It may be that your honey isn’t actually honey.

That’s right. And the first clue is that an overwhelming proportion of the so-called honey sold in the US contains absolutely no pollen.1 Schneider, Andrew. “Tests Show Most Store Honey Isn’t Honey.” 7 November 2011. Food Safety News. 13 June 2013. http://www.foodsafetynews.com/2011/11/tests-show-most-store-honey-isnt-honey/#.Ubtl9dj6R33

So what does this clue mean? Have bees found a magical way to produce honey without using pollen, then? Absolutely not. The reality has nothing to do with magic and everything to do with greed. A lot of the honey sold in the US comes from Asia where it’s processed to remove the pollen and then cut with high-fructose corn syrup, sugar water, and artificial sweeteners to maximize profit. In fact, some so-called honey contains no trace of anything coming from bees, but rather, it’s a concocted blend of flavorings and sweeteners packaged and sold with a “honey” label.2 Melnick, Meredith. “Tainted Chinese Honey May be on US Store Shelves.” 22 August 2011. Time: Health and Family. 13 June 2013. http://healthland.time.com/2011/08/22/tainted-chinese-honey-may-be-on-u-s-store-shelves Even worse, the Food Safety News study found that much of the honey sold in the US contains dangerous contaminants such as traces of illegal antibiotics intended for animals and heavy metals.

The pollen-free honey goes through a process called “ultra-filtering,” where it’s heated, watered down, and then forced through tiny filters using high pressure. From the point of view of the seller, the advantage is that without pollen, nobody can trace the source of the honey. Since the pollen in each area of the world is unique, reflecting the plant life from that locale, it’s the pollen within the honey that identifies the region that the honey comes from. That means that if the honey contains contaminants like lead–which honey from Asia often does–it won’t be traceable. So a US distributor who wants to save money by buying cheap, watered down honey from abroad and then repackaging it as local produce stands to benefit if the source of the honey isn’t obvious and can’t be traced. (More on that below)

The FDA has ruled that honey lacking pollen isn’t honey at all and can’t be sold as such. The problem is that the FDA doesn’t inspect most of the honey entering the country and rarely enforces the safety standards it has established. In the first six months of 2010, for instance, 43 million pounds of honey entered the US, and 37.7 million pounds of it came from India via China, two of the worst culprits. Meanwhile, the 27 countries of the European Union banned all shipments of honey coming from China and India.

“The big packers are still using imported honey of uncertain safety that they know is illegal because they know their chances of getting caught are slim,” says Richard Adee, Legislative Chair of the American Honey Producer’s Association.  “We’re supposed to have the world’s safest food supply, but we’re letting in boatloads of this adulterated honey that all these other countries know is contaminated, and the FDA does nothing.”

The US doesn’t produce enough honey to meet consumer demand, which is why it buys so much Asian honey. The US consumes about 400 million pounds of honey per year, but domestic producers can only supply about 150 million pounds. China had been supplying 60 percent of the honey on the shelves in the US, but back in 2001 a disease affected Chinese hives, and a toxic animal antibiotic called chloramphenicol was used to save the day. Unfortunately, the chemical can cause DNA damage and cancer. It’s so toxic that one in every 30,000 people has a fatal reaction to it.

After the Chinese honey was subjected to large tariffs because of this contamination, Chinese suppliers started shipping their product to India and other Asian countries where it was then repackaged and sold to the US–an illegal process known as “transshipping.” The Food Safety News estimates that 688,000 pounds of Chinese honey was transshipped to the Little Bee honey plant in India in a single month in 2011. Once it reaches the Indian packing plant, the Chinese honey gets stuffed into cute plastic bottles and sent to the US as Indian honey.

By the way, if you don’t use honey at home, you’re not off the hook because 60 percent of the honey in the US goes to commercial food producers who use it as an ingredient in items like bread, sauces, processed foods, and drinks. If you eat out a lot, you probably consume the fake honey with some frequency.

How can you be sure you’re getting real honey?3 “Fake Honey in Stores–Learn How to Identify the Real Thing.” Honey Fanatic. 13 June 2013. http://honeyfanatic.com/honey-facts/fake-honey-stores-learn-identify-real Again, getting organic guarantees nothing. Your best bet is to buy from local producers who sell at farmer’s markets or farm stands. Local honey is better for you, anyway, as it contains an exact match to the local pollens that might be causing you allergy problems. Honey still in the comb is safe, as is Manuka honey from New Zealand. Also, a consortium called “True Source Honey” certifies local, authentic honey, so if you see “True Source” on the label, you have a strong indication you have the real thing.