Study Shows Those with Pessimistic Outlook on Life May Live Longer

It May Pay to be Pessimistic 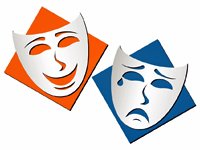 “If you expect the worst, you’ll never be disappointed.” — Sarah Dessen

Plenty of clichés have been coined about pessimists and their outlook on life.  But this negative bunch may just end up having the last laugh (all irony intended).  New research has found that those who have a pessimistic outlook about the future stand a greater chance of having an extended lifespan than the optimists among us.

The study, conducted at the University of Erlangen-Nuremberg in Bavaria, Germany, showed a correlation between having low expectations of what life will bring and living a healthier, longer life.1 Furness, Hannah. “Victory for Victor Meldrew, as pessimistic people ‘live longer’.” Telegraph. 27 February 2013. Accessed 7 March 2013. http://www.telegraph.co.uk/health/healthnews/9898519/Victory-for-Victor-Meldrew-as-pessimistic-people-live-longer.html   There were 40,000 subjects involved in the research, all of whom were questioned between 1993 and 2003 about the level of satisfaction they expected to have five years in the future.  Each participant was followed up on five years later in order to compare their actual satisfaction with life to what they had predicted.

The volunteers who predicted an optimistic future had 9.5 percent more disabilities and a 10 percent higher risk of dying by the end of the study as opposed to less optimistic types.  In general, the older subjects were the ones with more pessimistic expectations than younger, more positive subjects.  The oldest segment of the population included 43 percent who underestimated the satisfaction they would feel in the future, 32 percent who overestimated how satisfied they would be, and 25 percent who made accurate predictions.  It was these older participants who were far more accurate at predicting future satisfaction, while the younger optimists were much more likely to overestimate how happy they would be in five years.

Interestingly, the respondents with the most stable circumstances, in good health, and with comfortable income levels tended to have a more pessimistic view of what was to come than their peers who had lower incomes or more health problems. Maybe it is that low expectation for the future, combined with the resources and medical care they can afford, are what helps keep this group motivated to remain healthy.

But these findings fly in the face of numerous studies that have shown just the opposite: that people live longer, healthier lives when they remain positive and optimistic–and when they have more money.  And maybe these subjects who were already facing health or money issues were simply trying to keep a positive outlook when things weren’t going so well.  If you are unhealthy or struggling financially, it might make sense to hope for the best and try to convince yourself that the situation will improve in the future–using the power of positive thought to make it happen.  After all, optimism has been associated in numerous studies with promoting health and well-being.  For instance, research from the University of Pittsburgh in Pennsylvania in 2009 was focused on more than 100,000 women over a period of 15 years.2 Park, Alice. “Study: Optimistic Women Live Longer.” Time. 5 March 2009. Accessed 8 March 2013. http://www.time.com/time/health/article/0,8599,1883402,00.html   The scientists found that the optimistic subjects were 14 percent more likely to still be alive eight years into the study, and nine percent less likely to develop heart disease.

Clearly, an argument can be made on behalf of both the glass-is-half-empty and the glass-is-half-full types among us.  Maybe many of the pessimists involved in the current study believed, in stereotypical negative fashion, that since life was good and satisfying today, it couldn’t possibly be as good tomorrow or further into the future.  If this provoked them to live a healthier life and take fewer risks, perhaps that’s how they ended up with a better future than they ever expected. Or perhaps, this is just another example of one of Jon Barron’s favorite themes that you have to take every study with a grain of salt since studies are always contradicting each other.

That said, whether you are a natural optimist or pessimist, it is important to keep negative thoughts at bay…not only for the sake of your happiness, but for your health.  As Jon Barron explained in detail in his chapter, “The Thought that Kills” in his book Lessons from the Miracle Doctors, stress and depression are inextricably linked with diseases and death.  So if you have a pessimistic nature, try to channel it productively by living a healthy lifestyle to prevent all of the things you are sure can go wrong.