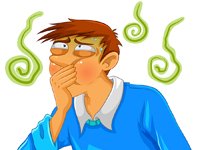 Finally, a story about your cell phone that doesn’t involve frying your brain and growing tumors!

Anyone who has ever experienced motion sickness due to a car or bus trip or seasickness from riding in a boat is well aware that it is not a pleasant sensation.  The overwhelming nausea and dizziness can be very difficult to control, and they often don’t fully resolve until you are out of the moving vehicle and back on terra firma.  But now–oh happy day–you may be able to experience that same nausea simply by looking at your cell phone.  According to complaints lodged with Apple’s support website, the iOS 7 update for the iPhone and iPad produces significant motion sickness in some users.1 Gholipour, Bahar. “Is iOS 7 making you feel sick?  Here’s why.” NBC News. 29 September 2013. Accessed 9 October 2013. http://www.nbcnews.com/health/ios-7-making-you-feel-sick-heres-why-8C11290690

Part of the problem with this latest technological advance from the team at Apple is a slight yet perpetual motion of the icons on the screen and a very high resolution, which combine to create a 3D effect for many applications.  While this may look great to the majority of people, there is a segment of the population that is more sensitive to these issues of perceiving movement where there should be none.  Needless to say, those are the folks that end up feeling sickened just from using their cell phone.  It may be made even worse when the user changes applications, since the new software has a feature that involves zooming in and out of windows as they open and close.

This is not the first time a visual issue on a screen has caused this type of problem.  In fact, there is a condition known as simulator sickness, which is defined as experiencing motion sickness as a result of playing video games or using a driving or flight simulator. It was first documented back in 1957 during a helicopter training simulation for the United States armed forces.2 Kolasinski, Eugenia M. “Simlator Sickness in Virtual Environments.” Defense Technical Information Center. May 1995. Accessed 11 October 2013. http://www.dtic.mil/cgi-bin/GetTRDoc?Location=U2&doc=GetTRDoc.pdf&AD=ADA295861 When your brain receives signals telling it that your body is in motion as a result of your eyes viewing screen movements in a video game or in a simulator that constructs all the visual cues of driving or flying, yet the inner ear is telling the brain that you are still, wires are crossed and confusion ensues.  And in some people, the end result of that “confusion” is the headaches, nausea, and dizziness that define motion sickness.

As far as iOS 7 is concerned, if you haven’t already purchased the iPhone 5 on which it comes standard, try spending some time with a friend’s phone or a phone in the store before you take the plunge.  The same goes for upgrading to this operating system on an older model of iPhone or on an iPad.  Once you upgrade, there is no going back–users cannot uninstall iOS 7 even if they hate it. It’s also worth noting that the size of the screen can make a difference as well.  The symptoms may be stronger when using an iPad than an iPhone because it is larger, so truly give it some thought before you upgrade your tablet.

If you do have the new operating system on your cell phone and find yourself getting queasy, there are several ways to improve the situation. Go to Settings, then General, then Accessibility. Tap “Reduce Motion.” That should help some, but not entirely if you’re particularly susceptible to motion sickness.  Keep the screen farther from your face–the closer it is, the more likely it will be to induce motion sickness. Also, take notice of whether certain applications are doing you in more than others.  As much as it may pain you to give them up, you may need to scrap those apps that start your head spinning.  If the problems persist, you can try taking ginger, which is a natural health remedy for nausea that has been in use for thousands of years.

Another option that won’t appeal to many techies is to simply trade in your iOS 7-enhanced cell phone for a model with a different operating system.  And there’s always the choice to cut back on your cell phone use and talk to people in person, which will not only alleviate your motion sickness, but also may help protect your brain from the electromagnetic fields that these mobile devices emit.3 Volkow, Nora D.; et al. “Effects of Cell Phone Radiofrequency Signal Exposure on Brain Glucose Metabolism.” Journal of the American Medical Association. 23 February 2011. Accessed 11 October 2013. http://jama.jamanetwork.com/article.aspx?articleid=645813 (Sorry, just couldn’t do a story on cell phones without at least mentioning it.) 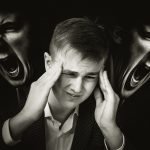 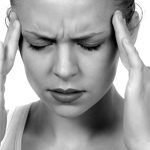