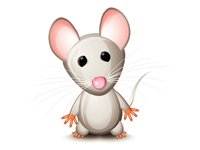 Do you remember when you travelled to Mars, like Arnold Schwarzenegger in the film Total Recall? Do you recollect when you got arrested for disorderly conduct, or when you were nominated for a Pulitzer Prize? Even if these things never happened to you, science soon might be able to implant false memories so that you won’t know the difference. At least that’s one conclusion you might draw from a recent study that found that mice could be given false memories indistinguishable from their real memories.1 Johnson, Carolyn. “Mind control study gives mouse false memory.” 25 July 2013. The Boston Globe. 29 July 2013. http://www.bostonglobe.com/news/science/2013/07/25/mit-scientists-plant-false-memory-mouse-mind/dEHuCh1RYrWFCsscJG7WPO/story.html

What kind of memories do mice have, anyway, you might wonder? Unless the rodent in question is named “Mickey,” “Mighty,” or “Stuart,” it’s unlikely it will recall its past achievements and failures, but mice do remember survival-related things, like where they last found food or where they encountered threatening circumstances. For this study, conducted by researchers at the Massachusetts Institute of Technology, mice were programmed to falsely remember receiving pain in a room that in reality held no threat for them.

The scientists used an Orwellian technique called optogenetics, which manipulates brain cells using laser lights. The process began when the brains of the mice in the study were genetically engineered to produce light-sensitive proteins that would become “tagged” by experiences they underwent. Then, the scientists placed the rodents in a room that smelled of vinegar and that had a cardboard floor. Nothing of any note happened in that room. The next day, they moved the mice into a room that smelled of almonds and had a metal floor—a room as different, from a mouse perspective, as a Motel 6 is compared to the Ritz Carlton. In the metal-floored room, the scientists turned on a blue laser to “flip on” the mouse brain cells that had been active in the previous room. Then, they shocked the feet of the mice. Later, they returned the mice to the vinegar room and the mice scuttled to the corner, frozen with fear, “remembering” the unpleasant sensation that they never actually had experienced in that room.

The researchers in their mental health articles say that when a mouse recalls a false memory, its brain reacts in exactly the same way it reacts when it recalls a real memory. According to study director Xi Liu, “There are so many brain cells and for each individual memory, different combinations of small populations of cells are activated…Our memory changes every single time it’s being ‘recorded.’ That’s why we can incorporate new information into old memories and this is how a false memory can form without us realizing it.”

Those false memories not only affect the brain in the same way that real memories do: they also feel as real. According to study coauthor Susumu Tonegawa, “It’s not that false memory is formed just by some kind of forgetting or some kind of a simple mix-up, or what we call imagination. No, it really happened, as far as the brain is concerned.”2 Landau, Elizabeth. “Scientists give mice false memories.” 25 July 2013. CNN Health. 29 July 2013. http://www.cnn.com/2013/07/25/health/mouse-brain-memory

What does it matter that mice can be made to make up memories? What do mice have to do with men, or women, anyway? Mental health articles say that the mouse brain, though smaller and simpler than the human model, has similar circuitry and structure.3 Hogenboom, Melissa. “Scientists can implant false memories into mice.” 25 July 2013. BBC. http://www.bbc.co.uk/news/science-environment-23447600 What can be done to a mouse mind, in other words, can likely be done to humans. Humans, like the lab mice, can suffer a traumatic event that gets associated somehow with a normal event, and then a false memory gets formed.

For instance, if you had a nasty partner who criticized your dance moves when you took a trip to Disney World, and then later you remarry and go to Disney World with your new love who turns out to be in a bad mood one day, you may falsely remember that your new partner criticized your dancing on a Mickey Cruise. That sort of natural memory-association process apparently can happen often.  That may be why, according to the Innocence Project, 75 percent of convictions that turn out to be wrong when subjected to DNA testing result from eyewitness misidentification. It’s not that the witnesses deliberately misidentified the perpetrator; it’s just that memory is so unreliable.

Tonegawa says, “The use of testimony based on human memory should be really limited, restricted.” That also may be why spouses so often argue about what “really happened” in the past. Each remembers the same past differently, and for each the recollections may be quite vivid.

While it may be disconcerting to learn that our memories naturally blur—that they’re more like abstract art than like photographs–it’s the potential for deliberate manipulation of memory that frightens many of us. So many terrifying science fiction books and movies have centered on the theme of memory eradication and manipulation, and there’s always a frightening edge where the protagonists are threatened with total loss of   identity. In real life, the process of brainwashing does attempt to alter the identity of hapless victims by replacing their values as well as their memories, and studies show that brainwashing does indeed work. There have also been numerous documented cases of psychotherapy patients who formed false memories of early sexual abuse during treatment.

On the other hand, the researchers do see potential for using implanted memories in a positive way. Some people suffer from miserable memories that they would benefit from replacing. For instance, victims of post-traumatic stress disorder resulting from violent or cataclysmic events might benefit from replacing those memories with more tranquil recollections. Likewise, schizophrenic patients might improve their lot if they remembered living in a logical, clearly defined world instead of the psychotic world that haunts them.

It’s a long way from making mice cower in the corner because they think they’re in an evil room to manipulating a human’s childhood memories of sweet Aunt Matilda so she becomes the unibomber, but science seems to be careening to the point where Inception and Total Recall really could be upon us. Just look how far things have come in just the two years, since researchers conducted preliminary studies on manipulating memory in snails. Perhaps now is the time to consider the ethical implications of memory manipulation and to set down some guidelines for where the research can go.