Alzheimer’s Is a Family Thing 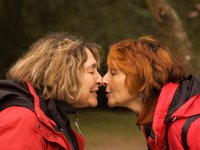 Caring for a relative with Alzheimer’s disease can be a very large burden both emotionally and financially, not to mention the toll it takes on your free time.  And, while the genetics of this progressive degenerative disorder are still not well understood, new research may give family members one more thing to concern themselves about.  According to a recent study, relatives of those with Alzheimer’s disease appear to be more likely to experience changes in their brains that have been linked to the condition even if they are completely asymptomatic.

The study, which took place at Duke University in Durham, North Carolina, found that individuals with a parent or a sibling diagnosed with Alzheimer’s disease were not necessarily experiencing any memory loss or cognitive difficulties, yet notable changes were taking place in their brains.1 Mann, Denise. “Brain Changes Seen in Relatives of Alzheimer’s Patients.” WebMD. 17 April 2013. Accessed 25 April 2013. http://www.webmd.com/alzheimers/news/20130417/brain-changes-seen-in-relatives-of-people-with-alzheimers   The participants were 250 adults between the ages of 55 and 89.  Their cognitive function varied from no sign of any problems to some measurable loss of ability.

The scientists took imaging scans of the subjects’ brains to search for structural alterations.  In addition, they obtained samples of their spinal fluid to note whether specific genes and markers were present that typically can predict an increased risk for developing Alzheimer’s.  The researchers found that a variant of the APOE gene in particular was more common among the volunteers with a higher risk of early onset Alzheimer’s disease.  The APOE gene has been linked in other research to late-onset Alzheimer’s as well as other conditions including atherosclerosis.2 “APOE.” National Institutes of Health. 22 April 2013. Accessed 26 April 2013. http://ghr.nlm.nih.gov/gene/APOE   They also determined that nearly half of those participants who demonstrated no cognitive losses but have a close relative with the disease actually meet the criteria for an early stage of Alzheimer’s simply based on the analysis of their cerebrospinal fluid, as compared to 20 percent of their counterparts with no family history of the disease.

There was no cause and effect proven in this study, and the changes the researchers found do not necessarily indicate that these individuals will eventually progress to full-blown cases of Alzheimer’s disease.  However, finding that the risk is more than twice that of a subject with no close relative having the disorder is certainly cause for concern.  Not surprisingly, the pharmaceutical industry is already focusing on the possibilities of hereditary disorders leading to an increased risk for Alzheimer’s and is hard at work to create drugs that ward off the disease in those who have not yet developed it.3 Callaway, Ewen. “Alzheimer’s drugs take a new tack.” Nature. 4 September 2012. Accessed 26 April 2013. http://www.nature.com/news/alzheimer-s-drugs-take-a-new-tack-1.11343   But whether any of the people who may eventually be given these medications would have actually developed the disease may never be known.

While there are still a lot of questions about just what role genetics play in the development of Alzheimer’s and possibly hereditary degenerative cognitive disorders, the good news is a lot of research has been done on ways to benefit the brain and lower the risk of Alzheimer’s for everyone in a variety of drug-free ways.  In Jon Barron’s latest newsletter, you can find in-depth coverage on all of the latest information on Alzheimer’s disease.  One of his top suggestions is something he’s talked about for 20 years; namely, taking a carnosine supplement to inhibit the formation of beta amyloid plaque in the brain, which is believed to be essential to preventing Alzheimer’s. Studies are now beginning to pile up that support that recommendation.

In fact, most of the things you can do to help protect your brain are healthy for your whole body. Starting and sticking with a regular exercise routine and making changes to your diet to add nutrients, antioxidants, and omega-3 fatty acids has been shown to reduce Alzheimer’s risk.4 “Adopt a Brain-Healthy Diet.” Alzheimer’s Association. Accessed 26 April 2013. http://www.alz.org/we_can_help_adopt_a_brain_healthy_diet.asp   And don’t forget to give your brain itself a workout, either.  Set aside a little time each day to do an activity you enjoy, whether it’s word or numbers-based puzzles, playing an instrument, or reading some good books. Be social; visiting with friends or relatives, enjoying a weekly bingo game, and attending religious services all seem to work equally well when it comes to engaging your mind socially make a huge difference statistically. And get your hearing checked; scientists at Johns Hopkins University in Baltimore, Maryland have shown that the worse a person’s untreated hearing impairment is, the greater their risk of developing dementia. All of these actions have been shown to stimulate the brain and optimize our thinking abilities, which can hopefully help us delay or prevent the onset of Alzheimer’s disease as we age.