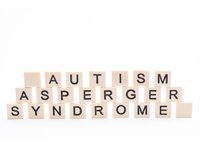 There’s a hefty book called the DSM-V, or Diagnostic and Statistical Manual of Mental Disorders, which most mental health professionals use to figure out what’s wrong with their patients. The DSM (the V stands for volume 5) categorizes all forms of mental illness so that professionals can assign diagnoses and figure out treatment plans. Earlier this year, we wrote about the hubbub caused when the DSM underwent a revision–a revision that, among other things, eliminated the diagnosis of Asperger’s Syndrome completely and subsumed it under the Autism Spectrum label. As we said at the time of the revision, “…if you had Asperger’s last week, the good news is you no longer have it, but the bad news is you’re now fully autistic.”

Since that time, debate has raged about whether it was a wise decision to get rid of the Asperger’s designation. Opponents of the revision claim that Asperger’s is a disorder in its own right, not simply a type of autism. Essentially, the reclassification means that those who previously had been labeled as Asperger’s patients either got reclassified as “normal,” meaning they may no longer qualify for certain forms of help and support, or they were labeled autistic, which carries a significant stigma. As Hannah Fjeldsted, who has [what used to be called] Asperger’s Syndrome, says on the website Autism Speaks, “The label of Asperger’s at least gives observers the impression of intelligence and ability. But when most people think of ‘autism,’ they think of someone who should be institutionalized.”1 http://www.autismspeaks.org/

The push to restore the Asperger’s diagnosis gained some scientific weight recently when a study out of Boston Children’s Hospital found significant differences between the EEGs of children with Asperger’s Syndrome compared to those children who had autism.2 Gholipour, Bahir. “Asperger’s and Autism: Researchers Find Brain Differences.” 05 August 2013. Huff Post. 14 October 2013. http://www.huffingtonpost.com/2013/08/05/aspergers-autism-brain-differences_n_3707791.html The research included 500 normal children, 400 autistic children, and 29 kids diagnosed with Asperger’s. The initial findings indicated that both the autistic and Asperger’s kids had weak connections in a particular region of the left hemisphere of the brain, compared to normal children.  This region of the brain, called the arcuate fasciculus, governs language development, among other things.

In other words, at first glance, it looked as though Asperger’s Syndrome belonged in the autism category. But as the researchers, subsequent to publication of the new DSM-V, looked more closely, they discovered that other characteristics of the left hemispheres of children with autism differed from those of Asperger’s children in significant ways. Asperger’s children essentially showed stronger connections than the autistic children did.

The bottom line is that no matter what the DSM-V says, the Asperger’s label has not disappeared from public discourse. In fact, a quick search of the internet yields several do-it-yourself Asperger’s tests.3 Asperger’s Test Site. http://www.aspergerstestsite.com/75/autism-spectrum-quotient-aq-test/#.Ul7vIBV6fs0 Interestingly, it isn’t terribly difficult to “fail” and find yourself in the Asperger’s camp–I know several people who appear perfectly normal, have jobs and families, but who, in fact, have tested positive for the Syndrome. In an article in New York Magazine entitled “Are You On It,” author Nora Ephron writes, “Is every man in America somewhere on [the autism spectrum]? Is every producer on it? [I’ll bet there’s a back story behind this example.] Is every 8-year-old boy who is obsessed with statistics on it? Sometimes, when we say someone is on the spectrum, do we just mean he’s a prick? Or a pathological narcissist? I notice that at least three times a week I am told (or I tell someone) that some man or other is on the spectrum.”4 Wallace, Benjamin. “Are You On It?” 28 October 2012. New York Magazine. 15 October 2012. http://nymag.com/news/features/autism-spectrum-2012-11 [That producer must really have ticked Nora off!]

No doubt such phenomena have contributed to the move to eliminate the Asperger’s designation. Increasingly, people have been using the Asperger’s label to explain any form of social awkwardness or introversion, to excuse themselves or those they love from rude or sullen behavior on the basis that they have the disorder. And, in fact, it is a confusing diagnosis–the line between extreme shyness and disease may appear blurry.

According to the old designation, the markers for Asperger’s include the inability to form peer relationships, to interpret emotional signals, to enjoy company, make sustained eye contact, or reciprocate. Asperger’s individuals often can’t tell when you’re joking–they take comments literally. They may have trouble following through with simple tasks, and they may have a narrow range of interest or even a fixation on a few chosen subjects, which they ramble on about, oblivious to the fact that they’re boring you. At a low level, such traits might be typical of normal introverts, but for the Asperger’s individuals, these traits come to the fore enough to interfere with functioning.

In fact, studies predating this latest Boston Children’s Hospital Research also indicate there’s a biological basis for the disorder–that Asperger’s does, in fact, exist as a distinct condition. The Autism Research Center at Cambridge University identified 14 genes specifically identified with Asperger’s.5 Lutz, Amy S. F. “You Do Not Have Asperger’s.” 22 May 2013. Slate: Medical Examiner. 14 October 2013. http://www.slate.com/articles/health_and_science/medical_examiner/2013/05/autism_spectrum_diagnoses_the_dsm_5_eliminates_asperger_s_and_pdd_nos.html A 2012 Australian study found that 93 percent of all mental health professionals agreed that Asperger’s is a distinct phenomenon.

Study director Dr. James McPartland cautions, “At present, it is hard to know whether [the new findings] reflect a core, intrinsic difference between Asperger’s and autism, or whether it is a reflection of developing with different characteristics.” In other words, it’s unclear if it’s nature or nurture that causes the brains of Asperger’s patients to differentiate from autistic brains. On the other hand, he continues, “It’s essential to separate these two groups, because they need different education and training and opportunity.”

I can’t help but think that this debate on Asperger’s versus autism once again brings to mind Jane Curtin’s line to Steve Martin in the classic SNL skit about Theodoric, the Medieval barber/surgeon, after his ignorance kills her daughter: “You charlatan! You killed my daughter, just like you killed most of my other children! Why don’t you admit it! You don’t know what you’re doing!“6 http://snltranscripts.jt.org/77/77rtheodoric.phtml Sometimes medicine is a lot less scientific than we would like to believe–and a bit more of, “Let’s make it up as we go along.”