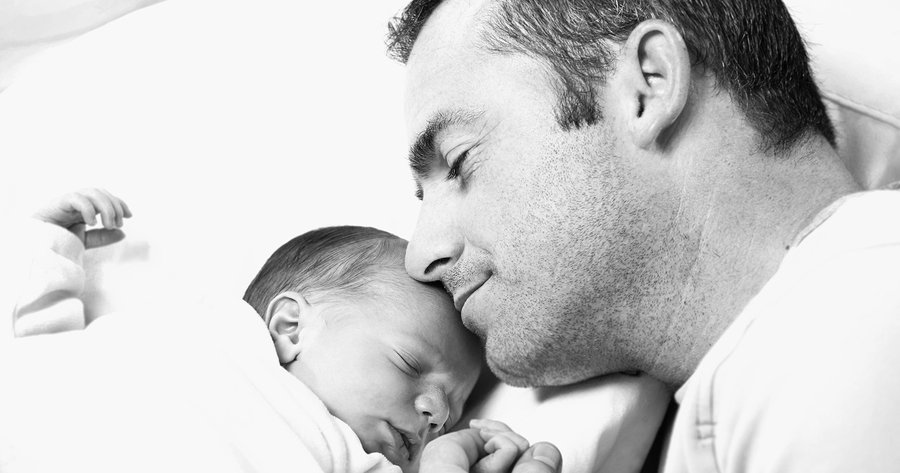 It’s a beautiful thing when a woman gets to experience having another life growing inside her and being able to give birth. That said, it’s also one of the more unfair realities that women often gain stubborn pregnancy weight as a side effect. How is it fair that men do none of the work and gain none of the weight? Or do they? Surprise, now it seems that women’s bodies aren’t the only ones that pack on some additional pounds as they enter parenthood. According to new research, fathers gain extra weight as well.

The study, which was conducted at Northwestern University in Evanston, Illinois, found that dads frequently put on weight after having their first child.1 Welch, Ashley. “Does fatherhood make men fat?” CBS News. 21 July 2015. Accessed 26 July 2015. http://www.cbsnews.com/news/does-fatherhood-make-men-fat The subjects were more than 10,000 men who were followed from 1994 through 2014. The 20-year period provided ample time for the scientists to gain information on the men at four different life stages between early adolescence and their early 30s.

While the amount of weight gained on average among new dads was not tremendous, it was a common theme. For a six-foot tall man living with his child, the average weight gain following the birth of his first baby was 4.4 pounds. Interestingly, even when the new dads did not live with their baby, they gained weight. It was a little less, but an increase still occurred. A six-foot man living apart from his child had an average weight gain of 3.3 pounds.

The excess pounds were demonstrated to be linked to fatherhood specifically and not just getting older. The research showed that non-fathers the same ages as the new fathers actually lost approximately 1.4 pounds in the same time period that the dads experienced their gains. And the findings held up even after the scientists controlled for other potential influences that might result in weight gain including age, income level, race, education, frequency of activity, and marital status.

Of course not every new father adds a little padding to his middle; but since the data was based on an average, it means that some certainly gained more than the four or so pounds that represent the average. And remember, even small gains that stick with you can lead to a slow but steady escalation in weight. This can eventually result in a body mass index in the overweight or obese range and increase the risk of developing diabetes, heart disease, and cancer over time.

The study was not designed to prove cause and effect, so it is not necessarily becoming a parent that leads to the weight gain. However, it does provide fairly good evidence that there is some sort of association between the two when the men who were not fathers lost weight while those who became dads gained. It is also not clear just what sets this in motion. The cause may be related to a lower activity level during the early days of fatherhood. After all, you can’t readily hit the gym or go for a nice long bike ride with a newborn in tow. Plus, most new parents are seriously lacking in the sleep department, often for months after baby is born. And lack of sleep was found in a 2010 study at Centre Europeen des Sciences du Gout in Dijon, France to promote overeating and weight gain in men.2 Brondel, L.; et al. “Acute partial sleep deprivation increases food intake in healthy men.” American Journal of Clinical Nutrition. June 2010. Accessed 27 July 2015. http://www.ncbi.nlm.nih.gov/pubmed/20357041

So what’s a poor guy to do when he’s overjoyed at the prospect of becoming a father for the first time but not so overjoyed that it might mean an expanding midsection? Finding out about the problem is really half the battle in this case because if you are aware that you are more likely to gain weight after having a baby, you can do something to prevent it. Take extra pains to take care of yourself, along with the new mom and little one. Eat nutritiously, squeeze in exercise at home, and try to take turns waking with the baby so neither of you is chronically sleep deprived. Your wife will probably be thrilled to have a weight management partner so she can lose that baby weight herself while helping you keep yours at bay as well. 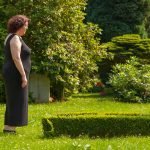