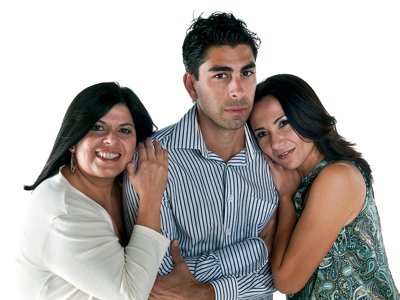 Like most stereotypes, there is probably some hint of truth to the notion that men think about sex all the time. And there are certainly quite a few men who try to act on these thoughts as often as they can, adding to the proverbial notches on their belts. While that might not go over so well with a wife or girlfriend, it may actually be a boon to his health (if she doesn’t kill him first). New research suggests that sharing the joy outside of marriage may offer some protection to the prostate.

The study, which was conducted at the University of Montreal School of Public Health in Canada, found that men who have had a larger number of female sexual partners may have a reduced chance of developing prostate cancer compared to men with fewer partners.1 Thompson, Dennis. “Can lots of sex protect the prostate?” CBS News. 30 October 2014. Accessed 5 November 2014. http://www.cbsnews.com/news/can-lots-of-sex-protect-the-prostate The subjects were more than 3,200 men residing around Montreal. They answered a questionnaire that addressed issues of sex and other lifestyle matters. The research period extended from September of 2005 through August of 2009, during which time approximately half of the participants were diagnosed with prostate cancer. (By the way, that in itself is an astounding statistic.)

When the scientists analyzed the data, they discovered that the most promiscuous of men were the least likely to end up with a prostate problem. In fact, those men who had slept with more than 20 women since becoming sexually active had a 28 percent lower risk of getting prostate cancer than those men who had only engaged in sex with one woman. There was an 11 percent lower risk of prostate cancer for those who “only” had between eight and 20 partners. On the other hand, those lotharios with an excess of 20 female partners were found to be 32 percent less likely to develop less aggressive types of prostate tumors and 19 percent less likely to develop more aggressive types of tumors.

One of the interesting twists in these results was that it wasn’t just the number of partners that mattered, but the fact that they had to be female. A portion of the volunteers were homosexual, but in those cases, having a multitude of sex partners was actually more harmful to the prostate. Men who had slept with more than 20 other men faced twice the risk of being diagnosed with prostate cancer versus men who had no male sexual partners. In addition, the men with the most male partners also were noted to have greater than five times the risk of the less aggressive forms of prostate cancer than were the men who were monogamous to a single male partner.

This leads to the question of what it might be about having sex with multiple partners of the opposite sex that could benefit the prostate and confer some cancer protection. A 2004 study at the National Cancer Institute in Bethesda, Maryland, showed that the positive effect might simply be linked to ejaculating more often, possibly because it rids the prostate of harmful substances that may build up over time.2 Leitzmann, Michael F.; et al. “Ejaculation Frequency adn Subsequent Risk of Prostate Cancer.” Journal of the American Medical Association. 7 April 2004. Accessed 6 November 2014. http://jama.jamanetwork.com/article.aspx?articleid=198487 But frequency of ejaculation might not be the whole story or the men who slept with copious numbers of other men would be just as safe as those who slept with tons of women. Then again, the numbers of gay men included in the study were statistically small, and that being said, trauma to the prostate might play a role in the numbers.

Ultimately, though, and infidelity aside, the researchers are making a pretty good case for the health benefits of having more sex, and not too many men are going to complain about that. But before you go running out on your wife to raise your number of sexual partners (“Honey, I don’t love her–it’s just for my prostate!”), keep in mind that this study did not prove cause and effect. Again, as other studies have suggested, the advantage might simply be associated with the overall quantity of sex, which “could be” higher in those with more partners. Sadly, once you’re in a long-term relationship, frequency does often diminish. So, in fact, it would probably do your prostate good if you put a little romance back in your relationship and made amorous advances toward your lady more often. That just might be enough to protect your prostate without additionally upping your risk of an STD. And to learn more about natural ways to cut your chances of developing prostate cancer, check out Jon Barron’s For Every Man Over 30. 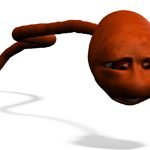 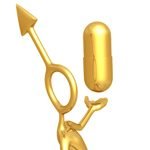