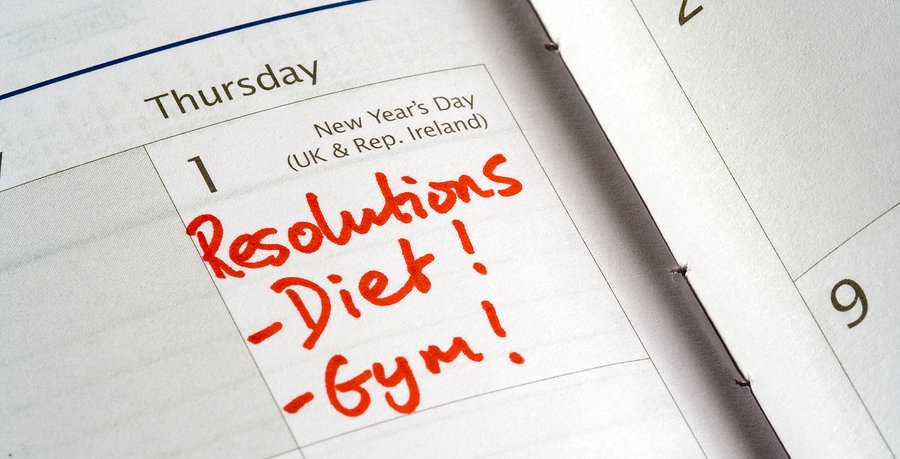 Every year before we even ring in the New Year, many of us mark the occasion as a starting point for fresh beginnings and create resolutions to reflect this. Among the most popular are resolutions to get in shape and these often focus on eating better, especially after the gorging that frequently goes on during the holiday season. How well do most of us stick with our diet resolutions? Not very, according to new research, which suggests that in terms of the foods we purchase, we are off track within the first three months of the year. And it’s even worse than you might think.

The study, which took place at the Cornell University Food and Brand Lab in Ithaca, New York, found that people actually buy more high-calorie foods at the supermarket between January and March than they do during other months of the year.1 “New Year’s diet resolutions ignored at the grocery store.” CBS News. 7 January 2015. Accessed 11 January 2015. http://www.cbsnews.com/news/new-years-diet-resolution-ignored-at-grocery-store/. The subjects were shoppers from more than 200 households in New York State. Their grocery store habits were monitored for a seven-month period between July 2010 and March 2011.

The information collected on the participants’ supermarket purchases was separated into three readily definable sections of time. The first stretched from July until Thanksgiving, which represented a normal time of year and offered a baseline for what constituted typical buying behavior. The second segment lasted from Thanksgiving until New Year’s Eve, which covers what you would think is, for many people, the most indulgent time of year food-wise. Finally, the last segment ran from New Year’s Day through March, since the beginning of the year often marks an attempt to make healthier eating choices. All of the foods that the volunteers bought were assessed and deemed either healthy or unhealthy.

The greatest amount of money was spent on food over the course of the holiday season between Thanksgiving and New Year’s Eve. However, much more surprisingly, the data showed that the subjects were actually purchasing the largest quantity of food in the post-New Year’s time period. It’s not that the effort to eat more nutritiously wasn’t there–a good deal of fruits and vegetables were in the shopping carts between January and March. But these items were not bought to replace unhealthy snacks; they were bought right along with all of the junk food. In fact, the difference added up to an additional nine percent of calories above average.

It would appear that even though many people have good intentions about getting their dietary act together for the New Year, the lingering habits from the previous year are pretty hard to break. Of course, it is possible that the results of this study may be somewhat flawed and would not be replicated if another experiment took place. After all, the findings were based on a relatively small number of participants, and they only resided in one state. Had a more expansive segment of the population been included as well as a more geographically diverse pool, the outcomes might have differed. For example, people living in New York are dealing with cold weather in January, February, and March and might be more inclined to seek high-calorie comfort food because of it, whereas someone in a warmer climate might more readily accept lighter fare.

How To Break Old Habits

Ultimately, though, we all need to take responsibility for what we choose to buy and to eat without making excuses as to why we can’t have a healthier diet. The scientists who conducted the research suggested creating a shopping list of nutritious items at home, then sticking strictly to it once at the store. That’s a great idea, as long as you can withstand impulse purchases. Also, you will want to spend the bulk of your time around the perimeter of the supermarket, where the produce, whole grain breads, and lean sources of protein can often be found. Don’t even tempt yourself by going down the aisles dedicated to chips, cookies, and other junk food–what are known in the supermarket trade as Power Aisles. Find fresh, natural items that you truly enjoy and soon you won’t even feel like you are missing anything. Keep in mind that junk food is an addiction. When you break from it long enough, you lose your taste for it. And if you’re not feeling your best after overindulging during the holidays, start the year off right with a five day liver detox. As Jon Barron says, not only does it provide all of the benefits associated with a good detox, it basically breaks all the bad food habits you’ve picked up over the holiday season. It provides the perfect opportunity to truly start anew.

United Kingdom Women are the Heaviest in Europe