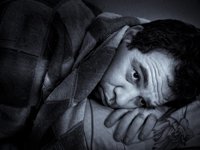 Restless leg(s) syndrome (RLS) can be a considerable annoyance, provoking uncomfortable symptoms and causing its sufferers to lose sleep when it flares up at night.  But it has long been considered a relatively benign condition in most cases.  In fact, only a small percentage of those with RLS have traditionally been recommended for medical treatment, with the vast majority experiencing just an occasional bout of problems.  That may change now, however, since new research has found a significant link between RLS and premature death in men.

The study, which was conducted at the Harvard School of Public Health and Harvard Medical School in Boston, Massachusetts, discovered that men with RLS may be 40 percent more likely to face an early mortality than their peers without the disorder.1 Jaslow, Ryan. “Restless legs syndrome may lead men to early death.” CBS News. 13 June 2013. Accessed 20 June 2013. http://www.cbsnews.com/8301-204_162-57589207/restless-legs-syndrome-may-lead-men-to-early-death   The subjects included 18,425 men, with an average age of 67, who had visited a doctor to determine if they had RLS.  Their medical records were analyzed over eight years, and the researchers found a disturbing advancement in men’s health issues that those who received a diagnosis of RLS had a much higher risk of dying young than those confirmed not to have the disorder.

All of the participants were screened to ensure that they did not have chronic ailments that could affect the outcome–including diabetes, kidney failure, or arthritis–at the beginning of the study period.  At that point, 690 of the men were confirmed to have RLS.  Over the course of the eight years that the volunteers were followed, more than 2,700 of the total group died.  However, among the much smaller subgroup of men diagnosed with RLS, 171 were fatalities.  That translates to a mortality rate of approximately 25 percent for the RLS patients, compared to just 15 percent among the remainder of the population, or a 40 percent greater risk of dying early for those with RLS.

Even worse, once the scientists made adjustments to the numbers to control for participants who had other risk factors for early death, such as cancer, cardiovascular disease, and high blood pressure, the RLS patients were determined to have a fatality rate that was a whopping 92 percent higher than the men without RLS.

RLS is a neurological condition that is estimated to affect close to 10 percent of the population,2 “Restless Legs Syndrome Fact Sheet.” National Institute of Neurological Disorders and Stroke. September 2010. Accessed 21 June 2013. http://www.ninds.nih.gov/disorders/restless_legs/detail_restless_legs.htm with about twice as many women affected as men.  As its name suggests, the symptoms are primarily based in the legs, making sufferers feel a tremendous urge to keep them moving.  It produces a variety of symptoms, ranging from uncomfortable to throbbing and downright painful when sitting still.  Since it is at its worst at night, those with RLS also have trouble getting a sound night’s sleep.

A specific cause has not been discovered for RLS, but it is believed to be related to a chemical imbalance of dopamine in the brain, which is involved in signaling the muscles.3 “Restless legs syndrome.” Mayo Clinic. 19 January 2012. Accessed 21 June 2013. http://www.mayoclinic.com/health/restless-legs-syndrome/DS00191/DSECTION=causes   There appears to be a genetic component, and changing hormone levels during pregnancy or menopause can make RLS worse. If the symptoms are mild, activities that loosen the muscles can provide some relief.  That might mean taking a warm bath or performing some light stretching exercises before bedtime.

In patients with more extreme symptoms, doctors will frequently turn to prescription medications to combat the problem.  However, while the drugs that they use might stop the pain brought on by RLS, they only manage the symptoms without clearing up the cause of the condition.  The combination that has been FDA approved to treat RLS, ropinirole and pramipexole, are typically prescribed for those with Parkinson’s disease.  They can lead to side effects including dizziness, fainting,4 “Ropinirole.” Drugs. 1 May 2013. Accessed 21 June 2013. http://www.drugs.com/cdi/ropinirole.html extreme drowsiness, nausea, hallucinations, and more.5 “Mirapex.” RxList. 15 March 2013. Accessed 21 June 2013. http://www.rxlist.com/mirapex-drug.htm

Instead, there are natural health remedies for relieving RLS.  In addition to relaxation techniques, massage, and physical therapy, it can be successfully treated with dietary and lifestyle changes, hormonal balancing, and detoxification.  Supplementing with iron, folic acid, magnesium, and vitamin E can correct some deficiencies that may trigger the disorder.  A progesterone crème may be useful in balancing estrogen levels in the body for both men and women.  And detoxes of the intestines, liver and gallbladder, blood, and for heavy metal removal may help.  For more on RLS and its treatments, check out Jon Barron’s article, aptly titled Restless Legs Syndrome, Natural Alternative.

In any event, it would seem from the results of the Harvard study that RLS should be taken quite seriously, even in those with milder cases.  Trying a natural remedy may prove very effective with essentially no risk of complications.  Keeping RLS–along with other risk factors for early death–in check can hopefully help everyone with the condition live a long, healthy life.