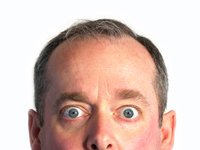 Like OJ Simpson, who went from being a media darling to a media devil overnight, fish oil has experienced a rapid nosedive in reputation. Until recently, everyone who cared about health popped fish oil supplements daily, but then a series of studies cast doubt on whether that was a wise thing to do.  First, back in 2011, a study proposed a link between high levels of omega-3s and prostate cancer. Then a few months ago, we reported research that concluded that Omega-3 supplements, for all the hype, actually did zilch to protect health. Now, a new study “apparently” corroborates the earlier research indicating that fish oil may significantly increase the risk of one of the most prevalent men’s health issues: prostate cancer.1 Crane, Misti. “Study: Fish oil might increase prostate cancer risk.” 11 July 2013. The Columbus Dispatch. 12 July 2013. http://www.dispatch.com/content/stories/local/2013/07/10/Study-warns-against-fish-oil-supplements-for-men.html

The 2011 prostate study found that men with the highest levels of DHA–which is the supposedly heart-healthy type of omega-3 found in fish–developed prostate cancer at two-and-a-half times the rate of those with the lowest levels. And those with the highest levels of synthetic, manmade, trans-fatty acids (those bad-for-you fats that lead to heart disease) somehow magically reduced the risk of aggressive prostate cancer by half. In other words, what’s naturally good for the heart apparently isn’t good for the prostate. And what’s synthetically bad for the heart is good for the prostate. Or to put it yet another way, some experts contend that although omega-3 may reduce inflammation, at the same time, it possibly increases oxidative stress to DNA, which creates ripe circumstances for cancer to develop. When you think about it, that’s pretty astonishing. It’s only one step away from Woody Allen’s Sleeper, in which doctors in the future determine that cigarettes and ice cream sundaes are powerful health enhancers.

One of the chief conclusions experts seem to have drawn from this research is that people should stop taking omega-3 supplements right away. And some of these experts imply that that if fish oil supplements aren’t good for you, other supplements also may be harmful. For instance, study co-author, Dr. Alan Kristal who is an epidemiologist at the Fred Hutchinson Public Health Center in Seattle, said, “We’ve shown once again that the use of nutritional supplements may be harmful. Why would you do it [take fish oil supplements]? Americans have been sold a complete bill of goods on supplements. I think the message increasingly is that these are not good for you.”

Andrew Vickers, a statistician specializing in prostate cancer at Memorial Sloan-Kettering Cancer Center, chimes in, “The problem comes when you take components of a diet and put it in a pill.”2 Groden, Claire. “Hold the Salmon: Omega-3 Fatty Acids Linked to Higher Rate of Cancer.” 11 July 2013. Time. 12 July 2013. http://healthland.time.com/2013/07/11/hold-the-salmon-omega-3-fatty-acids-linked-to-higher-risk-of-cancer/

The irony here is that the study did not actually track what the subjects ate or which supplements they took. Instead, the researchers simply analyzed blood samples to measure the levels of fatty acids they contained, and then they observed that the samples with the highest levels of fatty acids seemed to belong to subjects with the highest rates of prostate cancer. No information about the overall lipid profiles of those who had prostate cancer was provided.

In fact, the blood samples were taken from men participating in another study–which was seriously flawed–that analyzed the effects of selenium and vitamin E in prostate cancer. Even more ironic is the fact that when asked, the vast majority of the subjects claimed they did not take omega-3 supplements at all. And so it’s quite unclear why the subjects with prostate cancer had elevated fatty acid levels in the first place. It could be that they ate more fish; it could be they took more supplements of other kinds. The only thing that “appears” to be clear is that elevated omega-3 levels do seem to be associated with increased risk of prostate cancer…at least according to the two cited studies. Then again, it’s theoretically possible that prostate cancer interferes with the body’s ability to process omega-3s, and that it’s the cancer causing the high levels of omega-3s rather than the other way around.

Before throwing fish overboard because two studies seemingly came to the same conclusion, though, it’s important to note that this study and the 2011 study did not actually independently corroborate each other. They were conducted by the same team. It’s also worth noting that  almost every conclusion they came to flies in the face of everything we know about fats and cancer. For example, the current study “found” that omega-6 fatty acids were associated with a lower risk of prostate cancer, which contradicts almost all previous research. In fact, other studies have found that excessive omega-6 fatty acids contribute to the risk of prostate cancer. Certainly no other study has corroborated  their stunning conclusion that synthetic trans fatty acids are cancer protective.

If you’re confused about whether to take your omega-3s, at the least take note that it may be a different story for preventing cancer in women. In the study we reported a few months ago, women taking omega-3 supplements had an 18-percent lower incidence of death and hospital admissions compared to those taking the placebo, although men showed no benefit at all.

If you do want to keep supplementing with marine-based omega-3’s, you might want to consider switching over to krill oil because, as Jon Barron noted in a previous blog, “Krill oil contains phospholipids specially integrated with omega-3 essential fatty acids. This unique structure provides important cell membrane building blocks in the right ratios for use by the body.”

Jon Barron notes that the referenced studies are seriously flawed and should not necessarily be taken at face value. He points out that there are far more studies that show that omega-3 fatty acids are actually prostate cancer protective. For example, a 2009 study out of UC San Francisco found that men with high genetic risk of prostate cancer who ate high omega-3 fish such as salmon had a 63% reduced risk of developing the disease. That study also found that men who consumed little to no fish incurred a fivefold increased risk of developing advanced prostate cancer. The researchers concluded that omega-3’s might decrease inflammation in the prostate and slow the progression of cancer by having an effect on the gene.3 Adam C. Reese, Vincent Fradet, John S. Wittea. “Omega 3 Fatty Acids, Genetic Variants in COX-2 and Prostate Cancer.” J Nutrigenet Nutrigenomics. 2009 October; 2(3): 149–158

These results were reflected in a 2010 study that found no “reduction” in prostate cancer incidence from omega-3 fatty acids, but did find a stunning 63% decrease in prostate cancer-specific mortality.4 Szymanski KM, Wheeler DC, Mucci LA. “Fish consumption and prostate cancer risk: a review and meta-analysis.” Am J Clin Nutr 2010;92:1223-33. http://www.ncbi.nlm.nih.gov/pubmed?term=20844069

Likewise, a 2012 study out of Harvard found that eating oily fish regularly can significantly increase your chance of surviving prostate cancer. The findings, which were published in the American Journal of Epidemiology found patients who regularly ate the highest amounts of omega-3 fish oil were between 34 to 40 per cent less likely to die from the disease.5 Epstein M, Kasperzyk L, Mucci LA, et al. Dietary Fatty Acid Intake and Prostate Cancer Survival in Örebro County, Sweden. American Journal of Epidemiology. Published online July 10, 2012.  http://aje.oxfordjournals.org/content/early/2012/07/10/aje.kwr520.full.pdf+html

Most notably, though, studies which have specifically tracked a large population of men over an extended period of time to specifically determine whether or not the consumption of high omega-3 foods was prostate cancer protective or not have confirmed it is. For example, a population-based prospective cohort study that tracked 6272 Swedish men over 30 years found that those who ate no fish had a two-fold to three-fold higher frequency of prostate cancer versus those who ate moderate or high amounts of fatty fish.6 Terry P, Lichtenstein P, Feychting M, Ahlbom A, Wolk A. “Fatty fish consumption and risk of prostate cancer.” Lancet. 2001 Jun 2;357(9270):1764-6.  http://www.ncbi.nlm.nih.gov/pubmed/11403817

In the end, the most startling conclusion of the study is that people should stop taking omega-3 supplements right away — a conclusion immediately echoed by a number of commenting doctors. Understand, doctors are smart people; but just because someone’s smart doesn’t mean they can’t say stupid things. How can you possibly come to the conclusion from this study that people should stop taking omega-3 fatty acid supplements when the study itself points out that the vast majority of the subjects claimed they did not take omega-3 supplements at all?