A new report just published in the Archives of Surgery says that one out of every six US surgeons has a drinking problem.  The finding comes from a survey sent out to more than 25,000 surgeons, 7,000 of whom responded. Why are the drinking rates so high for surgeons, and what does this mean to you when you have to go in for surgery?  Find out in this podcast.

Before going under the knife, you might want listen to this health podcast about medical negligence. The next 25 minutes could save your life.

A new study published by the Archives of Surgery reported some alarming alcohol abuse statistics among surgeons in the U.S. A survey found that one out of six surgeons admit to having a problem with alcohol abuse. The survey was sent out to 25,000 surgeons, 7,000 of whom responded.

The alcohol dependence rate among the general population is nine percent. The alcohol abuse rate for surgeons is 15 percent. The study also reports disturbing news correlating alcohol abuse statistics among surgeons and medical negligence and malpractice. Out of 722 surgeons who admitted to making a major medical mistake, a majority–77 percent–admit to having an alcohol abuse problem. 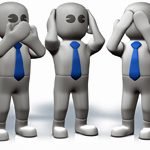 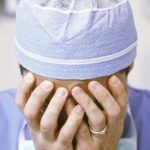