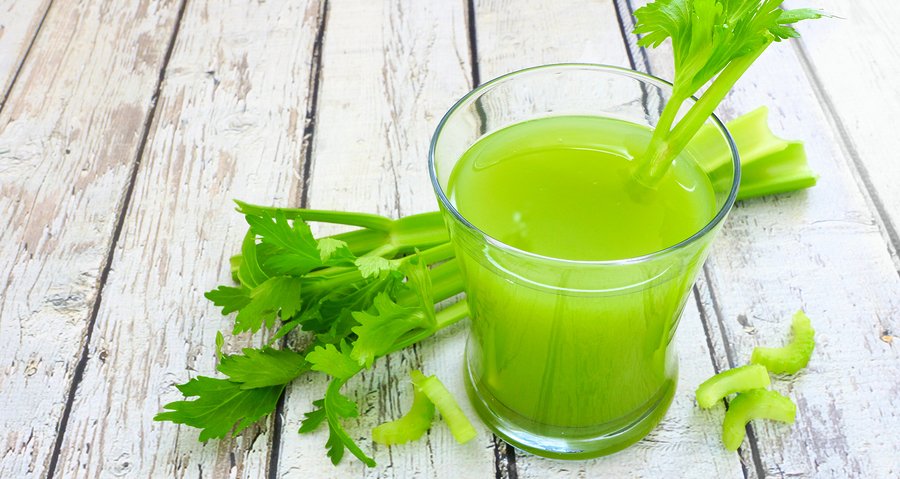 Friends of mine recently complained that they couldn’t find celery anywhere. The grocery store was sold out. So was the health food market. When celery did appear on the shelves, the price was outrageous. Turns out, shortages and high prices have affected far-flung places worldwide. In California, a stalk of the green stuff is now 250-percent higher than it was a year ago. In Australia, prices have spiked by 300 percent.1Zhou, Naaman. 27 March 2019. “Now you’re stalking: celery prices soar 300% as juicing craze drives up demand.” The Guardian. 29 March 2019. http://www.theguardian.com/food/2019/mar/27/now-youre-stalking-celery-prices-soar-300-as-juicing-craze-drives-up-demand The rise in cost is mostly due to bad weather that damaged the crop, but also is being driven by excessive demand.

The cause is the wild, new-found popularity of celery juice as a healthy tonic. Celery juice is trending, to the tune of over 35,000 recent Instagram endorsements and 62 million Google results. The craze may be attributed to Anthony William, the Medical Medium, who believes that 16 ounces of fresh celery juice should be consumed first thing in the morning before eating or drinking anything else.2 Conti, Gabi. “Everyone is Drinking Celery Juice — But is it Healthy? We Dive into the Science Behind the Trend.” MBG Food. 29 March 2019. http://www.mindbodygreen.com/articles/science-behind-celery-juice-trend He advises drinking the juice alone, with nothing mixed in. William has over a million Instagram followers including stars like Allison Janey, Robert De Niro, Pharell, Naomi Campbell, and Gwyneth Paltrow. These big celebrity endorsements have helped word spread.

But that’s not all. William claims that the mineral salts in celery jump-start neurotransmitters in the brain, helping alleviate mental and emotional problems such as depression, anxiety, post-traumatic stress disorder, Alzheimer’s disease, attention-deficit/hyperactivity disorder, and even psychotic conditions such as bipolar disorder.  Plus, he says it boosts the immune system and kills bacteria, plus heals the digestive system.

“It’s miracle tonic that is changing the shape of alternative medicine like never before,” he says. Proponents point out that celery juice has helped them lose weight.

Not all agree that celery juice is the miracle that the Medical Medium claims it is. Experts like Dr. Lisa Young, a professor of nutrition at New York University and registered dietician, insist the claims are overblown. “There’s always a flavor of the moment that people latch onto. Celery just happens to be it at the moment…There’s no magic to it. The science is not there.”4Todd, Carolyn L. “Surprise: Celery Juice Will Not Cure All Your Health Issues.” 25 January 2019. Self. 1 April 2019. http://www.self.com/story/celery-juice-trend-health-benefits Registered dietitian Ashley Koff agrees. “There is no one food that will cure your cancer, inflammatory disease, or other ailment, so don’t believe the hype you see and hear on Instagram,” she says. And Keri Gans, also a nutritionist and author of The Small Change Diet, adds, “The assumptions about what celery juice can do are not being supported by sound conclusive evidence by the scientific community.”

The naysayers point out that celery is 95 percent water. They suggest that the main benefit of celery juice is that it’s hydrating. Getting hydrated first thing in the morning, before eating, is beneficial on many levels, including that it may diminish appetite—whether the hydration comes from water or celery juice. The gram of fiber per stalk that celery provides is lost in the juicing process, leading many nutritionists to claim that it would be more beneficial to just drink water and then eat some whole celery to get the benefit of the fiber. Critics of celery juice point out that consuming the juice leads to a more rapid blood sugar response than eating the intact vegetable, plus, juicing may destroy some of the beneficial flavonoids and phytochemicals.5Cassata, Cathy. “Celery Juice: Healthy or Hype?” 21 February 2019. Healthline. 1 April 2019. http://www.healthline.com/health-news/celery-juice-healthy-or-hype

The truth is that celery juice hasn’t been studied extensively yet, which makes the medical establishment suspicious of claims regarding its benefits, particularly when those claims originate with a health advocate like the Medical Medium, who holds no medical credentials at all. Instead, William receives intuitive guidance about disease and healing. The fact that his health books boast an average 4.5 stars with well over 10,000 ratings from users who believe his advice healed them does not sway the scientists, nor do the testimonials of his three-million-plus rabid fans on Facebook.

What is verifiable is that celery does contain some vitamins and minerals, particularly vitamin C, vitamin K, and potassium, so it’s healthy enough. And there has been a small bit of supportive research. One rodent study in 2014 found that a flavonoid called apigenin, found in celery (as well as in parsley, chamomile, and several other sources) slowed the progression of gastritis and gastric cancer. An earlier study indicated that celery juice seemed to alleviate the negative effects of chemotherapy. And several studies at the University of Illinois found that celery contains a flavonoid called luteolin that slows the growth of pancreatic cancer cells.

The most significant human findings to date indicate that celery may have a beneficial effect on blood pressure. A 2014 study of 30 hypertensive patients published in the Natural Medicine Journal found that celery seed extract lowered blood pressure by up to 14 percent when taken for six weeks. The results are a little suspect since the lead researchers were principal stakeholders in the company producing the celery seed extract used in the research.6Madhavi, Doddabele. “A Pilot Study to
Evaluate the Anti-Hypertensive Effect of a Celery Extract in Mild- to Moderate Hypertensive Patients.” April 2013. Natural Medicine Journal. http://www.naturalmedicinejournal.com/journal/2013-04/pilot-study-evaluate-antihypertensive-effect-celery-extract-mild-moderate (Also, it’s probably worth mentioning that celery seed extract and celery juice are not the same thing; and they have very different properties.) That said, the researchers did report that when the subjects consumed whole celery, their blood pressure also fell, with one subject dropping from 158/96 to 118/82 in just a week after consuming a quarter of a pound of celery, or about four stalks, daily. According to the Cleveland Clinic, the anti-hypertensive effect is due to phytochemicals found in celery called pthalides. Pthalides act to relax artery walls. As the artery walls become more flexible, blood can flow more freely, and that results in reduced blood pressure.7“Celery May Help Bring Your Blood Pressure Down.” 9 April 2015. Cleveland Clinic Health Essentials. 2 April 2019. http://health.clevelandclinic.org/celery-may-help-bring-your-high-blood-pressure-down/

Should you hop on the celery bandwagon and start juicing? Bottom line is it certainly can’t hurt. At a minimum, you’ll start your day hydrated and keep your blood pressure at healthier levels. Very quickly, you’ll see for yourself if it makes a difference while you wait for the research to catch up. If you don’t own a juicer or if you believe the nutritionists, you can simply add more whole celery to your diet. Experts recommend a cup a day, chopped, or four stalks.