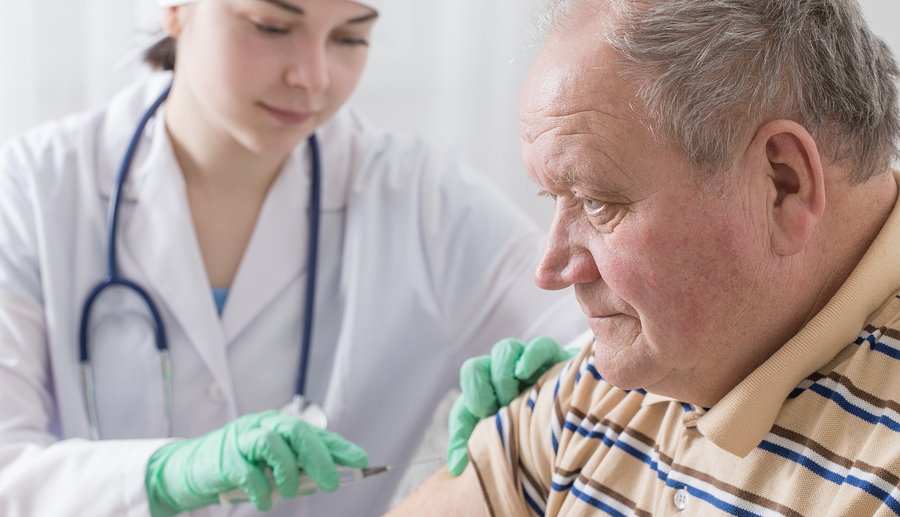 If you were around when Bonanza was a phenomenon, you’re of the age where your doctor will probably advise you (or even strong-arm you) to get a pneumonia vaccine. You’ll be told it’s a whole lot more effective than flu shots, it’s harmless, and plus, one dose does it forever. No annual boosters.

The fact is, pneumonia is very dangerous, especially for seniors and children. Approximately 900,000 Americans get the disease each year, and of those a startling proportion—400,000 to 550,000­­­—will end up in the hospital.1 “Pneumococcal Disease.” Centers for Disease Control. 11 December 2018. http://www.cdc.gov/pneumococcal/about/facts.html 2 http://www.cdc.gov/nchs/fastats/pneumonia.htm Pneumonia is the eighth leading cause of death in the US, the world’s leading cause of death for kids under five and the second most common cause of adult hospitalizations in the US, just behind childbirth.3 http://www.thoracic.org/patients/patient-resources/resources/top-pneumonia-facts.pdf Between 47,000 and 63,000 people in the US die from pneumonia each year; deaths from pneumonia far outnumber those from the flu.4 “Deaths from Pneumonia.” Right Diagnosis. 14 December 2018. http://www.rightdiagnosis.com/p/pneumonia/deaths.htm According to the CDC, there were 32 deaths among those 18-65 from flu reported in a single week in the US in 2015, versus 667 from pneumonia.5 “Deaths from Pneumonia and Influenza (P&I) .” Centers for Disease Control. 14 December 2018. http://data.cdc.gov/Health-Statistics/Deaths-from-Pneumonia-and-Influenza-P-I-and-all-de/pp7x-dyj2/data Among those older than 65, there were 77 deaths from the flu and 2,752 from pneumonia. And truth be told, flu and pneumonia are connected; many of those deaths from pneumonia are the result of flu exhausting the immune system, thereby allowing opportunistic pneumonia to take hold.

In any case, while antibiotics can help fight pneumonia, the death rate from pneumonia hasn’t improved much since the advent of antibiotics. The reasons for this include antibiotic resistance, the fact that some pneumonias are viral, and that pneumonia can cause other problems.

Because pneumonia is particularly dangerous to elderly people, it’s clear why medical professionals would advise their senior patients to protect themselves. But does the pneumonia vaccine provide that protection? And if so, at what cost?

Before unrolling your sleeve for the shot, it’s important to understand that pneumonia isn’t caused by a single microbe. The disease may be caused by a virus, by fungi, or by one of hundreds of strains of bacteria.6 “How many different strains of pneumonia are there?” Health Tap. 14 December 2018. http://www.healthtap.com/user_questions/127033-how-many-different-strains-of-pneumonia-there-are The Pneumovax 23 (PPSV23) vaccine, introduced by Merck in 1983, ostensibly protects against 23 of the most common bacterial agents causing pneumonia.7 “Pneumococcal Disease.” The History of Vaccines. 14 December 2018. http://www.historyofvaccines.org/content/articles/pneumococcal-disease-0 There’s also a second shot available since 2010, called Prevnar 13, that protects against 13 additional strains. Current CDC recommendations for seniors call for getting both vaccines spaced six months to a year apart, while kids under two get just the Prevnar 13 unless they’re in certain risk groups. While these two vaccines have some efficacy in preventing new cases of the 36 strains of pneumonia they protect against, neither shot nor a combination of the two can protect against every form of pneumonia. The scary thing is that the bacteria that cause pneumonia tend to mutate at an alarming rate, meaning that new strains of bacterial pneumonia keep surfacing.8 Dr. Mercola. “Pneumonia Vaccine Shown to Actually Increase Bacterial Infections It is Supposed to Prevent.” 22 May 2012. Mercola. 14 December 2018. It appears that the vaccines, by causing bacteria to work hard, may inadvertently have triggered mutations that created new drug-resistant super-strains of pneumonia.

Dr. Brownstein suggests that vaccines in general are wasted on seniors. “There aren’t any vaccines that work well in the elderly,” he says. “Their immune systems don’t respond well to vaccines…”

But in 2014, Pfizer released results of an 85,000-subject study finding that the Prevnar 13 vaccine reduced pneumonia infection (from the targeted 13 strains of bacteria) by 45 percent in elderly subjects.11 “Pfizer Presents Detailed Results from Landmark Community-Acquired Pneumonia Immunization Trial in Adults (CAPITA) Evaluating Efficacy of Prevenar 13.” 12 March 2014. Pfizer. 14 December 2018. http://www.pfizer.com/news/press-release/press-release-detail/pfizer_presents_detailed_results_from_landmark_community_acquired_pneumonia_immunization_trial_in_adults_capita_evaluating_efficacy_of_prevenar_13 Again, this study was run by the company selling the product, and 45 percent isn’t stellar. Other studies have found similar spotty performance.12 Roos, Robert. “Studies show pneumococcal vaccines’ protection varies.” 18 February 2016. University of Minnesota CIDRAP. 14 December 2018. http://www.cidrap.umn.edu/news-perspective/2016/02/studies-show-pneumococcal-vaccines-protection-varies Nevertheless, given how deadly pneumonia is an argument can be made in favor of the vaccine.

Other than mediocre performance, the other problem is the side effects. Vaccines may contain toxic preservatives such as phenol, formaldehyde, or mercury, and these are cumulative in the body. You probably already have a build-up of phenol, particularly if you must have regular tuberculosis tests at your job. While most sources minimize the risk of side effects (maybe just a little soreness at injection site), the facts tell a different story. According to Drugs.com, these are some of the more common reactions to Pneumovax 23:13 http://www.drugs.com/sfx/pneumococcal-23-polyvalent-vaccine-side-effects.html

More serious complications include Guillian-Barre Syndrome, cellulitis, arthritis, convulsions, heart failure, angina, colitis, edema, allergic reaction, and more, including death. It’s interesting to note that an article posted on Medicine.net, states, “Pneumococcal vaccine uncommonly causes side effects. Reported side effects include soreness and/or redness at the site of the injection, fever, rash, and allergic reactions.”14 Schiffman, George. “Pneumococcal Vaccination (Pneumonia Vaccine). Medicine.net. 14 December 2018. http://www.medicinenet.com/pneumococcal_vaccination/article.htm#what_is_pneumococcal_vaccination The article netted 100 comments, all seeming to describe severe reactions, many involving extreme pain and swelling, and many voicing some variation of “never again.” Ironically, while I was writing this article, the news reported that the Incredible Hulk star Lou Ferrigno ended up in the hospital because his pneumonia vaccine went awry.15 http://www.msn.com/en-us/movies/celebrity/the-incredible-hulks-lou-ferrigno-hospitalized-after-pneumonia-vaccination-goes-wrong/ar-BBQVVex?li=BBnb4R7

Everything considered, should you get the pneumonia vaccine? Again, pneumonia is dreadful and dangerous, and reducing your chances of infection may be worth the vaccination risks and discomforts for some, but don’t forget that you can bolster your immune system in more natural ways. Eat right, detoxify your system, wash your hands, and take a good immune-building formula to remain resilient and disease free. And keep in mind that even if you get the vaccine—and perhaps especially if you get it—boosting your immune system makes all the sense in the world since the stronger your immune system when vaccinated, the better your immune system will respond to the vaccine and the more protective it will be. Also, it’s a good idea to keep a supply of natural antipathogens capable of taking on bacteria, viruses, and fungi  in your medicine cabinet—just in case.