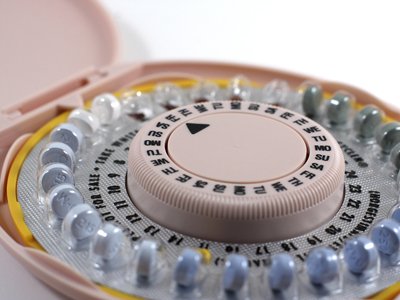 Hormonal birth control methods such as the Pill are immensely popular. In fact, 2013 research by the Centers for Disease Control and Prevention in Atlanta discovered that the Pill has been taken by 80 percent of sexually active women in the United States at some point.1 Daniels, Kimberly; Mosher, William D.; and Jones, Jo. “Contraceptive Methods Women Have Ever Used: United States, 1982-2010.” Centers for Disease Control and Prevention. 14 February 2013. Accessed 25 January 2015. http://www.cdc.gov/nchs/data/nhsr/nhsr062.pdf The benefits are appealing to many, as you can easily get a prescription for birth control pills from your doctor, there is no pressure to scramble for protection when the mood arrives suddenly, and there’s the added bonus of very regular menstruation. However, the Pill has also been linked to plenty of problems, including certain forms of cancer, glaucoma, and hypertension. And now, it appears there may be another thing for Pill users to worry about. According to new research, these contraceptives may increase the risk of a certain type of brain tumor.

The study, which took place at Odense University Hospital in Denmark, found that taking hormonal contraceptives is associated with a higher chance of developing a glioma, a rare type of brain tumor that can form in the supportive glial tissue of the brain.2 Mozes, Alan. “Birth control pill may be linked to rare brain tumors.” CBS News. 22 January 2015. Accessed 25 Jan. 2015. http://www.cbsnews.com/news/birth-control-pill-may-be-linked-to-rare-brain-tumors The subjects were 317 Danish women between the ages of 15 and 49 who were recorded in a government database as being diagnosed with a glioma from 2000 through 2009. A control group of more than 2,100 Danish women in the same age range who had not developed a glioma were used as a basis of comparison.

In the group with gliomas, the scientists discovered close to 60 percent had used a hormonal contraceptive at some point in their lives, whereas approximately half of the control group had taken these contraceptives. They determined that the risk of developing a glioma was one-and-a-half times higher in those who had used birth control pills. And the risk spiked further to a nearly two-and-a-half fold increase in those women whose contraceptives contained the synthetic form of progesterone known as progestogen (aka progestin) instead of estrogen. Progestogen birth control pills are often called the minipill, and may be prescribed to women for whom estrogen-containing pills are contraindicated because they smoke or have high blood pressure.

In addition, the likelihood of a glioma diagnosis appeared to be elevated as a woman remained on birth control pills for a longer period of time. The researchers found that those who had taken any type of hormonal contraceptive for less than one year experienced a 40 percent higher risk of glioma than did their counterparts who had never used these kinds of birth control. In women who took hormonal contraceptives for five years or longer, the risk of developing a glioma was almost double that of the women who didn’t use them. As a side note, gliomas are the same kind of tumor associated with heavy cell phone use, which means you probably want to avoid spending a lot of time on your cell phone if you’re on the Pill.3 Hardell L, Carlberg M, Söderqvist F, Mild KH. “Case-control study of the association between malignant brain tumours diagnosed between 2007 and 2009 and mobile and cordless phone use.” Int J Oncol. 2013 Dec;43(6):1833-45. http://www.ncbi.nlm.nih.gov/pmc/articles/PMC3834325/

While the research was not designed to prove cause and effect, the findings appear to establish a clear association between birth control pills and gliomas. And although gliomas are not commonly found, they do make up 30 percent of all brain tumors and a whopping 80 percent of all malignant tumors,4 “Brain Tumor Statistics.” American Brain Tumor Association. 2014. Accessed 26 Jan. 2015. http://www.abta.org/about-us/news/brain-tumor-statistics so anything that might increase the chances of one forming is hard to justify as being worth the risk.

Aside from the Pill, hormonal contraceptives are a category that also includes birth control patches, rings, injections, implants, and the like. The entire category prevents pregnancy by introducing synthetic hormones to preclude ovulation. But, as was mentioned earlier, they have also been implicated in some types of cancer and high blood pressure. So ultimately, the convenience and other surface advantages of taking these methods of birth control don’t really measure up when weighing the risks versus benefits. And the Pill and other hormonal contraceptives may help you avoid getting pregnant, but they don’t protect you from sexually transmitted diseases such as Chlamydia, herpes, HIV, HPV, and more. The only way to eliminate exposure to these infections–other than abstinence, of course–is to use a condom consistently and put it on carefully every time you are intimate. Also, as Jon Barron has pointed out on multiple occasions, if you’re planning to take any hormonal product, try and opt for the natural or bioidentical versions as opposed to synthetics. 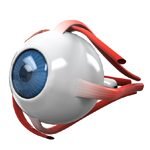 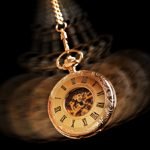 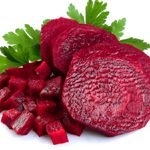