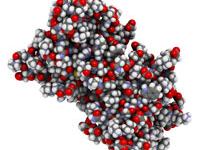 The Health Benefits of Superoxide Dismutase

Considered to be quite possibly the most powerful antioxidant our body creates, superoxide dismutase (SOD) is an enzyme found in almost all living cells. To really understand how this enzyme works in your body, you need to understand the negative effects of free radicals and oxidative stress.

Oxidative stress occurs when there is imbalance between the production of free radicals and the body’s ability to defend or detoxify their harmful effects. If you are familiar with free radicals at all, you are probably aware of their damage potential. They are thought to be a contributing factor to a number of diseases including atherosclerosis, stroke, and arthritis.

A free radical is an especially reactive atom or group of atoms that has one or more unpaired electrons. If you remember your high school chemistry, you will remember that electrons come in pairs. When one electron is lost from that pair, it makes the atom “highly reactive” as it looks to replace that lost electron anywhere it can. In your body, those replacement electrons come from cells in your body–destroying those cells in the process. Your body is constantly replacing and repairing cells damaged by free radicals; but with the way we live and abuse ourselves, our bodies are bombarded with more free radicals than they can handle.

How Antioxidants Can Help

By supplementing with antioxidants, we help our bodies keep up with the carnage, and it is even possible to reverse some of that damage. So, what are antioxidants? Antioxidants, quite simply, are compounds that render free radicals harmless and stop the chain reaction formation of new free radicals.

Many scientists believe that free radicals are the major villain in both aging and the diseases associated with aging. The amount of cells destroyed over the years by free radicals is enormous. Free radicals literally “eat away” the major organs of the body. The use of antioxidant supplements at a maintenance level may provide the ultimate defense against premature aging and a compromised immune system. At therapeutic levels, antioxidants may actually play a significant role in reversing many of the effects of aging and disease.

A Closer Look at One Free Radical Culprit

One harmful free radical in particular is the superoxide radical (O2-). It is produced as a byproduct of oxygen metabolism and causes many types of cell damage. Most notably, the superoxide radical attacks cell mitochondria. When mitochondria are destroyed, the cell loses its ability to convert food to energy. It dies. In fact, superoxide may contribute to the development of many diseases (the evidence is particularly strong for radiation poisoning and hyperoxic injury), and perhaps also to aging via the oxidative damage that it inflicts on cells.

How Superoxide Dismutase Protects the Body from the Superoxide Radical

SOD also works in the cytoplasm of the cell to prevent the hydroxyl radical from attacking enzymes, proteins, and the unsaturated fats in cell membranes. SOD is an extremely efficient enzyme; it catalyzes the neutralization of superoxide nearly as fast as the two can diffuse together spontaneously in solution. These are a few reasons you’ll find SOD as an ingredient in Jon Barron’s Ultimate Antioxidant formula.

In addition to helping eradicate free radicals, SOD has been used to help with:

How to Take Superoxide Dismutase

While some grains and products do contain SOD naturally, when the antioxidant is ingested it is destroyed by the body’s stomach acids and intestinal enzymes. Leaving little to none left to enter the bloodstream. This means the most viable source of this antioxidant is in concentrated form from a supplement, such as Jon Barron’s Ultimate Antioxidant formula.