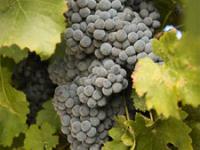 Many people wonder, “what is resveratrol?” For many years, grape seed extract was a hot seller (packaged as OPCs). In an interesting twist, it turns out that an important part of the grape was being left behind! The skin, which was being discarded in favor of the seeds, actually contains a powerful phytoalexin antioxidant known as resveratrol.

Resveratrol is a naturally occurring antioxidant that decreases the “stickiness” of blood platelets and helps blood vessels to remain open. In addition, resveratrol appears to have estrogen-like properties and may be helpful in the treatment of breast diseases. Also, studies indicate that resveratrol can profoundly inhibit glucose uptake in HL-60 and U937 cells. Thus, resveratrol may prevent or abate metabolic disorders such as obesity and type 2 diabetes.

In controlled studies, the benefits of resveratrol have been shown to reduce skin-cancer tumors by up to 98% and to stop production of leukemia cells. In addition, it works as a Cox inhibitor, thus halting the spread of cancer throughout the body.

And in 2003, the results of a study were released that showed that the benefits of resveratrol extended the lifespan of yeast cells by 70% by activating a “longevity gene” expressed during caloric restriction. Since mammals have the same “longevity gene” and since caloric restriction is known to extend the lifespan of mammals, scientists speculated humans might be able to receive the longevity benefits of caloric restriction simply by supplementing with resveratrol. And in fact, subsequently, resveratrol hit the news big time for its suspected ability to extend life and emerged as “the” hot antioxidant of the day, both in its supplement form and as a component of red wine, its most commonly identified natural source.

Resveratrol, however, is not an indispensable component of red grapes or wine. It is synthesized by plants on an as-needed basis, as a defense against parasites (primarily molds). Once abundant in red wine, it is now almost absent due to the use of pesticides. In other words, if you want resveratrol, you pretty much have to supplement. The most common source for supplemental trans-resveratrol and its natural analogs, now that red wine no longer works, is Japanese Knotweed, a plant at one time considered a major nuisance weed. Go figure!

First, resveratrol comes in many different concentrations of its active component, from 8% (or less) to as high as 96% purity. One concentration is not necessarily better than the other, but you do have to use more of the lower concentration to get an equivalent dosage. For example, you will need 60 mg of a 50% resveratrol or 300 mg of a 10% extract to get the same dosage as 30 mg of a high purity resveratrol (as a side note, Jon Barron’s Ultimate Antioxidant formula now has 150 mg of 50% resveratrol). It doesn’t matter, though, how you get there, as long as you get there.

A bigger concern is the question of bioavailability. Pure trans-resveratrol tends not to have good bio-availability because it is rapidly metabolized by the liver. As found in nature, however, resveratrol is predominantly coupled with sugar. In this form, it is highly bio-available (making it a better choice) and, as an added bonus, more stable, which brings us to the third issue — stability. This, of course, is the reason that Jon Barron chose a higher dose of less concentrated resveratrol — better bioavailability.

There has been a lot of noise in many resveratrol ads concerning stability. And yes, in nature, resveratrol is subject to degradation when exposed to light, oxygen, or heat, which can alter it from its more active trans-resveratrol form to its lesser active cis-resveratrol form. Recent stability studies, however, have shown that resveratrol supplements, particularly in the sugar bound form, are generally stable for at least two years with no special packaging or storage required. In other words, this is, for the most part, a non-issue when it comes to choosing a resveratrol supplement.