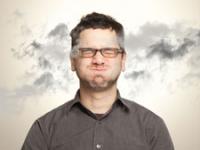 NAC is great for dissolving and loosening mucus, so it is commonly used for chronic bronchitis, COPD, hay fever, and respiratory disorders.

Let’s turn the spotlight on N-acetyl-cysteine, an antioxidant produced by the body and commonly referred to as NAC for short. NAC plays a role in detoxification and can neutralize free radicals that damage DNA and healthy cells. It is one of the most powerful antioxidants known to man.

NAC is great for dissolving and loosening mucus, so it is commonly used for chronic bronchitis, chronic obstructive pulmonary disease (COPD), hay fever, and respiratory disorders such as cystic fibrosis and COPD. It is also used for treating some forms of epilepsy; ear infections; complications of kidney dialysis; chronic fatigue syndrome (CFS); and an autoimmune disorder called Sjogren’s syndrome.

It is also used to treat or prevent more familiar conditions such as preventing sports injury complications; radiation treatment; increasing immunity to flu and H1N1 (swine) flu; as a hangover remedy; and for detoxifying heavy metals such as mercury, lead, and cadmium.

One study done on rats showed that rats with a NAC diet had less cellular damage from cancer-causing substances and fewer carcinogen-induced lung, colon, and bladder tumors compared to rats fed on a normal diet. Other studies showed that NAC supplement slows tumors and metastasis.1

One of its biggest benefits to city dwellers is its ability to protect against toxic aldehydes that enter the body through cigarette smoke and pollution. This fact alone should make it a mandatory addition to your supplement routine for urban dwellers and smokers.

Lastly, one of the keys to a healthy immune system and for cancer prevention is to maintain high levels of glutathione in the body. Your body produces its own glutathione, but bad diet, pollution, toxins, medications, stress, aging, infection, and much more all deplete your levels of glutathione. Unfortunately, supplementing with glutathione doesn’t really help. Fortunately, there are alternatives. Supplementation with N acetyl cysteine (NAC) has been proven to substantially raise the body’s glutathione levels.