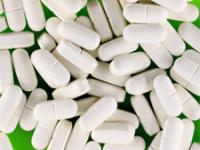 Magnesium is the activating mineral for close to 400 different enzyme reactions in the body (that we know about) – more than any other mineral. Too little magnesium literally impacts your body negatively in hundreds of ways.

The benefits of magnesium supplements are best understood when you know what magnesium does. Magnesium deficiency can cause the development of a number of issues, including asthma, diabetes, osteoporosis, and even teeth grinding and leg cramps. Lack of sufficient magnesium to calcium ratios can also cause senility and cause arteries to harden, putting you at risk for heart problems. And what makes the problem even worse is that magnesium is much harder for your body to absorb and utilize than calcium. This fact alone makes a joke of the standard 2:1 ratio of calcium to magnesium found in most supplements. Based on absorption, the ratio provided by most supplements is much closer to 6:1 or even 8:1 in favor or calcium — a very unhealthy ratio.

The interesting thing is that our worldwide obsession with calcium actually started in the 1950’s under pressure from the American dairy industry. Before then, historically, people didn’t consume much calcium – and had very few problems with osteoporosis. What they did consume was magnesium – almost five times as much magnesium as we consume today. Which brings up a key point: the health of our bones depends far more on other factors such as magnesium, boron, and vitamin D than it does on calcium. In fact, consumption of too much calcium is just plain damaging to your bones and your health in general. The bottom line is that magnesium is the most important major mineral needed by your body, and unfortunately, the one that is most often depleted.

And if that isn’t enough, a new magnesium study published in 2010 by doctors at the University of North Carolina at Chapel Hill suggests that getting enough magnesium could help you ward off diabetes. Researchers discovered that participants who took in the highest amounts of magnesium — whether from foods or vitamins — were half as likely to end up with diabetes 20 years later than the participants who took the lowest amounts of magnesium.

One issue that makes magnesium intake even more important is the body’s inability to store excess magnesium for later use. Because of this, you should make sure you’re getting enough magnesium in every meal. Knowing all this, it’s hard to deny the benefits of magnesium supplements.