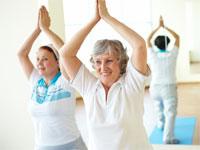 Studies of the benefits of l-carnosine have found increased cell life and life expectancy, as well as actual reversal of aging.

L-carnosine is a naturally occurring combination of two amino acids, alanine and histidine, that was discovered in Russia in the early 1900s. Because much of the research was done in Russia, it has been largely unavailable in the United States until recently. Now, though, there have been a number of studies and experiments in other parts of the world verifying everything done in Russia – and more.

Most notably, there were a series of astonishing experiments done in Australia that proved that carnosine rejuvenates cells as they approach senescence. Cells cultured with carnosine lived longer and retained their youthful appearance and growth patterns. What’s probably the most exciting result of the studies is that it was discovered that carnosine can actually REVERSE the signs of aging in cells.

TWEET Did you know studies show carnosine can actually REVERSE the signs of aging in cells? @BaselineHealth

When the scientists transferred senescent cells (cells that show signs of aging) to a culture medium containing carnosine, those cells exhibited a rejuvenated appearance and often an enhanced capacity to divide. When they transferred the cells back to a medium lacking carnosine, the signs of senescence quickly reappeared.

As they switched the cells back and forth several times between the culture media, they consistently observed that the carnosine medium restored the juvenile cell phenotype WITHIN DAYS, whereas the standard culture medium brought back the senescent cell phenotype. These are a few of the benefits associated with carnosine supplementation

If that’s not enough, take a look at these other benefits of L-carnosine…

Increase Cell Life
In addition, the carnosine medium increased cell life span — even for old cells. When the researchers took old cells that had already gone through 55 divisions and transferred them to the carnosine medium, they survived up to 70 divisions, compared to only 57 to 61 divisions for the cells that were not transferred. This represents an increase in the number of cell divisions for each cell of almost 25%.

But in terms of cell life, the increase was an astounding 300%. The cells transferred to the carnosine medium attained a life span of 413 days, compared to just 126 to 139 days for the control cells.

Increase Life Expectancy
This is mind-boggling. But so far, all we’ve talked about are cells. How do l-carnosine benefits translate to actual life expectancy? A Russian study on mice has shown that mice given carnosine are twice as likely to reach their maximum lifespan as untreated mice. The carnosine also significantly reduced the outward “signs of old age.” In effect, it made the mice look younger. 44% of the carnosine treated mice had young, glossy coats in old age as opposed to only 5% in the untreated mice. This represents 900% better odds of looking young in old age.

Strong Antioxidant
Quite simply, carnosine is one of the most powerful antioxidants known. It’s a great heavy-metal scavenger. It’s a powerful auto-regulator. And it stands alone when it comes to preventing and reversing protein glycation or cross-linking.

Auto-Regulator
L-carnosine benefits individuals through its remarkable ability to throttle down bodily processes that are in a state of excess and to ramp up those that are under expressed. For example, carnosine thins the blood of people whose blood tends to clot too much and increases the clotting tendency in those with a low clotting index.

What does this mean for you?
Carnosine levels in our body directly correlate with both the length and quality of our lives. And since carnosine levels decline with age, supplementation with a carnosine based formula represents one of the most powerful things you can do to hold back the ravages of old age. L-carnosine can be found as a supplement and in anti-aging formulas such as Jon Barron’s all natural anti-aging supplement, Ever Young.