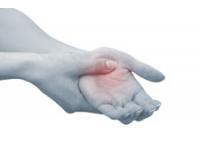 Where does emu oil come from? What can it do for your health? Learn about this anti-inflammatory nutraceutical and all it’s health benefits.

Emu oil is a natural emollient used by Aboriginal Australians for thousands of years for its remarkable healing and anti-inflammatory properties. It’s not vegetarian, but it does work. So, where does emu oil come from? Cultivated from the native Australian bird of the same name, emu oil has been used historically for fevers, coughs, minor pain, arthritic joints, bruises, cuts, and sores.

Emu oil contains chemicals called fatty acids that help reduce pain and swelling; the highest fatty acid concentration in emu oil is oleic acid (Omega 9), a monounsaturated fatty acid.  In addition to its anti-inflammatory capabilities, one of emu oil’s main health benefits is its transdermal properties. Emu oil helps carry biochemicals (including its own anti-inflammatory agents) quickly through the skin, allowing them to get to the source of the problem. It is highly penetrating and absorbs through the skin easily. It’s hypo-allergenic, and typically will not clog pores or irritate the skin. Because of this ability, it can easily carry its anti-inflammatory, healing, and pain relieving properties through the skin and help with a whole host of skin related issues such as:

Many have even used Emu oil to help increase circulation and treat a variety of skin conditions from cancer to dry skin and dandruff. It is also used to protect skin from sun damage and to promote more youthful looking skin.  But how it helps reduce pain and irritation is also where it stands out as such an amazing natural treatment.  It helps reduce pain and promote the healing of shingles, rashes, diabetic nerve pain, insect bites, earaches, bedsores, and even frostbite.

In addition to this, as already mentioned, emu oil is a natural anti-inflammatory. According to a 2015 review published in the January edition of Nutrition, emu oil contains high amounts of polyunsaturated fatty acids and antioxidants that appear to act on cyclooxygenase, lipoxygenase, and lipoxin pathways to bring about its potent anti-inflammatory benefits. More specifically, a 2005 Chinese study found that topical emu oil has anti-inflammatory activity in rats with superficial scalding. The study noted that this anti-inflammatory activity was probably connected to emu’s ability to decrease levels of pro-inflammatory cytokines in the damaged tissue–which would also explain emu’s ability to promote wound healing by inhibiting local secondary inflammation.  For this reason, even vets use Emu oil to reduce swelling in joints, heal cracked paws, and calm skin irritations in pets.  The applications are truly endless.

Consider these findings, and it is easy to see why people use emu oil for piercings, natural pain relief, and for joint and muscle pain and arthritis. In fact, you find it used in Jon Barron’s Essential Relief formula, an all natural deep tissue and muscle oil, for some of these very reasons.

While the benefits of topical use are amazing, there are a whole host of internal uses being studied that show some significant promise. For instance, there have been some reports that emu oil taken in capsule form is believed to help lower LDL cholesterol due to the omega-3 and omega-6 fatty acids found in the oil. Research at the University of Massachusetts showed that emu oil lowered LDL and raised HDL in hamsters when ingested. These results were published in “Nutrition Research” magazine in 2004.

Another study on lab animals in 2010 found that rats given emu oil internally experienced decreased acute small intestine inflammation and improved mucosal architecture in the intestine during recovery from chemotherapy.

The only known caveat to emu oil is in the marketing of its benefits. The FDA targeted the oil in a 2009 article on how to spot health fraud. Because commercial emu oil supplements are not standardized, some companies claim fraudulent benefits such as preventing cancer and diabetes cures. The article highlights the fact that while emu oil may have its health benefits and place in naturopathic medicine, no product can treat every disease and condition. And when you think about it, this actually amounts to high praise indeed for emu oil from the FDA—considering what they normally say about natural health products.