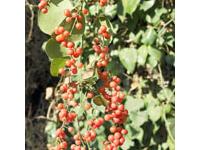 While it may often be referenced in westerns as a “sissy drink,” real sarsaparilla is indeed a valuable herb with many uses, and has likely been used for thousands of years by indigenous tribes of South America.

Sarsaparilla was introduced into Western culture as a soft drink extremely similar in taste to root beer. Even though it bears the same name as the herb, mainstream US versions of this drink didn’t actually contain sarsaparilla, but rather a blend of birch oil and sassafras. Curiously, though, you may have been able to find it in some old-fashioned root beers during the time and, currently, in some boutique brands such as Sioux City Sarsaparilla soda. Nevertheless, whatever the content of the drinks, the ingredient became well known because of it.

While it may often be referenced in westerns as a “sissy drink,” real sarsaparilla is indeed a valuable herb with many uses and has likely been used for thousands of years by indigenous tribes of South America. As a medicinal remedy, its most important use is in glandular balance. It contains important natural plant-based hormones for men and women alike. Some of the hormonal issues sarsaparilla addresses include:

It can also be used as a natural steroid for the production of testosterone, being of help for both sexes in body building. However, the health benefits don’t stop with hormonal issues.

Sarsaparilla as a Natural Blood Purifier

Sarsaparilla is an excellent blood purifier and is used as a remedy for liver problems. Many people see a dramatic increase in sexual desire while taking it, and it thus qualifies as an aphrodisiac and libido booster. It can also increase the metabolism and help breathing.

Sarsaparilla also helps with skin problems including psoriasis, acne, rashes, and syphilis. In fact, from 1820 to 1910, it was registered in the U.S. Pharmacopoeia as a treatment for syphilis. It also increases energy and may enhance physical performance.

Sarsaparilla has been shown to be extremely beneficial for psoriasis sufferers. In one study, a group of 75 sufferers were given sarsaparilla tablets and 62% reported noticeable improvements. Not surprising, since, as we’ve already discussed, we know it helps with other skin problems.

How to Take Sarsaparilla

You can find sarsaparilla widely available in most health food stores in root, capsule, tincture, and supplement form. It is also a common ingredient in skin care products and natural hormone balancing formulas, including Jon Barron’s Women’s Formula. 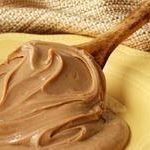