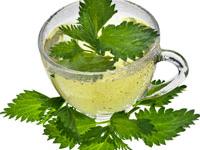 One of the Most Valuable Herbal Remedies

Nettle herb, or Urtica dioica, is found in every single state in the US except Hawaii. While most consider it a pesky weed, others understand its true herbal value.

Nettle herb, or Urtica dioica, is found in every single state in the US except Hawaii. While most consider it a pesky weed, herbalists understand its true value. The nettle herb is considered to be so powerful that legends say Jetsun Milarepa, one of Tibet’s most famous yogis and poets, lived on diet of nothing but nettle tea (or soup, depending on which version your read) for years, which, according to legend, caused his skin to turn green. Even further back, reports have been found that ancient Egyptians used a nettle infusion for the relief of arthritis and lumbago pains. Even Hippocrates and his followers reported 61 different remedies using nettle.

Today, not much has changed. Naturopaths and herbalists still consider the nettle to be among the most valuable herbal remedies. It is probably best known for its use in overall prostate health. It has been used in Germany for more than a decade to address enlarged prostates, also known as benign prostatic hyperplasia (BPH), and has been shown to reduce symptoms by 86% after three months of use. Nettle does this by inhibiting the binding of a testosterone-related protein (SHBG) to receptor sites on prostate cell membranes. Nettle is particularly effective when used in combination with saw palmetto. Whereas saw palmetto protects against prostate enlargement caused by DHT, nettle root inhibits the proliferation of prostate cells in response to estrogen being bound to the prostate by SHBG.

Studies have proven that extracts of both Pygeum (unfortunately, now listed as an endangered species) and nettle root (fortunately still available) can effectively block the action of two enzymes involved in the body’s production of dihydrotestosterone and estrogen. Laboratory studies have shown that both pygeum and nettle root extracts were effective in inhibiting these two enzymes (5-alpha-reductase and aromatase). Effectively, then, nettle inhibits the conversion of testosterone to DHT. This keeps free testosterone levels up, which is beneficial to both men and women, while reducing prostate size, which is a bonus for men. For these reasons, you’ll find nettle herb in Jon Barron’s Men’s Formula and Women’s Formula.

Nettle is also considered an extremely effective treatment for allergy symptoms, most notably hay fever, since it contains biologically active compounds that reduce inflammation. Dr. Andrew Weil, M.D., well-known naturopath and author of several natural health books, says he knows of nothing more effective than nettle for allergy relief. Positive evidence of freeze-dried nettle leaf in treatment for hay fever, asthma, seasonal allergies and hives was discovered in a study conducted by the National College of Naturopathic Medicine in Portland, Oregon. It’s interesting to note that Australians have been using nettle for years as a treatment for asthma, but Americans didn’t catch onto this until about 1990.

Most notable about using nettle for allergy treatment is that over-the-counter treatments only treat symptoms and have some negative side effects such as drowsiness, dry sinuses, insomnia and high blood pressure. Nettle has none of these side effects and offers many other health benefits besides being a remedy for allergy sufferers.

The benefits of this herb do not stop there either. It has been studied extensively worldwide for a variety of conditions. You will find that nettle has been used to treat all manner of issues and disorders including: Alzheimer’s disease, arthritis, asthma, bladder infections, bronchitis, bursitis, childbirth, gingivitis, gout, hives, kidney stones, laryngitis, multiple sclerosis, PMS, sciatica, and tendinitis! It’s even been used externally to help with baldness, oily hair, and dandruff.

How to Take Nettle Herb

Nettle is used in many forms, including as teas, tinctures, fluid extracts, creams, and even a freeze-dried leaf capsule.

Blood CleansingEnzymesHerbal Remedies and Their Uses 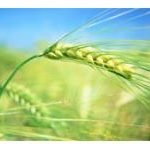