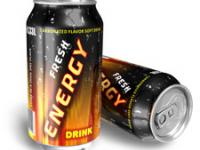 A Great Alternative to Caffeine

Guarana seed extract is a great alternative to caffeine, and has a number of other benefits. The guarana plant has also been used in helping treat a myriad of conditions.

If you’re like most people, you probably start your day with a caffeinated boost. If your morning boost involves consuming energy drinks or supplements, then you’re probably consuming guarana, and you wouldn’t be alone. Guarana is actually one of the most popular forms of caffeine intake throughout South America. When you take a look at the health benefits and energy boost it provides, it’s not difficult to see why it’s growing in popularity.

TWEET #didyouknow Guarana is actually one of the most popular forms of caffeine intake throughout South America! @BaselineHealth

Guarana as a Natural Caffeine Source

The first thing about guarana, medically known as Paullinia cupana, that makes it stand out is its stimulant properties. The “Nursing Herbal Remedies Handbook” states that guarana contains three to seven percent caffeine. Compare that to coffee, which contains between one to two percent caffeine.

Guarana as a Natural Energy Booster

While the active ingredient in the guarana plant (guaranine) is chemically identical to caffeine, it has one huge difference. In its natural form, it is bound to the fiber of the guarana seeds. That means its stimulating component is released slowly, giving you up to five hours of refreshing vitality. However, it is important to note that concentrated guarana extract as used in most energy drinks has had most of the fiber removed and functions like purified caffeine.

The energy boost from natural guarana seed extract with its slow energy release is much different than what you get from caffeine.

For instance, it is…

The other key difference from coffee is that natural guarana has also been shown in studies to improve memory and alertness and often improve a person’s mood without the same negative side effects of coffee. The Amazon tribe that originally discovered this berry knew these benefits quite well. The Guaranis (who the fruit was named after) believed the plant could provide enough endurance, that just by drinking it, one could go on a hunt for days without food and without feeling hunger or fatigue. They also credited the drink for helping cure headaches, relieve fever and painful muscle spasms, and help with bowel movement issues.

The fruit doesn’t just offer mental alertness either. One study found that guarana may even help with weight loss. In studies, the group that consumed guarana daily lost an average of eleven pounds, compared to an average one-pound loss in a placebo group. This result was believed to occur because of the full feeling experienced after consuming the fruit, therefore creating a reduction in appetite.

In addition to its energy boosting and appetite control abilities, guarana is said to have other health benefits. According to Phyllis Balch in her book “Prescription for Nutritional Healing,” guarana seed extract acts as a general tonic and intestinal cleanser, and it can help to reduce symptoms of inflammatory intestinal disorders.

The guarana plant has also been used in helping treat a myriad of other conditions such as:

How to Take Guarana

Like other energy stimulants, guarana may cause dehydration and insomnia. Due to the high caffeine content of guarana, a 600 mg intake daily of whole guarana (equivalent to 18-42 mg of caffeine – about the same as in a cup of tea) should not be exceeded. And it is not recommended for individuals with high blood pressure or heart conditions.

For more health information, sign up for our natural health newsletter!