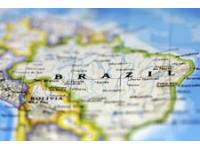 Catuaba bark is the most well known aphrodisiac plant in Brazil and has a long history of medicinal use. Its aphrodisiac properties were first discovered hundreds of years ago by the Tupi Indians of Brazil.

Catuaba bark is the most well-known aphrodisiac plant in Brazil and has a long history of medicinal use. Its aphrodisiac properties were first discovered hundreds of years ago by the Tupi Indians. Today, there is a popular expression in Brazil, “Until a father is 60, the son is his; after that, the son belongs to catuaba.” Celebrated for its ability to rejuvenate libido, Brazilians also noticed that it helped with fatigue, controlled nervousness, insomnia, improved memory, and helped with depression. You may have herd of catuaba bark before, but under a different name. The herb is also known as Caramuru, Golden Trumpet, Chuchuhuasha, Erythroxylum catuaba, Pau De Reposta, Piratancara, and Tatuaba.

TWEET #didyouknow Catuaba bark is said to be able to enhance mood and aid with symptoms of depression and anxiety. @BaselineHealth

Catuaba Bark as a Natural Stimulant

Catuaba bark is classified as a stimulant and is related to the coca plant. Luckily, it doesn’t contain any of the alkaloids found in cocaine. Nowadays, herbalists and health practitioners use catuaba bark in much the same way as the native Brazilians did. Hundreds of years ago, Brazil’s native Tupi tribe discovered that drinking catuaba tea spawned erotic dreams and boosted libido. This may be because it boosts the brain’s sensitivity to dopamine, which can make sex feel more pleasurable. Now, catuaba is one of the most popular Amazonian aphrodisiac plants in the world and is included in many male enhancement formulas. In fact, Jon Barron uses it in his Men’s Formula.

It is said to be able to enhance mood and aid with symptoms of depression and anxiety. A study published in the Journal of Psychopharmacology supports this theory as it showed that there is convincing evidence for the dopamine-mediated antidepressant-like effect of the bioactives found in catuaba extract.

Catuaba Bark as an Energy and Brain Booster

It is believed that the mood enhancement effect may contribute to the energy boost the bark provides. Also, because of its energy boosting properties, it may not be surprising that it helps fight fatigue. In European herbal medicine, it is used as a nerve and memory stimulant. Some herbalists also use it to help with poor memory and forgetfulness.

Catuaba Bark as an Antibacterial and Antiviral Alternative

Considering that it is said to have antibacterial and antiviral properties, it might not be surprising that the bark is being studied as a promising HIV infection prevention treatment. Additionally, it is also used as a central nervous system stimulant for insomnia related to hypertension and for agitation.

How to Take Catuaba Bark

You can find catuaba bark at many local supermarkets, drug stores, and vitamin stores. It can be found in the form of pills, powders, and liquid extracts. Because its effects are mild, it may not be effective for severe conditions, such as severe depression. But, you will notice the effects after several weeks of continued use since it builds in the system. When used as an aphrodisiac, or “passion” potion, catuaba bark can be used without any ill effects at all. 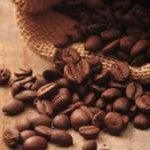 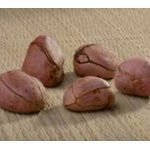