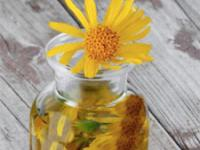 As a natural health remedy, arnica oil has been used as a topical deep tissue oil for centuries for bruises and sprains.

Nature seems to have a cure for everything, and when it comes to bruising, sore muscles and relief from pain and inflammation, arnica may just be the perfect remedy. In addition to being an essential homeopathic medicine, it’s also praised by those in the fashion world and sports figures. According to the New York Times, Pierre Barrieu, a former head fitness coach for the United States Men’s National Soccer Team, had been treating players with arnica pellets and topical formulations since 2002. And when fashion designer Diane Von Furstenberg was injured in a ski accident a few years ago, she tweeted during recovery: “Arnica gel is the best thing you can do for bruises… I cannot say it enough…”

More than just a fad, arnica oil has been used as a topical deep tissue oil for centuries to treat bruises and sprains. The reason for this is that when applied promptly after an injury, the arnica helps stop the capillaries from bleeding which helps prevent the formation of bruises. It also stimulates white blood cell activity and disperses trapped fluids from joints and muscles. Its ability to help reduce swelling, remove shock, and speed the healing process makes it an essential component in anyone’s natural first aid kit. Many use it for these reasons immediately on injured areas after falls, accidents or even for just topical pain relief for conditions such as arthritis.

On top of the muscle relief, arnica also has anti-inflammatory and antibacterial qualities. These qualities can help aid in reducing pain and swelling and wound healing. In a 2002 study of 79 adults with mild to moderate osteoarthritis of the knee, researchers observed a significant decrease in pain and stiffness (as well as an improvement in function) among those who used arnica gel twice daily for six weeks. Due to these abilities, arnica has been used for a number of conditions including muscle aches, joint pain, inflammation from insect bites, and swelling from broken bones. In these instances, a topical treatment such as a gel, cream, oil, or ointment is used to promote the healing and soothing of the skin. This is why you’ll find arnica as a key ingredient in Jon Barron’s Essential Relief formula.

As a homeopathic medicine, arnica has been shown to help with arthritis, post-surgery swelling, pain and other conditions. Consider these studies:

The variety of treatments arnica has been used for doesn’t stop with bruises and sprains either. It has been used for everything from backaches to sunburns, chapped lips, eczema, fibromyalgia, influenza, headaches, hemorrhoids, and migraines. It has also been credited with helping toothaches, acne, and even the pain of childbirth! In fact, the herb can be found in several hundred products, making it one of the most popular and widely used of the natural topical remedies.

How to Take Arnica

Generally, as an herb, arnica benefits are best obtained through a topical treatment on the skin, as it can have serious side effects when taken orally. As already mentioned, certain homeopathic natural health remedies do contain arnica, however, they use an extremely diluted form that is not considered dangerous, but then again, may not be as efficacious. It is generally safe to use on the skin; however, if used for long periods, it may cause skin irritation. It should also not be used on leg ulcers or on people who may be hypersensitive or allergic to the herb.

Learn more about remedies in our natural health newsletter. 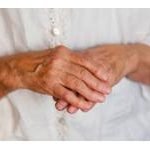