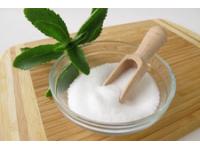 Stevia leaf extract has been gaining popularity as a sugar substitute in the Western world. Learn all about stevia liquid extract and its benefits.

We are now taking a deeper look into a sugar substitute known as stevia leaf extract. Stevia is a tropical plant native to South America. Its extract has up to 300 times the sweetness of sugar. Although some people complain of its staying power in the mouth or its sometimes licorice-like aftertaste, it is a popular natural alternative sweetener.

The plant has been used extensively by the Guaraní people for more than 1,500 years. The leaves have been traditionally used for hundreds of years in Paraguay and Brazil to sweeten local teas, medicines, and as a “sweet treat.” Today, it is widely used throughout the world. In fact, stevia accounts for 40% of the Japanese sweetener market and is also cultivated and used in China, Korea, Taiwan, Paraguay, and Israel.

As a sweetener, it is low glycemic and has added benefits in potentially helping to control obesity, enhance glucose tolerance, and reduce blood pressure. Whether in dry-leaf or concentrate form, stevia has the wonderful ability to help the body regulate blood sugar levels. Several researchers have reported that, in these natural forms, stevia seems to correct both high and low blood sugar. Other scientists have stated that stevia appears to lower high blood pressure, but does not seem to affect normal blood pressure.

A study featured in Nutrition and Cancer has connected the consumption of stevia to the reduction of breast cancer by helping contribute to cancer cell death and decreasing cancer growth. Another published study shows that mixing stevia with some colon cancer mixtures featuring blackberry leaf caused antioxidant levels to soar.

Since stevia is around 200 – 300 times sweeter than sugar, it means you need a lot less of this sweetener compared to sugar. Thus, far fewer calories per serving. In fact, stevia is considered a plant-based, zero-calorie sweetener. Making a sugar swap with stevia would then decrease not only your sugar intake, but also your caloric intake.

How Safe is Stevia?

In addition to the studies showing its benefits in regard to obesity, glucose tolerance, and high blood pressure, there are numbers of other studies proving its safety. For example, a 1991 study in Thailand found that even at doses 1,000 times normal human dosage, hamsters demonstrated no difference in growth rate or sexual performance when using stevia — even through three generations.

In 2004, researchers at the KU Leuven (Belgium) organized an international symposium on ” The Safety of Stevioside.” Scientists from all over the world who attended concluded that stevioside is proven safe:

The Use of Sweeteners

This is great news! But to be fair, even stevia liquid extract, like other sugar substitutes, does not come “free of charge.” In general, studies show that calorie-free sugar substitutes tend to throw off the body’s natural calorie counting mechanism, leading to overindulgence in other foods. If you crave sweets, the absolute best solution is to enjoy some berries, which are low glycemic and high in natural antioxidants. But, more importantly, absolutely avoid anything beyond minimal use of highly refined sweeteners like table sugar and HFCS. By all means, avoid any use at all of artificial concoctions like aspartame and sucralose. So, how many calories in Stevia? Zero! That said, when you must sweeten and you wish to avoid any artificial sweeteners or actual sugars, stevia is the best of the alternatives.