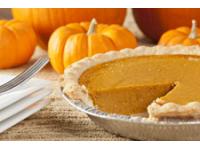 It’s certainly no surprise to any literate, health-minded person that fresh fruits and vegetables benefit health, but, considering the negative press dietary antioxidants received earlier this year, it’s nice to see studies come out that drive the point home.

It’s certainly no surprise to any literate, health-minded person that fresh fruits and vegetables benefit health, but, considering the negative press dietary antioxidants often receive, it’s nice to see studies come out that drive the positive points home. For instance, new research published in the Archives of Internal Medicine indicates that people who eat lots of dark green and orange vegetables outlive their peers by a huge margin.

TWEET Study shows those with highest lvls of alpha-carotene in their blood have 39% lower risk of death from ANY cause! @BaselineHealth

In fact, the study, which involved more than 15,000 adults over a 14-year period, found that those with the highest levels of the antioxidant alpha-carotene in their blood (which is why Jon Barron has always used a complete carotenoid complex high in both beta and alpha-carotene in his Ultimate Antioxidant formula) had a 39 percent lower risk of death from any cause compared to those with the lowest levels. Those with midrange levels still had a 27 percent advantage over the lowest level subjects.

Pumpkin as an Antioxidant

How did the long-lived subjects in the study achieve their high levels of alpha-carotene? Most probably, like Popeye, they ate their spinach — along with carrots, sweet potatoes, pumpkin, winter squash, broccoli, green beans, green peas, turnip greens, collards, and leaf lettuce. Alpha-carotene is a flavonoid-rich antioxidant abundantly present in dark green, and particularly, in yellow-orange vegetables and fruits. In the spectrum wars, the color orange wins this battle by a long shot. Although dark green vegetables do contain far more alpha-carotene than cucumbers or celery, for instance, or coffee cake, for that matter, the orange vegetables absolutely burst with it. A cup of canned pumpkin, for instance, contains 11 mg of alpha-carotene, a cup of cooked carrots contains 5.9 mg, whereas a cup of frozen collards, cooked, yields .2 mg. Among fruits, tangerines are the alpha-carotene kings.

The researchers found that people who consumed lots of alpha-carotene-rich vegetables fared better than those who ate other types of vegetables when it came to lung-cancer prevention in particular. As they wrote, “Results from a population-based case-control study of the association between the consumption of fruits and vegetables and risk of lung cancer suggest that consumption of yellow-orange (carrots, sweet potatoes or pumpkin and winter squash) and dark-green (broccoli, green beans, green peas, spinach, turnip greens, collards, and leaf lettuce) vegetables, which have a high alpha-carotene content, was more strongly associated with a decreased risk of lung cancer than was consumption of all other types of vegetables.”

Alpha-carotene has a chemical structure similar to beta-carotene, but it may be “more effective at inhibiting the growth of cancer cells in the brain, liver and skin,” say the scientists. Studies in the past have found that beta-carotene doesn’t do squat to protect against cancer, diabetes, or cardiovascular disease (although, those studies were highly flawed in that that used synthetic beta-carotene made from acetylene gas, rather than a natural beta-carotene complex). This puzzled scientists, but they figured something else within fruits and vegetables had to be responsible for their beneficial effect, and so they tested the impact of alpha-carotene this time. The results showed that alpha-carotene was 10 times more effective than beta-carotene in stopping the spread of human neuroblastoma cells and that it also stopped the spread of liver cancer cells.

How to Take Pumpkin

Before you go on the pumpkin soup diet, there are a few things you should consider. First, alpha-carotene is fat-soluble. This means that your body can’t absorb it unless you consume it with fat. Bizarre as it seems, you’ll get more of the alpha-carotene effect eating pumpkin pie than you will get sipping the soup (unless you add some fat). But keep in mind that the pie contains ingredients such as sugar that more than counterbalance the antioxidant boost. In any event, a little bit of healthy fat from a source like nuts or olive oil along with your vegetables will help the alpha-carotene metabolize. Incidentally, it’s important to remember this fact if you choose to get your alpha-carotene from supplements — you need to take them with meals. And if you want to get your alpha-carotene from vegetables, lightly steaming them before ingestion seems to enhance the body’s ability to absorb the antioxidant content.

The researchers concluded that we should eat more fruits and vegetables to prevent premature death and said there’s “a need for clinical research into the health benefits of alpha-carotene.” Instead of waiting for clinical research results, which surely will make even more clear that we need what vegetables and fruits offer, why not just do what we’ve been urging you to do all along: make fresh fruits and vegetables the cornerstone of your diet? Just be sure to include plenty of orange in the palette on your plate.

Or you can always opt for a full spectrum antioxidant supplement. 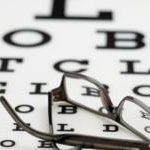