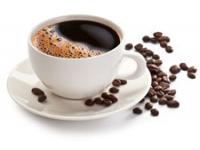 If you forgot to drink your coffee with breakfast this morning, here’s something that may jog your memory in the future. A new study has found that drinking coffee may help you to not only avoid getting Alzheimer’s, but actually reverse it.

If you forgot to drink your coffee with breakfast this morning, here’s something that may jog your memory in the future. A new study has found that drinking coffee may help you to not only avoid getting Alzheimer’s, but actually reverse it. That’s right — if you help Starbucks lift its stock price by indulging in a grandé, you might simultaneously be reversing your early-onset Alzheimer’s. While earlier studies have shown that caffeine staves off memory loss, this study is the first to show that it may actually eradicate existing symptoms.

The trick, of course, is getting enough of the brew to make a difference. The researchers, from the Alzheimer’s Disease Research Center in Florida, worked with 55 elderly lab mice that they genetically modified to bring on Alzheimer’s symptoms. Then, they gave the doddering rodents the equivalent of five cups of coffee a day. Within two months, the rats were just as smart as ever they might be, performing at normal levels on memory tests. Plus, the mice showed a 50 percent reduction in blood levels of the abnormal amyloid protein that scientists believe triggers Alzheimer’s by forming plaques in the brain.

If five cups of java seems like overload, consider that to get the same effect, you’d need to drink 14 cups of tea (which, although tough on the bladder, would at least also give you an antioxidant whammy). You could also down 20 glasses of cola a day, but in that case, even if your brain un-pickled, your body would surely go toxic, your teeth would rot, and your bones would melt away. Also, as Dr. Jennifer Ashton, the Early Show medical consultant points out, “It looks like a lot, but it’s important to realize that now, when we go to a deli or a Starbucks, this could actually be just the equivalent of 2 1/2 large or Grande cups of coffee a day. While it’s a little bit more than most people have in the morning, it’s actually not such an excessive amount.”

But does the mouse experience with coffee translate to the human brain? According to Eric Hall, president of the Alzheimer’s Foundation of America, not necessarily. “A human being’s brain processes very differently than a mouse’s brain, so the public has to be cautious,” Hall says. “This is a first step, but there are a lot more steps to be done. We are hopeful, but many failed clinical trials can testify to the fact that what works in mice doesn’t always work in humans.”

Yet human studies have been completed that point in the direction of coffee offering a real solution. A Swedish study earlier this year found that coffee did indeed exert a protective effect on human subjects. In that study, out of the Karolinska Institute in Stockholm, 1,400 people over the age of 50 were followed for a 20-year period. Those who drank between three and five cups of coffee daily had a 65 percent reduced risk of developing dementia and Alzheimer’s. And a study in 2006 found that people with Alzheimer’s had consumed far less coffee in the 20 years before getting the disease than people who didn’t have the disease. Could caffeine be an essential nutrient and Alzheimer’s the result of a caffeine deficiency? Nah!!

Still, many experts are hopeful that caffeine offers a real solution to those afflicted with Alzheimer’s. Given that one in eight people will develop Alzheimer’s by age 65, and given the absolute devastation the disease causes, this research is particularly significant. Add to the mix the fact that numerous studies have shown that regular caffeine consumption reduces the risk of Parkinson’s by up to 80 percent, reduces the risk of various cancers by up to 40 percent, reduces the risk of gallstones by 50 percent, and of liver cirrhosis by 22 percent. And as most coffee hounds acknowledge, a cup of the stuff can lift mood in a snap. Perhaps Starbucks could rebrand itself as a neighborhood caffeine clinic for the treatment of disease.

That’s right, coffee is a drug, and like all drugs, it does come with side effects. While many people enjoy those side effects — the energy boost, the increased heart rate, the “speeding up” — for those with hypertension, heart problems, or pregnant women, the jittery state coffee induces can be deadly. As I wrote in my newsletter on caffeine, more than four cups a day can lead to gastrointestinal problems, anxiety, headaches, tremors, and insomnia. Coffee dehydrates you so you need to compensate by drinking plenty of water. It also depletes calcium from your body, exhausts your adrenals, and evidence shows it may cause birth defects and developmental problems. And while the coffee studies discussed above concluded that the drink enhances the brain, at least one recent study found that people who drank more than five cups a day suffered from hallucinations and gained no protective effect. But on a positive note, at least you’d be more “aware” you were having these problems.

So, what’s the verdict if you want to keep your brain sharp? First of all, you can do at least as much good for your brain by eating a healthy diet and taking brain-enhancing supplements such as L-carnosine that specifically protect against amyloid plaque buildup. But if you love coffee and want to hedge your bets, you can have a reasonable amount each day supplemented by green tea. Just be sure that you drink only organic coffee; and avoid decaf, which does nothing for the brain but increases bad cholesterol, builds up fats in the liver, and usually is made with nasty chemical solvents.

For an in-depth look at Alzheimer’s and dementia click here.