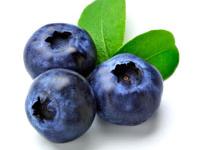 If you don’t have a stash of blueberries in the fridge or freezer, you might want to run out and stock up. It seems that the good news about these little berries keeps rushing in faster than shoppers storming a going out of business sale.

The latest news comes from a study out of Ohio State University finding that blueberries may shrink blood vessel tumors in babies while doubling survival rates. The research team fed blueberry extract to mice that had tumors. The mice receiving the extract lived twice as long as those mice that didn’t. Also, the tumors in the blueberry mice were 60 percent smaller than those in the control group.

This finding is significant for several reasons. First, blood vessel tumors are the most common tumors among young children, affecting up to 10 percent of all babies. The tumors pose a significant threat to kids: in about one out of 10 cases, the growths obstruct vital organs. The current treatments of choice include high doses of steroids, and if that doesn’t work, interferon — both disastrous for babies, destroying their immune systems, compromising their neurological development, and triggering other serious side effects such as ulcers, fractures, developmental delays, and severe infections. Surgical removal of the tumors typically causes serious or even fatal bleeding, and since the tumors are most often located in the head and neck areas, they tend to cause deformity whether removed or left intact.

Once again, nature’s kitchen has brewed up a far better solution than the labs at the major pharmaceutical companies. Given the risk factors and the side effects of current treatments, the discovery that blueberries may do the trick represents a godsend. Blueberries have no side effects, don’t cost much, taste good, and if you care about such things, are aesthetically pleasing compared to a bottle of drugstore pills.

The researchers contend that the findings from this study indicate that blueberries may also alleviate melanoma, as well as cancers of the breast, ovaries, and head and neck. More research is underway, while a host of past studies already show that the berries fight other forms of cancer. And so, the benefits revealed by this study may apply to those of us past diaper age (or those approaching it for the second time) — as do benefits found by scores of previous studies.

For instance, a 2005 study out of the University of Illinois found that wild blueberries inhibited the initiation and proliferation of bladder and liver cancer cells, mostly due to an extremely powerful antioxidant in the blueberries called anthocyanin. (By the way, a concomitant study at Cornell found that the greatest anti-cancer effect came from consuming foods such as berries in their natural state or dried or powdered rather than in taking highly concentrated extracts, because the whole food allows the array of phytochemicals in the foods to work in unison.)

A 2006 study found that another element in blueberries — pterostilbene, a compound chemically related to resveratrol — cut the development of liver cancer lesions in half. And in a 2007 study, pterostilbene reduced pre-cancerous lesions of the colon by 57 percent, while several studies simultaneously found that blueberries help fight prostate cancer.

Still not convinced that it’s worth the $4.99 or so to buy a bag of frozen berries? The list of benefits continues on and on. Blueberries have been shown to…

As if these pluses aren’t enough, blueberries also offer profound benefits in the arena of cognitive function. Some studies indicate that blueberries can effectively reverse short-term memory loss in rats suffering from dementia. The blueberry-eating rats showed an 83 percent improvement in memory-related tasks, and the positive effects lasted for nine weeks after the rats stopped eating the blueberries. And more recent studies show that the cognitive benefits really do extend to people—both seniors and children.

Continuing studies have shown that blueberries protect against, and even reverse, some of the cognitive loss related to stroke, brain injury, degenerative disease, and normal aging. In fact, the extraordinary cognitive benefits of eating blueberries prompted one of the directors of the USDA’s Center for Aging, Dr. James Joseph, to comment, “When it comes to brain protection, there is nothing quite like blueberries.”

Blueberries outshine almost all contenders in their antioxidant benefit, and as a result you can often find them in many natural supplements and formulas.

When eating fresh blueberries, keep in mind that when it comes to antioxidant value, wild blueberries outshine their domesticated counterparts. You can usually find organic wild blueberries frozen in the supermarket or health food store.