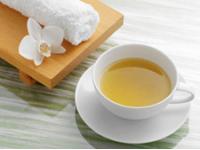 After water, tea is the most widely consumed beverage in the world. In fact, about three cups of tea are drunk for every one of coffee. All teas (black, green and oolong) actually come from the same plant, Camellia sinensis. The difference between the teas is the type of processing and amount of oxidation they receive. Of the three teas, green tea receives the least oxidation during processing, which is reflected in the higher amounts of beneficial antioxidants that can be found in the tea.

The tea originates from China and is very popular throughout almost all of Asia and Eurasia. Traditional Chinese and Indian medical practitioners use green tea as…

Not surprisingly, due to the health claims associated with green tea, there have been many studies and reports on this beverage. The findings may surprise you.

TWEET #DID YOU KNOW Tea is the most widely consumed beverage in the world! @BaselineHealth

Green Tea as a Powerful Antioxidant

First and foremost, green tea is rich in polyphenols and reportedly contains the highest concentration of these powerful antioxidants. In fact, tea in general is reported to have about eight to ten times the polyphenols found in fruits and vegetables. Since antioxidants are believed to fight free radicals – substances that damage and age the body – it may be no surprise to find green tea as an ingredient in Jon Barron’s Ultimate Antioxidant formula.

Green tea works to prevent tumors from developing the blood vessels they need to survive. It has also been shown to inhibit metastasis, the spread of cancer or disease within the body to another area not directly connected with it. And, it is the first known natural telomerase inhibitor. That is to say, it eliminates the “immortality” of cancer cells which is their trademark and the thing that makes them so deadly. Green tea is particularly effective in destroying the causes of leukemia, prostate cancer, and breast cancer. In fact, studies have shown some helpful benefits for a number of other cancers, including:

And the benefits of green tea don’t stop there. It has also been shown to be effective in regulating blood sugar, reducing triglycerides, and in reversing the ravages of heart disease. (Incidentally, the Japanese, who drink large amounts of green tea, have some of the lowest rates of cardiovascular disease in the world.)

And finally, green tea has great benefits for the brain as well, serving as an effective MAO inhibitor, protecting against brain-cell death from glucose oxidase, overproduction of nitric oxide, and lowering the amount of free iron reaching the brain. The net result is that there are strong indications that green tea extract may play a major role in protecting against both Parkinson’s and Alzheimer’s disease. These are a few of the reasons you’ll find it in Jon Barron’s Warp Speed formula.

How to Use Green Tea

With all of these benefits, you’ll probably want to run out and stock up on green tea. However, where the tea comes from and how you make it can play a significant role in the health benefits you actually receive.

The plant is especially efficient at absorbing lead from the soil. Since 90% of the world’s green tea is produced in China, which has a number of areas with excessive industrial pollution, tea from this area may have a marked increase in pollutants, such as lead. On the other hand, according to the ConsumerLab.com analysis of lead in tea from popular brands, no measurable amounts of lead were found in the Teavana brand, which gets its tea leaves from Japan. You also need to keep in mind that tea brewed from lower quality older leaves can contain high levels of fluoride. In fact, research has found that individuals who drink seriously large amounts of tea can develop skeletal fluorosis — a painful bone disease.

But to return to the positives, you can boost the health benefits of green tea by adding in a squirt of lemon juice. Studies have shown that citrus juice can increase the available catechin (antioxidant) levels by more than five times, causing 80 percent of tea’s catechins to remain bioavailable. On the flip side, if you drink your tea (as opposed to taking a supplement), with added cream or milk, you “may” be destroying the antioxidant benefits. Although the studies are conflicted, some studies have shown that the proteins in milk may neutralize the antioxidants in tea, resulting in reduced health benefits.

Incidentally, with chocolate, the studies are far less conflicted when it comes to milk reducing the antioxidant potential. The mechanism is simple. The caseins in the dairy interact with the polyphenols in the chocolate and decrease their effectiveness. The bottom line when it comes to dairy protein and tea is that it’s probably best to err on the side of caution when you consider how those same proteins react with the polyphenols in dark chocolate.  Also, if you are drinking decaffeinated tea, decaf green tea benefits aren’t as marked as with the caffeinated kind, so keep your tea pure. Then again, if you use a concentrated, full-spectrum green tea extract, you avoid these problems altogether.