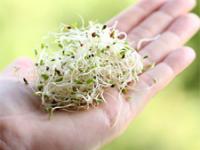 The Father of All Foods

Considered to be one of the first known herbs, alfalfa is a revered medicinal herb that has a multitude of healing benefits associated with it. In fact, it is so revered that the word alfalfa, derived from Arabic, literally means “father of all foods.” Alfalfa is not just considered vital to herbal medicine, but also is used for livestock feed and for fertilizing agricultural lands. Part of the reason for its revered status is found in the way the plant grows. Alfalfa has an extensive root system that can reach as far as 60 feet underground. This allows the plant to not only absorb minerals that are not available on the surface soil, but also higher quantities of vitamins and minerals than your typical plant.

While alfalfa may help with specific conditions, its use as an overall superfood is more common. In fact, alfalfa leaf helps the body assimilate protein, calcium, and other nutrients and is a great source of vitamins A, C, E, and K, as well as some minerals including calcium, potassium, phosphorus, and iron. It is a rich source of chlorophyll and is the richest land source of trace minerals—again, because of its extensive root system. And it is high in fructo-oligosaccarides, which “fertilize” healthy bacteria in the gut and help neutralize bad bacteria overgrowth such as Candida.

Alfalfa as a Natural Diuretic

So, what else is alfalfa good for? Like many ancient herbs, alfalfa has a nearly endless list of health benefits. According to the Memorial Sloan-Kettering Cancer Center, alfalfa is thought to have diuretic properties, especially for issues related to water retention or urinary tract infections. It is also a well-known natural laxative. This can be extremely helpful, as using a herb based laxative or diuretic can help decrease additional irritations that may occur from over-the-counter remedies.

Due to its high vitamin and mineral content, it is also considered to be effective in lowering cholesterol–an benefit which has been verified in animal studies. It is the saponins and phytoesterols found in alfalfa that help block the absorption of cholesterol for natural heart health.  And when alfalfa is taken with manganese, it can assist in stabilizing blood sugar levels, which helps in making it effective against diabetes.

Regular consumption of the herb has also been shown to lower blood pressure and balance hormones.  And alfalfa also helps prevent atherosclerosis, also known as hardening of the arteries.

Other Natural Health Benefits of Alfalfa

Alfalfa extract is a well-known blood and liver purifier and may be helpful with thyroid gland malfunction. The herb is considered effective against arthritis, peptic ulcers, and can even help promote menstruation and lactation.  Because of the high levels of calcium and magnesium in alfalfa, regular consumption can help reduce headaches and migraines.

In addition to all of these benefits, alfalfa is also credited as a remedy for the following:

How to Use Alfalfa

As you can see, there are plenty of benefits associated with alfalfa to make it a regular part of your diet. Luckily, it is easy to find sources for consumption as well. The herb can be taken in capsule form, brewed as a tea, or eaten fresh and added to sandwiches, soups, and salads in the form of alfalfa sprouts. The herb is very mild in taste, and as such as can be used in just about anything where you’d like to pack a little extra superfood punch. 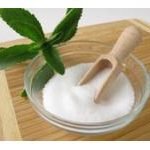