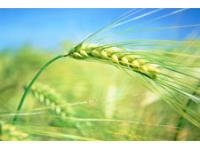 What is pre-sprouted barley and how does it differ from regular barley? Is there really such a huge nutritional difference? Read on to learn more about the history of this interesting superfood and how it works.

What is pre-sprouted barley and how does it differ from regular barley? Is there really such a huge nutritional difference? Read on to learn more about the history of this interesting superfood and how it works.

Research conducted in Canada, the United States, and Australia has shown that barley can play a significant role in lowering blood cholesterol in hypercholesterolemic subjects. Other studies have shown that non-insulin dependent diabetics (Type II) had improved blood sugar levels as a result of including barley in their diet. It should be noted that barley rates an astoundingly low 27 on the glycemic index. That’s 22 percent less than skim milk!  And yet which one is banned from the low-carb, no-grain diets?

In addition, barley has high concentrations of tocotrienols, antioxidant compounds that work to suppress the activity of the first rate-limiting enzyme (HMG-CoA Reductase) in the liver, thus reducing cholesterol synthesis. And barley is one of the highest known sources of beta-glucans, carbohydrates that also provide remarkable system support properties, and has been shown to improve blood sugar levels and lipid levels among diabetics in clinical trials.

Historically, barley has been used for thousands of years. The Roman army marched on it. It was the primary staple of their diet. They picked up that trick from the Greek gladiators who trained on it and were known as “barley eaters.” (So much for meat being the food of choice for macho men.)

In ancient Rome, a food made from sprouted barley, honey, and colostrum was used to sustain infants whose mother’s died in childbirth. In more recent years, the same formula has been used by the UN to prevent starvation in 3rd world countries.

The problem with sprouted barley is that it’s extremely gelatinous. All attempts to dry it and package it for commercial distribution failed until a company in Sweden figured out a way to use low-temperature steam (produced in a partial vacuum) to take the barley just up to the point of sprouting — before it turns gelatinous, but after the point where all the proteins and carbohydrates have been converted, and at a temperature low enough so that no enzymes are damaged.

How Pre-sprouted Barley Is Better

This turns out to be a remarkably interesting point for food. It’s like the food is placed in a state of suspended animation at the point where all the energy of the grain has been marshaled to sprout the pearl and not yet expended in the act of sprouting, hence the name “Pre-sprouted Barley.”

The result is a brand-new superfood with unbelievable properties. Think of it like a bullet in a gun.

The Properties of Pre-sprouted Barley

How to Take Pre-sprouted Barley

Since this is a concentrated version of barely, you’re going to find this is supplement form and typically as part of meal replacement or weight loss formula. 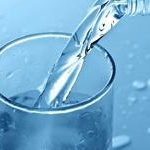 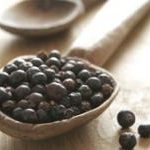