Three Unexpected Things That Can Make You Pass Out Cold 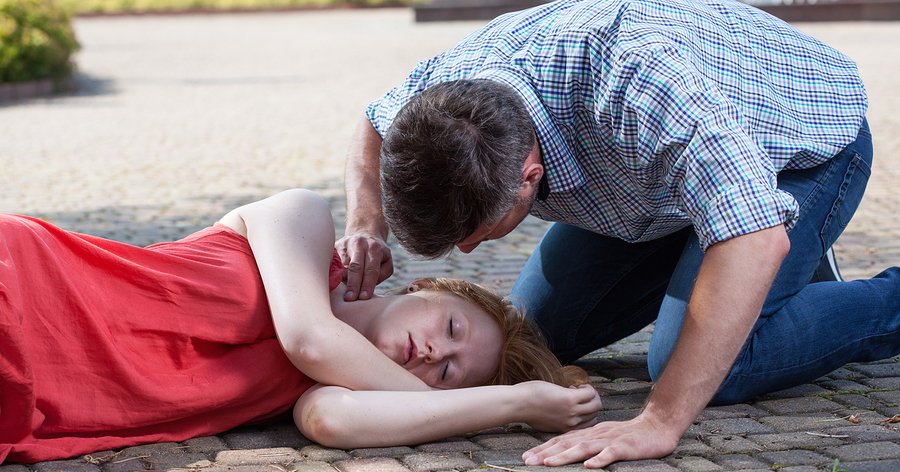 It’s not news to anyone who survived fraternity days that too much alcohol can lead to stupor and unconscious states. But there are other things you might not be aware of that can hasten a surprise descent from standing upright to collapsing in a heap on the floor.  Here are three conditions and triggers that hopefully will never send you toppling:

Some years ago, on a trip to the Vatican in Rome, after viewing masterpiece after masterpiece, I was seized with such acute dizziness that I had to return to our hotel room to rest. No, I didn’t pass out, but I came close. Only recently, I discovered that there’s an actual psychiatric condition called Stendahl Syndrome that may describe what I experienced.

Stendahl Syndrome is a rapid-onset disorder that affects some people when they’re exposed to things of exquisite beauty, and particularly, to great artwork. 1 Griffiths, Mark D. “Having an Art Attack.” 10 March 2014. Psychology Today. 26 January 2017. http://www.psychologytoday.com/blog/in-excess/201403/having-art-attack Yes, it’s bizarre, but it’s also a real phenomenon. The condition is also called “The Florence Syndrome,” referencing that other city in Italy where some of the world’s most astonishing art museums exist, and also where, apparently, many tourists faint upon beholding all that gorgeousness.

Stendahl Syndrome was named after the French author Henri-Marie Beyle, whose pen-name was Stendahl. The author visited Florence in the year 1817, and upon viewing beautiful ceiling frescoes by Giotto in the Santa Croce Cathedral, got weak in the knees.  “As I emerged from the porch of Santa Croce,” he wrote, “I was seized with a fierce palpitation of the heart; the wellspring of life was dried up within me, and I walked in constant fear of falling to the ground.” 2 Squires, Nick. “Scientists investigate Stendahl Syndrome—fainting caused by great art.” 28 July 2010. The Telegraph. 26 January 2017. http://www.telegraph.co.uk/news/worldnews/europe/italy/7914746/Scientists-investigate-Stendhal-Syndrome-fainting-caused-by-great-art.html

Stendahl Syndrome apparently can trigger not only fainting, but also amnesia, disorientation, and even short-lived psychotic episodes complete with hallucinations.  The effects last a few days at most. Fyodor Dostoevsky apparently suffered an episode when viewing a work by Hans Holbein (although, to be fair, Dostoevsky suffered from epilepsy, which might explain his episode); Marcel Proust also reported episodes, as did both Freud and Carl Jung.

It’s a relatively rare condition, but it occurs often enough to have inspired an author named Dr. Graziella Magherini to write a book about it. She reported that the majority of Stendahl Syndrome victims are sensitive, emotional people suffering from jetlag. Also, in 2010, researchers in Florence embarked on a systematic study of the disorder, tracking people who became overwhelmed when visiting the breathtaking (literally) Palazzo Medici Riccardi in Italy.

One minute you’re having a normal conversation, then you notice that you’re sweating and your vision blurs. The next moment the room spins and you’re flat on the ground, out cold.

Vasovagal Syncope, or “VasoVagal Attack,” is the most common cause of fainting, and in fact, it encompasses fainting from any number of causes. It occurs when blood pressure drops suddenly, allowing blood to rapidly flow out from the brain and into the legs. 3 Mayo Clinic. “Vasovagal Syncope.” 27 January 2017. http://www.mayoclinic.org/diseases-conditions/vasovagal-syncope/symptoms-causes/dxc-20184778 Bam! Loss of consciousness happens fast.  The victim may or may not notice getting light-headed, nauseous, and sweaty before keeling over; the vision may blur up or narrow.  If you’re with someone who is descending into a VasoVagal attack, you’ll notice that they have turned pale, their skin is cold and clammy, and their pupils dilated. In fact, the vasovagal victim really looks like someone having a heart attack, which is why doctors often want to put someone who faints through an intensive series of tests to make sure that all is well in the cardiovascular system.

What triggers Vasovagal Syncope? Standing too long, particularly out in the hot sun, can do it, as can having a particularly strained bowel movement, getting dehydrated, skipping meals, over-exercising, having blood drawn, seeing an injection needle.4 “Vasovagal Syncope.” St. Luke’s Health System. 27 January 2017. http://www.saintlukeshealthsystem.org/health-library/vasovagal-syncope Scary as it may be to either suffer such an attack or to observe your companion having one, vasovagal attacks are usually harmless.

If you ever should find yourself starting to lose consciousness, the best thing to do is to lie down flat immediately.  Assuming that a vasovagal attack is the cause, you’ll soon start feeling better as blood returns to your brain.  The most dangerous thing about a vasovagal attack is the risk of crashing to the ground and hurting yourself, but by going prone, you avoid that danger.

3. Getting a Shot at the Dentist’s Office.

When I was a kid, the dentist would ask if I wanted Novocaine, and I always refused, proud of my ability to withstand pain like an adult.  Ironically, now, as an adult, I’m a complete baby in the dentist’s office and I can’t imagine having dental work done without being numbed.  The problem with that, beyond cowardice, is that there’s a heightened risk of fainting in the dentist’s chair upon getting that numbing shot. (And by the way, it’s not Novocaine that your dentist injects you with.  Dentists stop using Novocaine decades ago because of allergic reactions, and now the most commonly used dental anesthetic is called Lidocaine.)

According to the Academy of Dentistry, fainting is the most common emergency in dental offices.  Most wisdom on the internet blames the phenomenon on VasoVagal attacks, since dental fear is so common and acute fear can trigger a blood pressure drop, but a dentist friend of mine admitted there could be another cause.  The dentist might miss his or her target and shoot directly into a vein. 5 Biron, Cynthia R. “Adverse reactions to local anesthetics.” RDH.  27 January 2017. http://www.rdhmag.com/articles/print/volume-20/issue-10/departments/medical-alert/adverse-reactions-to-local-anesthetics.html This can cause a toxic overdose of the drug.

In addition, the dentist can miscalculate the proper amount of the numbing agent, which happens more frequently in thin people whose bodies can’t handle the normal dose.  Another issue is that to slow the absorption of the lidocaine, it is typically administered with epinephrine, which can cause interaction problems in people taking other medications.  If administered without epinephrine, the lidocaine tends to get absorbed into the bloodstream too fast, and that alone can cause fainting.

In any case, you can be sure that if you faint in your dentist’s office, the dentist will not admit to missing the mark when giving you the injection or to giving you too large a dose.  Rather, you’ll be blamed for being neurotic, having a VasoVagal attack, and causing a big scene.

And if all else fails, it’s probably worth remembering what the White King told Alice in Through the Looking Glass, “’You alarm me!’ said the King. ‘I feel faint—Give me a ham sandwich!'”