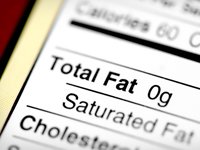 Medical science must be getting dizzy from all the turnarounds it’s been doing in recent years, reclassifying once dangerous edibles as dietary must-haves. First, we learn that red wine may be a cardiovascular boon, not a health hazard. Then we find out that chocolate and coffee may contribute to longevity and happiness. And now, the British Medical Journal declares that we can eat our fill of saturated fat, after all.

According to a paper published by cardiologist Dr. Aseem Malhotra of the Croyden University Hospital in London, virtually everything the establishment has been advising about cutting fat from the diet and lowering cholesterol is wrong. He asserts that our obsession with cutting down on dietary fat has “paradoxically increased our cardiovascular risks.”1 Sinha, Kounteya. “U-Turn: Butter, cheese, eggs not bad for heart.” Times of India. 24 October 2013. http://timesofindia.indiatimes.com/home/science/U-turn-Butter-cheese-eggs-not-bad-for-heart/articleshow/24628104.cms? In fact, Dr. Malhotra says, reducing saturated fats in the diet actually may lead to weight gain.

To make his case, Dr. Malhotra points out that while overall saturated fat consumption has dropped in the US from 40 percent of the typical diet to 30 percent, obesity rates have skyrocketed.  He attributes this trend, at least in part, to the fact that as manufacturers have cut the fat in food products, they’ve compensated by increasing the sugars and carbohydrates.

Jon Barron has long contended that mainstream medicine has it wrong when it comes to the widespread belief that all saturated fat is bad. In a 2012 blog he wrote, “in fact, a certain amount [of saturated fat] is essential, and some saturated fats are extremely health promoting. [Also], prolonged experience with the high meat/high fat/low carb diets has shown that natural saturated fat does not necessarily raise cholesterol levels and clog arteries.”

Dr. Robert Lustic of the University of California in San Francisco comments, “When saturated fat got mixed up with the high sugar added to processed food in the second half of the 20th century, it got a bad name. On the question of which is worse — saturated fat or added sugar, Lustig added, “The American Heart Association has weighed in — the sugar [is worse than saturated fat] many times over.” 3 Healy, Melissa. “Time to end the war against saturated fat?” 22 October 2013. Los Angeles Times. http://www.latimes.com/science/sciencenow/la-sci-saturated-fat-20131022,0,2193813.story#axzz2ilFIrDpy

As for the cholesterol issue, Dr. Malhotra asserts, again in line with Jon Barron, that our obsession with lowering cholesterol is wrong-headed. He writes, “[concern about controlling overall cholesterol] which has led to the overmedication of millions of people with statins, has diverted our attention from the more egregious risk factor of atherogenic dyslipidaemia.”

Atherogenic dyslipidaemia is a fancy term for an imbalance between triglycerides, HDL cholesterol, and LDL cholesterol–which are principal markers for metabolic syndrome. He cites a 2009 study from UCLA finding that 75 percent of the patients admitted to the hospital after suffering a heart attack did not have high overall cholesterol, although 66 percent of them did have metabolic syndrome. In other words, overall cholesterol levels don’t matter nearly as much as a person’s lipid ratios, and so trying to reduce cholesterol via statins is completely beside the point.

Is the implication here that it’s okay to go have steak and eggs with donuts for breakfast? Not exactly. For one thing, synthetic trans fats, which are abundant in donuts, are not okay, period. Dr. Malhotra does contend, though, that high-quality, non-processed meat may be important in a healthy, balanced diet. He’s also a big fan of dairy. He writes, “As well as a link between vitamin D deficiency and a significantly increased risk of cardiovascular mortality, calcium and phosphorus found commonly in dairy foods may have antihypertensive effects that may contribute to inverse associations with cardiovascular risk. One study showed that higher concentrations of plasma trans-palmitoleic acid, a fatty acid mainly found in dairy foods, was associated with higher concentrations of high density lipoprotein, lower concentrations of triglycerides and C reactive protein, reduced insulin resistance, and a lower incidence of diabetes in adults.”

Jon Barron certainly does not share this enthusiasm for commercial dairy products and wouldn’t recommend them for reasons he has written about many times. He would argue that if you’re going to eat dairy, at least limit it to organic products coming from grass-fed cows. But on one key point he would agree with Dr. Malhotra: the Mediterranean Diet–which does not emphasize dairy or meat–is the best way to go.

Dr. Malhotra says, “Recent research has also shown that Mediterranean diets — admittedly skimpy on red meat but hardly light on saturated fats — have outpaced both statins and low-fat diets as a means of preventing repeat heart attacks.  Adopting a Mediterranean diet after a heart attack is almost three times as powerful in reducing mortality as taking a statin.”

By the way, the reaction from the medical community has been mixed, particularly on the point about statins. Some experts, like Dr. Timothy Noakes of the University of Cape Town, South Africa, applauded the article. He says, “Focusing on an elevated blood cholesterol concentration as the exclusive cause of coronary heart disease is unquestionably the worst medical error of our time.”

Oh well. At least there’s now some argument around the subject, instead of mass agreement within the medical community that we should all carbo-load and then take statins when our cholesterol goes through the roof. Read more about natural heart health solutions.