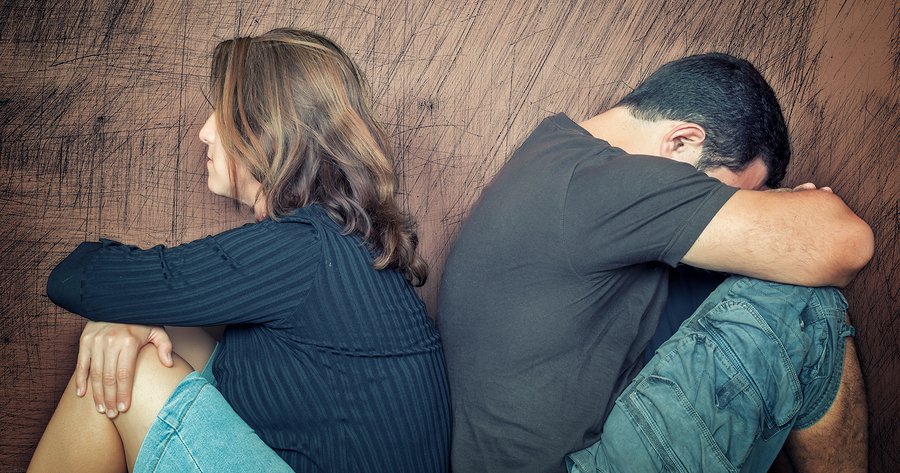 We all know that divorce can take a major emotional toll. Now there is some evidence that it may impact your heart health too. If you want to lower your chances of having a heart attack, it might be in your best interest to try to work out any problems you have with your spouse and skip the meeting with the divorce attorney. According to new research, people who have been divorced have a higher risk of having a heart attack.

The study, which took place at Duke University in Durham, North Carolina, found that divorced individuals are more likely to suffer a heart attack compared to their peers who stayed married.1 Norton, Amy. “Divorce Tied to Higher Chance of Heart Attack.” WebMD. 14 April 2015. Accessed 19 April 2015. http://www.webmd.com/heart/news/20150414/divorce-tied-to-higher-chance-of-heart-attack-in-study The subjects were close to 16,000 men and women between the ages of 45 and 80 residing throughout the United States. They were tracked from 1992 through 2010. When the research began, the participants were all married, widowed, or had been divorced.

Over the course of the nearly 20 years covered, eight percent of the volunteers had a heart attack. Overall, the chances of suffering a heart attack were higher among those who had been divorced versus those who were still in their first marriage. But interestingly, once the data was broken down to analyze specific elements, a few major divergences appeared, particularly between men and women.

Remarriage also appears to have a differing impact on matters of the heart in men than in women. Women who had been divorced and eventually got married again actually fared worse than those women who remained single after a divorce. Remarried ladies were 35 percent more likely to have a heart attack compared to their counterparts who had never divorced. In men, conversely, a remarriage completely eliminated any elevated risk of heart attack.

The research was not designed to prove that divorce causes a greater chance of suffering a heart attack, but it certainly did show an association between the two, especially for women. And these findings make sense if you think about the potential impact of divorce on most people. Even in the best-case scenario, divorce is a profoundly stressful experience. Dealing with custody issues if there are children, dividing up assets, and the financial drain of working with lawyers can leave you anxious and tense.

A prolonged period with very high stress levels–exactly what can occur during a divorce–can affect your immune system and contribute to many illnesses. And more specifically, studies have shown that chronic stress accelerates atherosclerosis, the hardening of your arteries.2 Najafi AH, Aghili N, Zukowska Z. “A new murine model of stress-induced complex atherosclerotic lesions.” Dis Model Mech. 2013 Mar;6(2):323-31. http://www.ncbi.nlm.nih.gov/pmc/articles/PMC3597015/ Over time, if subjected to chronic stress, you may develop dangerous health issues, whether the stress stems from a divorce, other personal matters, or your career. A 2010 study at Brigham and Women’s Hospital in Boston showed that women who work at stressful jobs are at higher risk than women with more laid back employment for suffering from a heart attack, stroke, or other forms of cardiovascular disease.3 Slopen, Natalie; et al. “Job Strain, Job Insecurity, and Incident Cardiovascular Disease in the Women’s Health Study.” Circulation. 2010. Accessed 20 April 2015. http://circ.ahajournals.org/cgi/content/meeting_abstract/122/21_MeetingAbstracts/A18520 Ongoing stress can increase the body’s production of cortisol, a hormone that causes inflammation, raises blood pressure, and promotes weight gain.

So what’s a person to do if you are in a very unhappy marriage? If you’ve tried talking and working through your problems to no avail, it may be time to dissolve the union despite any potential risk to your heart. In fact, staying in a bad marriage may be no better, as a 2014 study at the University of Utah in Salt Lake City found that men and women in rocky marriages with mixed feelings toward their spouse also face a greater risk of developing heart disease.4 Uchino, Bert N.; et al. “Spousal Relationship Quality and Cardiovascular Risk.” Psychological Science. 5 February 2014. Accessed 20 April 2015. http://pss.sagepub.com/content/25/4/1037

You may not be able to change the degree of stress you are going through during a bad marriage or a divorce, but you can put more focus on your personal health. Doing everything you can to consciously combat the effects of stress will provide some protection for your heart. One of the best methods for de-stressing is daily exercise. Working out can help alleviate stress and leave you in a more positive mood. There’s also the added benefit that it can help you shed some extra weight, which is better for your heart health too.