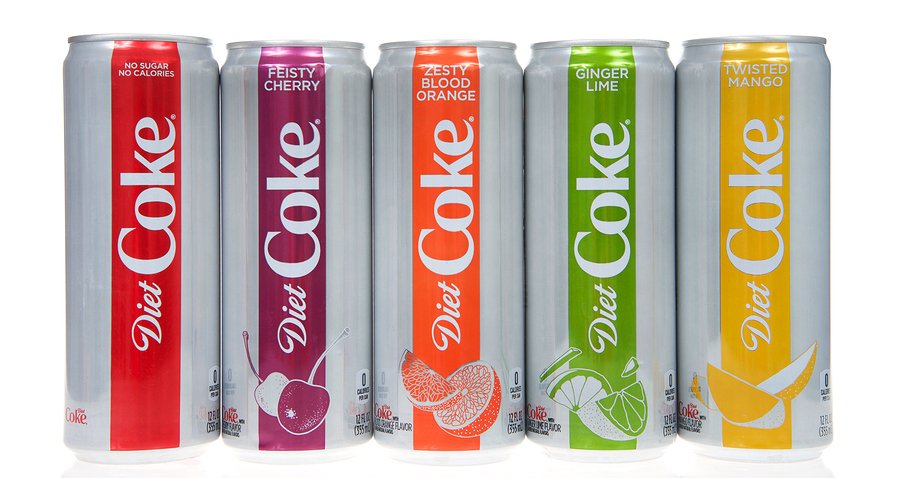 Many people drink diet sodas and other artificially sweetened drinks simply because they’ve been having them for years. It may have begun in an attempt to be healthier, avoid excessive sugar intake, and keep weight under control. Of course, now most of us know more about the considerable downside to artificial sweeteners, but plenty of people still haven’t broken their habit. However, if you’re an older woman, you just might have one more reason to leave those diet sodas and other artificially sweetened drinks on the supermarket shelves. New research suggests that these kinds of drinks are associated with a considerable rise in the likelihood of having a stroke.

The study, which was conducted at the Albert Einstein College of Medicine in New York City, found that the risk of stroke is notably increased in women who consume artificially sweetened beverages on a regular basis.1Mossavar-Rahmani, Yasmin; et al. “Artificially Sweetened Beverages and Stroke, Coronary Heart Disease, and All-Cause Mortality in the Women’s Health Initiative.” Stroke. 14 February 2019. Accessed 17 February 2019. http://www.ahajournals.org/doi/10.1161/STROKEAHA.118.023100. These results are based on an investigation that included 81,714 women who had undergone menopause. All the subjects ranged in age from 50 to 79 when they committed to participation in the Women’s Health Initiative at some point between 1993 and 1998.

The volunteers were followed for an average of 11.9 years, with the researchers keeping tabs on their overall health status. During the study period, the subjects completed a questionnaire on their eating habits that included reporting how often they consumed diet sodas and diet fruit beverages across a three-month span.

Just under two-thirds of the participants said they consumed diet soda or fruit drinks less than once a week or not at all. In fact, it was only approximately five percent of the women who reported “heavy” consumption of these artificially sweetened drinks, which was defined as two or more drinks per day. However, among this group with the most frequent consumption of diet drinks, the overall stroke risk was 23 percent higher than for those who drank them less than once a week.

When the investigators separated out types of stroke, they discovered that ischemic strokes, which are brought on by blood clots, were 31 percent more likely in frequent drinkers of artificially sweetened beverages. That may be due to blocked arteries, which often arise from an accumulation of clots that reduce the flow of blood. What’s more, other cardiovascular issues and health problems were also associated with the diet drinks. The subjects who said they consumed two diet drinks a day or more had a 29 percent higher risk of developing heart disease. In addition, they had a 16 percent elevated risk of early mortality from any cause.

When broken down into subgroups, some segments of this population of postmenopausal women were also shown to have a greater chance of problems linked to their consumption of artificially sweetened drinks. Perhaps not surprisingly, obese women—even when they had no history of diabetes or heart disease—have twice the risk of suffering from a stroke if they frequently consume diet drinks. Perhaps more surprising were differences found by race. Black women who have no history of diabetes or heart disease have a whopping four times greater risk of stroke if they are heavy consumers of diet drinks. And all of the findings held steady even after the investigators controlled for potentially influential factors such as age, blood pressure levels, and smoking habits.

While the study was missing specific information as to which kinds of artificial sweeteners were used in the various diet drinks consumed, it is probably safe to say that any artificial type of sugar substitute is likely risky. Also, we don’t necessarily know that men or younger women would experience the same rise in stroke risk from artificially sweetened drinks, but we do know that they add no nutritional value and are linked to other health issues including heart disease, cancer, and weight gain.

Ultimately, it is far better to avoid artificial sweeteners in all your drinks. Instead, choose water, or if you’re looking to diet sodas for a little caffeine pick-me-up, stick to limited amounts of coffee or tea early in the day—or to natural non-caloric sweeteners such as stevia.