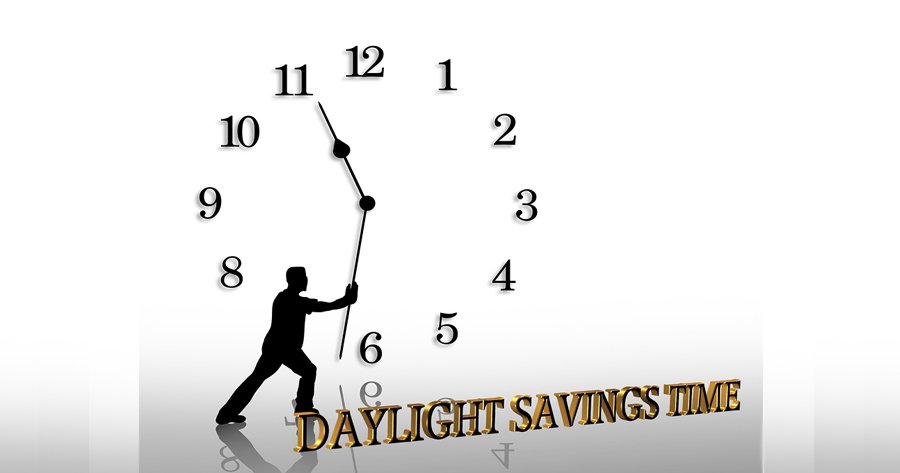 For all those who are tired of the doldrums of winter with its cold, nasty weather, March is a wonderful month because it heralds the arrival of spring. It may take a little while to see the temperatures rise and the flowers begin to bloom, but at least we know they will be on their way soon. And another perk of this month is the arrival of daylight saving (and yes, that’s saving without an “s”) time on the 13th. The sun setting an hour later makes the days feel longer–almost as if there’s bonus time for getting things done. But not everything about the transition to daylight saving time is positive, unfortunately. There is new research offering evidence that this change in time may be linked to an uptick in stroke risk.

The study, which was conducted at Turku University Hospital in Finland, found that there appears to be a brief window in the days immediately following a daylight saving time transition during which the risk of having a stroke is increased.1 Ruuskanen, Jori. “Does Daylight Saving Time Increase Risk of Stroke?” American Academy of Neurology. 29 February 2016. Accessed 6 March 2016. http://www.aan.com/rss/?event=feed&channel=20 The scientists analyzed medical records pertaining to stroke data in Finland between 2004 and 2013. There were 3,033 people who had been admitted to hospitals due to an ischemic stroke within the week after a daylight saving time changeover in either the spring or fall. This group was compared with the 11,801 people who were admitted for having a stroke during the two weeks before or after these isolated time-change weeks.

The first two days after the daylight saving change were shown to be the time period of greater stroke risk, whether the clocks were being turned forward or backward. In general, the incidence of stroke was eight percent higher in those initial two days after the time change. However, that risk rose substantially when the investigators narrowed the scope to focus on certain subgroups. They discovered that those over the age of 65 and those diagnosed with cancer are between 20 and 25 percent more likely to suffer a stroke in the two-day period following a daylight saving time change than during the other weeks evaluated.

While the research was not designed to prove cause and effect, the daylight saving time transition appears to be the only common factor that distinguishes the week in question from the control weeks considered, which establishes a rather strong link. But the risk is very different depending on age and the presence of cancer. What this tells us is that the majority of us are probably in no greater danger of having a stroke around daylight saving time than we are the rest of the year, but people who already have compromised health due to aging or a serious condition may experience a sizeable jump in risk during those days.

Why would the simple shift of an hour on the clock impact someone’s stroke risk? The answer to that is not totally clear. However, there is evidence that altering our normal circadian rhythm, the sleep-wake cycle we follow each 24-hour period, can increase the likelihood of having a stroke. Along those lines, a 2006 study at Cardiff University in the United Kingdom showed that having sleep apnea or other forms of sleep disturbances may be associated with an elevated risk of stroke.2 Elwood, Peter; et al. “Sleep disturbance, stroke, and heart disease events: evidence from the Caerphilly cohort.” Journal of Epidemiology & Community Health. January 2006. Accessed 7 March 2016. http://jech.bmj.com/content/60/1/69.short And it makes sense that those with a pre-existing illness may be more likely to be affected since their bodies may not have the remaining resources to help protect against a stroke. An ischemic stroke, by far the most common type, is caused by the formation of a blood clot or a blocked blood vessel in the brain.

If you’re concerned about the possible increase in your stroke risk as we turn the clocks forward, try to modify the effects of the time change in increments. Instead of feeling the full one-hour impact after the first night, change your sleeping habits by 15 minutes for the days leading up to daylight saving time. In this case, go to sleep 15 minutes later each night, so that by the fourth night, your circadian rhythm will be readjusted. You might also want to consider supplementing with systemic, proteolytic enzymes, as they can dramatically help lower your risk of forming clots.

And don’t forget that what we do throughout the rest of the year is much more influential on your overall health than these two brief periods of time change. If you eat a nutritious diet, exercise regularly, keep your weight in check, and manage your stress well, you will go a long way toward keeping your stroke risk very low.