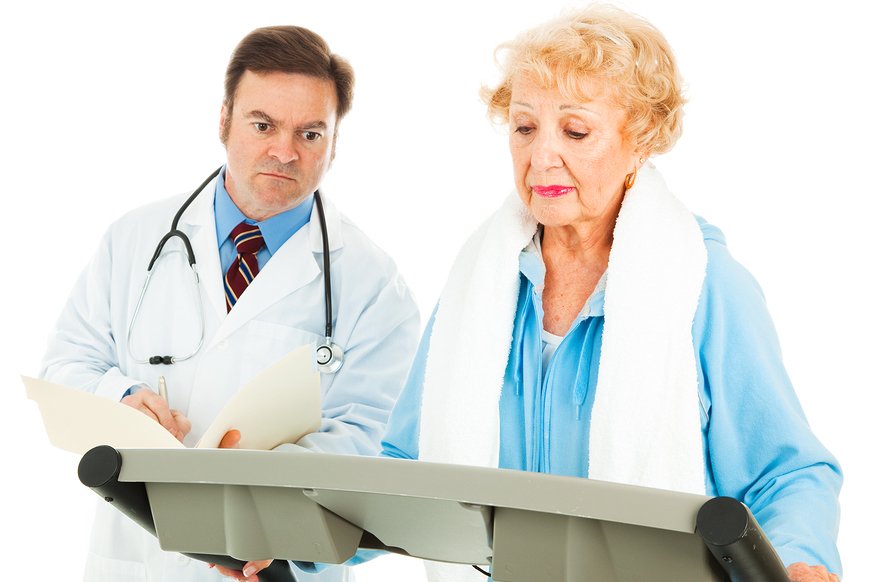 Sometimes when you go to your annual physical examination, certain screenings may be recommended. One of these is an exercise stress test performed on a treadmill to get the heart pumping and assess the potential risk of cardiovascular disease. This is a standard evaluation tool for many patients whether there is a family or personal history of heart disease or not. But now, new research suggests that it might not be providing results for women that are truly accurate.

The study, which took place at the Women’s Cardiovascular Center of the Cleveland Clinic in Ohio, found that treadmill stress test may not do a good job of correctly predicting a woman’s chances of developing cardiovascular disease because it was created based on experiments using only middle-aged men.1 Cremer, Paul C.; et al. “Use of Sex-Specific Clinical and Exercise Risk Scores to Identify Patients at Increased Risk for All-Cause Mortality.” JAMA Cardiology. 26 October 2016. Accessed 9 November 2016. http://jamanetwork.com/journals/jamacardiology/article-abstract/2572178. The subjects in the current research were more than 100,000 men and women who visited the Cleveland Clinic between 2000 and 2010 or the Henry Ford Health System between 1991 and 2009.

The scientists gathered data on their medical records, including various risk factors for heart disease. In addition, every participant had at some point undergone an exercise-based stress test. They assessed the Cleveland Clinic patients first, which was a group comprised of 59,877 adults ranging in age from 45 to 63, half of whom were tracked for seven years or more.

Approximately 60 percent of the study volunteers were men. The male participants tended to have greater exercise capacity in their treadmill workouts. They also typically had a higher likelihood of having a history of coronary artery disease compared to the women.

Within the Cleveland Clinic subset, 1,779 men (5 percent) died from any cause over the course of the trial period, versus 742 women (3.1 percent). Mortality in both genders was linked to advanced age, diabetes, hypertension, high cholesterol levels, smoking, kidney disease, cardiovascular issues, and chronic obstructive pulmonary disorder.

So the researchers used the data on the second grouping of participants—the 49,278 adults who had been treated at the Henry Ford Health System—to compare results and determine whether their sex-specific scoring methodology was an accurate measurement of risk. It turns out that applying the sex-specific scoring was a far more accurate way to predict cardiovascular disease risk. The gender-based factors provided a more precise breakdown of risk to each particular subject, especially helpful for women with elevated risk.

The study was somewhat flawed in design as it took into account deaths from all sorts of causes rather than restricting the pool to those who died from cardiovascular problems. The outcomes might have varied to some extent had this category of mortality been the sole focus, particularly for women. While hypertension and heart failure are typically closely associated with cardiovascular disease and death, the diabetes that affected so many women itself doubles the risk of dying from a heart attack or stroke, compared to those without the disorder. But diabetics also have a 25 percent higher risk of dying from cancer and are more likely to die from a variety of illnesses including infections, lung and kidney disease as well as falls.2 Emerging Risk Factors Collaboration, Seshasai SR, Kaptoge S,  Danesh J, et al. “Diabetes mellitus, fasting glucose, and risk of cause-specific death.” N Engl J Med. 2011 Mar 3;364(9):829-41. http://www.ncbi.nlm.nih.gov/pmc/articles/PMC4109980/

Despite this shortcoming, though, it’s important to keep in mind that there are differences between men and women that might require refinements to screenings to ensure greater accuracy. For instance, heart attacks often present differently in women than they do in men, and a 2015 study at Yale University in New Haven, Connecticut found that women sometimes ignore the signs, and even doctors may miss them when they occur in women as well.3 Lichtman, Judith H.; et al. “Symptom Recognition and Healthcare Experiences of Young Women With Acute Myocardial Infarction.” Circulation: Cardiovascular Quality and Outcomes. 24 February 2015. Accessed 10 November 2016. http://circoutcomes.ahajournals.org/content/8/2_suppl_1/S31 And back to the present research, since men generally have more exercise capacity than women, it simply won’t work to apply the standard scores developed for men to women patients. We don’t want women to be told they are at a higher risk than they are just because they can’t reach certain exercise thresholds, resulting in their doctors trying to put them on unnecessary pharmaceutical medications.

But let’s also not forget that family history and age aside, most of the risk factors for cardiovascular disease are within our control. So maybe we shouldn’t spend as much time worrying about the testing and devote more time to striving for a healthy lifestyle by losing weight, eating nutritiously, and getting physical activity every day. This will have positive effects that can lower your risk for heart disease and for diabetes, hypertension, and a host of other ailments as well.