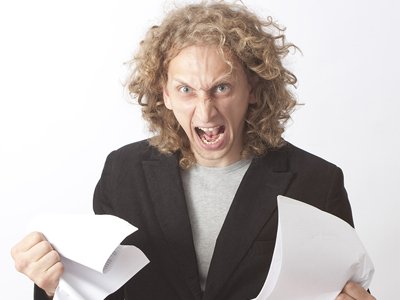 We all lose our cool sometimes. Whether it is a terrible driver cutting you off, your teenager’s eye roll and nasty remark, a rude salesperson in a store, or some other combination of events that does you in, anger is a typical response for many people. And most of us probably consider that a normal reaction, as long as we don’t completely fly off the handle or become violent. However, new research suggests that while this may be common behavior, it may not be healthy behavior–at least for your cardiovascular system.

The study, which was conducted at the Harvard School of Public Health in Boston, Massachusetts, found that a flare up of temper may raise the risk of experiencing a heart attack or stroke.1 Roberts, Michelle. “Angry people ‘risking heart attacks’.” BBC News. 3 March 2014. Accessed 9 March 2014. http://www.bbc.com/news/health-26416153. The scientists analyzed the data generated by nine different studies in which thousands of subjects responded to questions about their anger levels as well as medical backgrounds and any cardiovascular events that took place over a period of nearly 20 years.  They discovered that there appears to be a window of approximately two hours after an episode of anger during which the likelihood of having a heart attack or stroke is increased.  The risk of a heart attack is 4.74 times greater and the risk of stroke is more than three times greater during these two hours following an outburst than it was after a period of calm. This, of course, is in line with previous studies we have looked at which found that anger triggers abnormal heart rhythms that can lead to sudden heart attack.

Considering the fact that so many individuals these days are considered at high risk for cardiovascular disease–with 49 percent of Americans having at least one of the three major risk factors2 “Heart Disease Fact Sheet.” Centers for Disease Control and Prevention. 26 July 2013. Accessed 11 March 2014. http://www.cdc.gov/dhdsp/data_statistics/fact_sheets/fs_heart_disease.htm –that could potentially add up to thousands of unnecessary, preventable heart attacks every year.  Occurrences of anger cause the body to produce more cortisol, a hormone that is secreted during times of stress and that affects the immune system over time–but more importantly, causes an increase in blood pressure.  And a rise in blood pressure is a key risk factor in the development of heart disease. And, as was learned in a 2011 study at the University of California, San Diego, even a minor elevation can increase the risk of stroke.3 Lee, M.; et al. “Presence of baseline prehypertension and risk of incident stroke.” Neurology. 4 October 2011. Accessed 11 March 2014. http://www.neurology.org/content/77/14/1330.abstract

The good news is that many of the factors that may lead to heart disease are within your control. You can’t change your family history of cardiovascular illness, but you can impact the other major contributors including smoking, being overweight, hypertension, and high cholesterol levels.  Quitting smoking is a must as it damages the heart, arteries, and blood vessels.  Making changes to your diet to eat lower calorie, more nutritious foods will help you lose weight and feel better.  And exercising can provide a two-fold advantage.  Regular physical activity not only improves fitness and speeds weight loss, but it will also lower your stress level, helping you cope with the things in life that raise your hackles and produce the outbursts. Plus, adding meditation, massage, yoga, or any number of other relaxation methods to your routine may be just the thing to promote a sense of calm that keeps your anger under wraps for good.