An Easy Way to Slash Your Heart Disease Risk 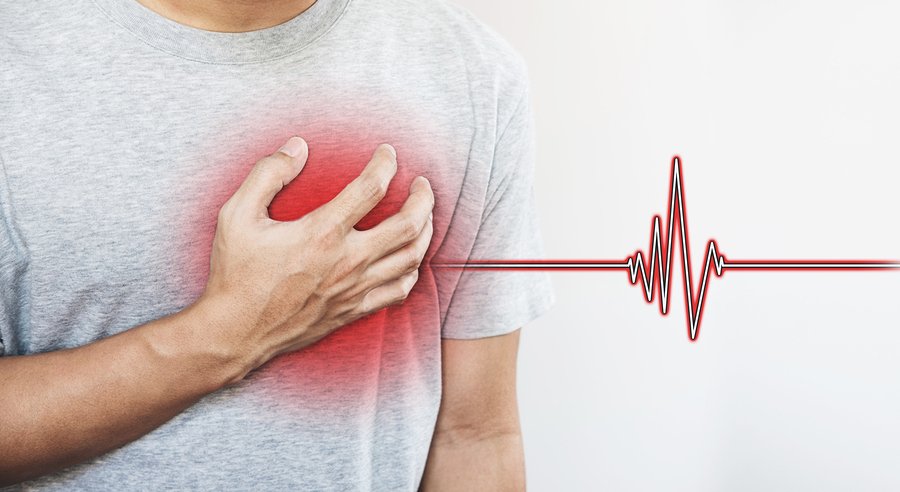 Cardiovascular disease can sometimes sneak up on us, with no obvious symptoms until a heart attack or stroke occurs. And unfortunately, even if you’re relatively young and not overweight, you can develop heart problems. But new research suggests that a potential key to lowering your risk might be as simple as cutting back on your daily calories.

The study, which took place at the Duke University School of Medicine in Durham, North Carolina, found that restricting your caloric intake by approximately 300 calories per day is associated with a reduced risk of developing cardiovascular disease.1Kraus, William E.; et al. “2 years of calorie restriction and cardiometabolic risk (CALERIE): exploratory outcomes of a multicentre, phase 2, randomised controlled trial.” The Lancet Diabetes & Endocrinology. 11 July 2019. Accessed 16 July 2019. http://www.thelancet.com/journals/landia/article/PIIS2213-8587(19)30151-2/fulltext. These results are based on an investigation that ran from 2007 through 2010 and included 218 men and women, all at a healthy weight and between the ages of 21 and 50. Roughly two-thirds of the group was randomly selected to cut their calories by 25 percent, and the remaining one-third was told to continue consuming their normal diets.

Most of those following the calorie restricted eating plan could not come close to maintaining a 25 percent cutback for the length of the study, but they did average an 11.9 percent reduction—at an average equivalent of 297 fewer calories a day. Throughout the research period, several factors involved in heart disease risk—including blood pressure, cholesterol levels, and triglyceride concentrations—were measured. Blood pressure readings began to drop in the calorie restriction group by the six-month mark, and by a year, all the risk factors were markedly lowered and remained so for the duration of the investigation.

How Many Calories Do You Really Need?

One of the notable things about this investigation is that it was the first time anyone focused on the effects of calorie restriction on heart health in a population of young and middle-aged adults who were healthy and not obese. And it leads us to the question of how many calories a person actually should be consuming each day if you are maintaining a normal weight and have no other health issues.

According to the 2015-2020 Dietary Guidelines for Americans, adult women require between 1,600 and 2,400 calories a day and adult men require between 2,000 and 3,000. This range depends on several factors, including a person’s height, weight, age, and physical activity level. For example, as you get older, your metabolism slows and you require fewer calories. But even if your typical intake is at the lower end of these daily ranges, trimming it by another 300 calories means you will still be consuming an adequate amount to fulfill the needs of your body. And the current findings are in line with those of earlier research, including a 2018 study at the Pennington Biomedical Research Center in Baton Rouge, Louisiana, which showed that lowering your caloric intake can slow the aging process and increase your life span.

For people who are already at a healthy weight, losing pounds is obviously not the goal; lowering the risk of heart disease is. Either way, when cutting calories, it is important to maintain proper nutrition, which could mean giving up certain indulgences you allow yourself such as a glass of wine in the evening (130 calories), a frothy coffee treat like the grande caffe mocha at your neighborhood Starbucks (290 calories), or the slice of apple pie you justify because it’s made with fruit (411 calories). Or perhaps you’re really careful in your eating habits and simply would benefit from trimming down your portion sizes slightly.

Another option for achieving a lower calorie count healthfully is to incorporate intermittent fasting into your weekly routine. The protocol that Jon Barron advocates is fasting for one day a week, consuming only juice and a superfood such as chorella, spirulina, or stabilized rice bran. But if a full day of fasting seems daunting to you, there are also versions of intermittent fasting that are based on restricting your eating to eight hours a day, then fasting the remaining 16. Both of these variations on intermittent fasting result in lower calorie intake and are associated with meaningful health benefits.