Why You Should Check Nurse-Patient Ratio | Health Blog 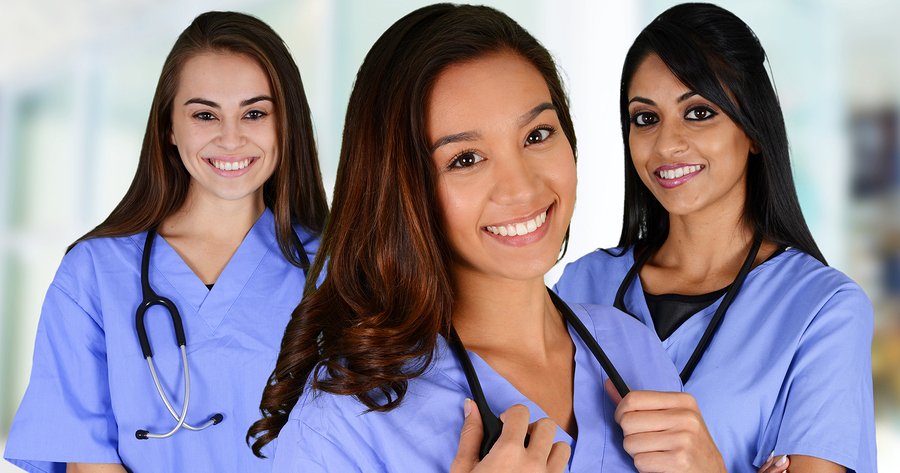 When major health problems arise and inpatient treatment seems inevitable, the typical patient dives right into researching doctors and hospitals, looking for the best. Great hospital, renowned doctor: these factors would seem to add up to an enhanced chance of recovery, but there’s another, equally important, consideration that many patients don’t think about. It turns out the nurse-to-patient ratio is one of the most important factors when it comes to staying alive in the hospital.

A new study out of Great Britain’s University of Southampton and King’s College found that patients are far more likely to die if the registered nurses caring for them handle more than six patients each.1 “Patients far more likely to die if nurses care for more than six, study finds.” 9 February 2016. The Telegraph. 17 February 2016. http://www.telegraph.co.uk/news/nhs/12148420/Patients-far-more-likely-to-die-if-nurses-care-for-more-than-six-major-study-finds.html The research, which considered data from 137 health units across Great Britain, determined that the risk of fatality rises by 20 percent when nurses handle 10 or more patients, as compared to those who handle fewer than six patients. The odd thing is that filling in gaps with medical assistants and other support workers does not seem to help, and, in fact, death rates go up as the number of medical assistants continues to rise.2 “Higher nurse to patient ratio linked to reduced risk of inpatient death.” 9 February 2016. Science Daily. 17 February 2016. http://www.sciencedaily.com/releases/2016/02/160209221154.htm

There have been a spate of earlier studies also finding increased mortality associated with reduced nursing staff. A huge study published in the New England Journal of Medicine reviewing nearly 200,000 hospital admissions found up to seven percent increased mortality for each additional patient added to a nurse’s caseload.3 “Is Your Hospital’s Nursing Staffing Safe?” How You Can Find Out.” December 2002. Champaign County Health Care Consumers. 17 February 2016. http://www.healthcareconsumers.org/index.php?action=Display%20Page&id=504 Other studies found similar patterns.

As research director Dr. Jane Ball writes, “When determining the safety of nurse staffing on hospital wards, the level of registered nurse staffing is crucial; hospitals with higher levels of healthcare support workers have higher mortality rates…Current policies geared towards substituting [these] workers for registered nurses should be reviewed in the light of this evidence.” It’s important to note that the studies cited here all refer to retention of registered nurses, who have degrees in nursing, unlike LPNs and other health support workers.

Staffing patterns in the US differ from those in Great Britain, but nevertheless, according to the US Association of Medical-Surgical Nurses, the average surgical nurse attends to four to six patients during the day, and more typically 10 at night. (The Great Britain study found an average of eight patients per nurse during the day, increasing to 15 patients at night.) The rise in nighttime caseloads is worrisome, as several studies have concluded that patients admitted at night have worse outcomes and more hospital readmissions than those that come in during daytime hours.4 Marouni, Amir, MD et al. “Effect of Time of Hospital Admission on Patient Outcomes.” 2009. Society of Hospital Medicine. 20 February 2016. http://www.shmabstracts.com/abstract/effect-of-time-of-hospital-admission-on-patient-outcomes/ This might well be a reflection of lack of nursing staff, if the pattern holds. A 2014 study, for instance, found significantly higher survival rates for cardiac arrest patients admitted during the day as opposed to those admitted at night.5 Wallace, Sarah K., et al. “Effect of Time of Day on Prehospital Care and Outcomes After Out-of-Hospital Cardiac Arrest.” Circulation. 20 February 2016. http://circ.ahajournals.org/content/127/15/1591.fullpo09

According to another US report, this one by the Institute of Medicine of the National Academies (IOM), “Many hospitals seem to ignore strong evidence that better staffing results in safer care. A full 23 percent of the hospitals report medical-surgical nurses on the day shift care for seven to 12 patients.”6 Wood, Debra, RN. “IOM Calls for Changes to Nurses’ Working Environments.” NurseZone.com. 21 February 2016. http://www.nursezone.com/Nursing-News-Events/more-news/IOM-Calls-for-Changes-to-Nurses%E2%80%99-Working-Environments_27578.aspx Further undermining the quality of care is the fact that nursing shifts are often far too long for safety. One study found that almost half of the nursing shifts evaluated were longer than 12 hours, while another study found that 27 percent of nurses in hospitals and nursing homes work more than 13 consecutive hours at least once a week.

Ada Sue Hinshaw, the Dean of the University of Michigan Ann Arbor Nursing School points out, “One study says after nine hours, errors start to increase, after 12 hours they double and after 16 hours they triple. Every other safety-sensitive industry has put some kind of boundaries on the number of hours worked by employees because they know the effect on safety.”

Nurse staffing ratios and working hours are regulated at the state level, but that means little. Only one state, California, has nurse staffing limits on the books–a maximum of six patients per nurse. 7 Nurse Staffing. American Nurses Association. 21 February 2016. http://www.nursingworld.org/MainMenuCategories/Policy-Advocacy/State/Legislative-Agenda-Reports/State-StaffingPlansRatios The only other state to designate any limits at all is Massachusetts, which requires one nurse to each patient in intensive care units. Seven other states require hospitals to establish staffing committees that set policies, but those policies are up to the individual hospitals to determine.

In spite of all the evidence, the national trend seems to be to cut down on registered nursing staff in lieu of giving more responsibility to medical assistants, paramedics, emergency medical technicians (EMTs), and licensed vocational or practical nurses.8 “TROUBLE ON THE HORIZON: Top five things nurses must know about where healthcare is heading.” 2 March 2014. National Nurses United. 21 February 2016. http://www.nationalnursesunited.org/blog/entry/trouble-on-the-horizon-top-five-things-nurses-must-know-about-where-healthc/ Combine that with projected huge shortages of available trained RNs–experts expect a national shortfall of over a million nurses within five years–and we have a critical problem looming. Hopefully, hospital administrators and legislators will pay attention to studies such as this new Great Britain one.

Bottom line? Explore nurse-to-patient ratios closely when choosing a hospital; find out if your healthcare facility regulates length of nursing shifts; and if you have a kid searching for a career path, you might give a gentle nudge in the direction of nursing school. There are going to be plenty of jobs opening up, particularly in higher level nursing specialties.

Stick With Your Doctor to Live Longer