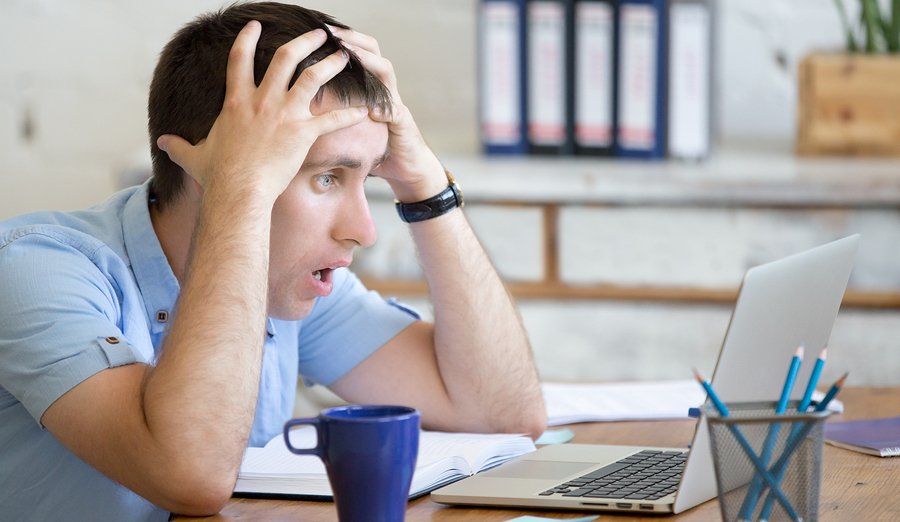 According to my calculations, I should have been dead at least a few times this past decade. I know I’m not alone in searching the internet to self-diagnose whenever symptoms surface. In fact, according to Women’s Health, eighty percent of US women look to the internet for health advice.1 Abbasi, Jennifer. “The Dangers of Using Google to Self-Diagnose.” 29 May 2015. Women’s Health. 8 February 2018. http://www.womenshealthmag.com/health/cyberchondria-0 In fact, the average woman spends 52 hours a year cruising medical sites, trying to figure out what’s causing whatever health problem has surfaced. Fifty-two hours! That counts as more than a week at the office. In contrast, the typical woman schedules only three medical appointments annually, meaning she spends far more time diagnosing herself than seeking expert help. And it’s not just women: Pew Research found that 72 percent of all internet users, men and women alike, looked up symptoms in the past year.2 Semaan, Jessica. “Confessions of a Cyberchondriac.” 13 July 2017. Healthline. 11 February 2018. http://www.healthline.com/health/cyberchondria-modern-day-hypochondriac#1 Psychology Today puts the figure at an even heftier 90 percent.3 Whitbourne, Susan Kraus. “5 Ways to Tell if You Have Cyberchondria.” 13 September 2016. Psychology Today. 9 February 2018. http://www.psychologytoday.com/blog/fulfillment-any-age/201609/5-ways-tell-if-you-have-cyberchondria

Thirty years ago, when we got sick, we waited for the doctor to figure out what was wrong. A bump was a bump until the doctor named it a tumor or a cyst or bug bite. What else could we do? Few of us had access to medical libraries, and virtually all health information at that time was restricted to hard-bound books reserved for the medical elite. The best-selling American Medication Association Guide to Your Family’s Symptoms, one of the early mass-market diagnostic books for regular folk,didn’t come out until 1994, and that book and the imitators that followed were just short of useless—sketchy as recipes that list only the first three ingredients.

The internet, of course, changed all that. It takes mere seconds now to get thousands of tidbits of information regarding whatever symptom you’ve noticed. I just typed “Dry Cough” into the Google search bar and got eight million responses faster than I could muster up a cough. The first result tells me the cough might mean asthma, allergies, or gastric reflux; whooping cough, pneumonia, or medication allergies.4 http://www.webmd.com/cold-and-flu/tc/dry-coughs-topic-overview By the time I get to the third site, I learn I could have tuberculosis, chronic lung disease, or, oh no—cancer.5 http://www.avogel.co.uk/health/immune-system/cough/dry/

In fact, if you research deep enough on almost any symptom, you’ll eventually discover cancer could be the underlying cause. Your leg cramp, your brittle nails, your receding hair—yup, all of these could be caused by the Big C. If you’re prone to worry, this possibility could lead you into quite a tizzy.  You probably started the information quest to get reassurance or to find simple home remedies, but studies show the opposite tends to occur. We start the search calm and end up distraught.

Going into orbit after researching health problems on the net has become so widespread, in fact, that mental health experts have named the phenomenon “cyberchondria.”  Women’s Health says about half of us panic after doing an online symptom quest. “Everybody googles their symptoms, their diagnoses, and their treatments—and that’s enabled people to be a lot more “knowledgeable.” But the flip side is people are getting scared,” says neurologist Lyle Dennis.

Of course, not everyone who does online health research is a cyberchondriac. The line gets crossed into dysfunction when the researcher becomes obsessed, doing three or four searches daily, spending many hours online. Experts say true cyberchondriacs worry about having multiple diseases—not just one. But you don’t have to be a true cyberchondriac to get frightened and jump to (often wrong) conclusions because your web research has led you down thorny paths. Easy access to health information leads many so-called normal people into trouble.

For one thing, not all information on the internet is accurate. Take medical bulletin boards, for instance, where people post advice and tell their health stories. These forums can be full of sketchy recommendations and frightening tales that bear some slight resemblance to your own symptom history. “A lot of the stuff on the Internet, especially on health-related bulletin boards, is pure impression and anecdote,” says Dr. Arthur Barsky of the Harvard Medical School, “and it just doesn’t have a lot of scientific validity.”

Then, there are the pseudo-medical sites that aim to sell products by frightening readers or leading them to have unrealistic hopes. The result is that people spend money trying to cure themselves of conditions they probably don’t have, or on products that can’t possibly fix the issue. Further, driven by fear, they demand tests they don’t need or they see specialists who aren’t relevant. Or, they become so frightened that they avoid seeing physicians at all, implementing health fixes that just won’t work. Even worse, they create health problems that didn’t exist by getting so worried that their immune systems weaken.

This is not to say that trying to avoid the doctor or taking healing into your own hands is wrong. We know the facts: one in every 20 patients gets a wrong diagnosis from an MD. About six million people in the US suffer harm because of diagnostic errors each year, leading to 80,000 deaths. And all that information on the internet can, in fact, offer some protection. It’s wise to be armed with knowledge so you can detect when you’re being misdirected. But you need to understand that the internet is fallible, too. Dr. Peter Tyrer of Imperial College in London wisely observes, “Dr Google is very informative, but he doesn’t put things in the right proportion.”6 “Anxiety over health caused by cyberchondria.” 7 September 2017. BBC News. 11 February 2018. http://www.bbc.com/news/health-41176729

So, what is the right proportion? Given the dangers of pharmaceuticals and surgeries, it’s certainly unwise to rely completely on your MD. And given the hysteria-making potential of the internet, it’s also not wise to convince yourself you have a particular condition without getting verification. In fact, you might seek verification from multiple sources. Experts say that after a second opinion, it’s hypochondriacal to continue to get third and fourth opinions, but I would disagree based on personal experience. I was once diagnosed with ovarian cancer that I intuitively knew I didn’t have, but it took seeing four doctors to get the real story. I ended up going to the top expert at Johns Hopkins who noticed that my original sonogram was blurry and after re-doing it, told me nothing was wrong, saving me from surgery, chemo, and so on. That was 25 years ago.

The bottom line is that it makes sense to do some internet research, to look up any medications prescribed, to know what the possibilities and treatment paths are, and then to see one or more physicians for verification if you suspect something serious may be wrong or if your self-healing efforts don’t clear up the symptoms fast. On the other hand, if you know that internet research makes your blood pressure spike, if you have a history of researching your health and concluding you’re about to expire only to discover you have a minor ailment, then perhaps, in your case, it makes sense to see the doctor first and then do research on whatever condition you’ve been assigned so that you are aware of ALL your options, particularly if it’s something serious or if serious treatment has been recommended.