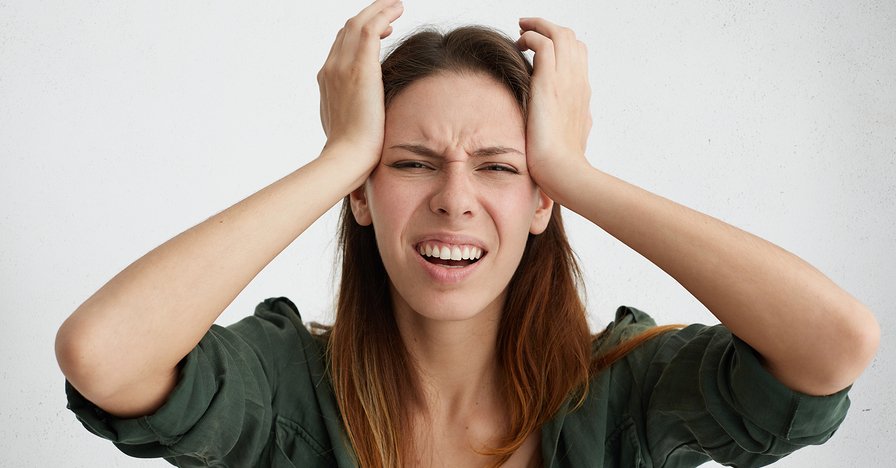 Not to state the obvious, but migraine headaches stink. Even if you don’t get them very frequently or severely, the symptoms—nausea and vomiting, intense pain, needing a dark and quiet place to lie down—can be just awful. And now, to make matters even worse, it seems that migraine sufferers may face long-term and potentially deadly problems. According to new research, experiencing these headaches could also mean an increased chance of heart attacks, stroke, and more.

The study, which was conducted at Aarhus University Hospital in Denmark, found that people who suffer from migraines may have an elevated risk of numerous dangerous cardiovascular issues including stroke, heart attacks, irregular heartbeat, and blood clots.1 Adelborg, Kasper; et al. “Migraine and risk of cardiovascular diseases: Danish population based matched cohort study.” BMJ. 31 January 2018. Accessed 7 February 2018. http://www.bmj.com/content/360/bmj.k96. These results are based on the medical records of more than 560,000 patients treated in hospitals and outpatient clinics throughout Denmark between 1995 and 2013. Of these subjects, 51,032 had been diagnosed with migraines.

Those suffering from migraines were significantly more likely to have a variety of cardiovascular problems. The incidences per 1,000 people stacked up like this:

While these numbers may seem relatively small, remember that this is for each 1,000 individuals, so that would be magnified considerably in the population at large. And let’s not forget that approximately 12 percent of people suffer from migraines, according to the Migraine Research Foundation. That represents about 29 million adults in the US alone. What’s more, for certain of the health problems evaluated in the study, such as ischemic stroke, we’re talking about an 80% increased risk for those who suffer from migraines. Even worse, the average age of participants in this investigation was 35, which is quite young for serious cardiovascular problems.

The research was not designed to prove cause and effect. However, it definitely demonstrated an association between migraines and heart issues that should not be ignored. And the findings held true even after controlling for other possible influences including smoking or being overweight.

In addition, the researchers found that these risks were most substantial within the first year after a migraine diagnosis. They declined somewhat over time, but unfortunately remained in effect for the entire 19-year span of the study, which also means they could potentially last much longer than that.

It’s not clear exactly why migraines would be related to cardiovascular trouble, but it might have to do with similar things going on in the body. High blood pressure is a risk factor for cardiovascular disease and it may play a part in migraines as well. A 2011 study at Assiut University Hospital in Egypt found  evidence that migraines and hypertension could be part of the same systemic condition, and controlling high blood pressure might be important for reducing the occurrence of both migraines and cardiovascular disease.2 Hamed, Sherifa Ahmed. “Blood pressure changes in patients with migraine: Evidences, controversial views and potential mechanisms of comorbidity.” Journal of Neurology and Neuroscience. January 2011. Accessed 8 February 2018. http://www.jneuro.com/neurology-neuroscience/blood-pressure-changes-in-patients-with-migraine-evidences-controversial-views-and-potential-mechanisms-of-comorbidity.php?aid=2305. Also, extra weight has been associated with both migraines and cardiovascular issues.

The bottom line is that if you have been diagnosed with migraines, you should take extra care to lower any other risk factors you may have for cardiovascular problems. Lose any excess weight you might be carrying by choosing to eat lower-calorie, nutritious foods. In fact, you might experience some migraine relief if you cut out many processed foods or those with additives. And start exercising every day, as a 2013 study at Harvard Medical School showed physical activity is equally as effective as medication in preventing heart disease deaths and significantly more effective in preventing death from stroke.3 Naci, Huseyin and Ioannidis, John PA. “Comparative effectiveness of exercise and drug interventions on mortality outcomes: metaepidemiological study.” BMJ. 1 October 2013. Accessed 8 February 2018. http://www.bmj.com/content/347/bmj.f5577.