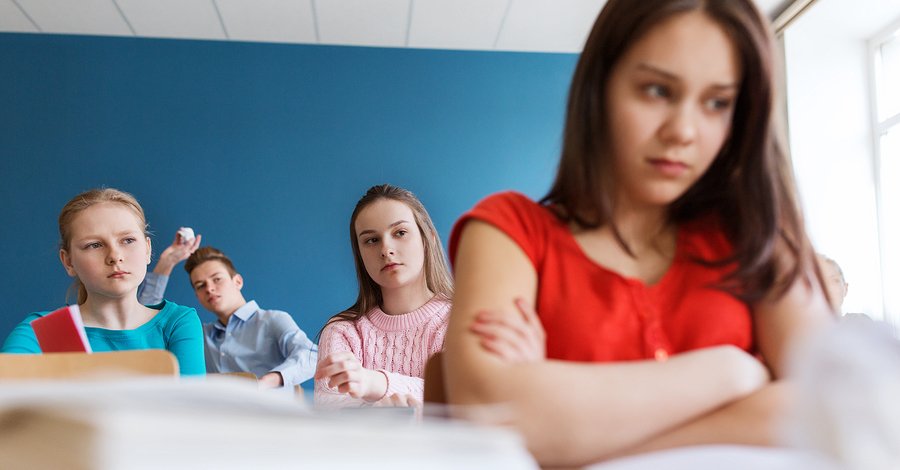 Going through adolescence and young adulthood is never easy. At this age, most everyone is rife with insecurities, worrying that they’re not measuring up, and hate something about themselves. But as much as older people like to complain, “what’s the matter with kids today?” it is possible that this difficult period of life has gotten even harder in recent years. According to new research, people in their late teens and early 20s appear to be feeling quite a bit more pressure to be perfect than their counterparts did just a generation ago.

The study, which was conducted as a joint project between investigators at the University of Bath and York St. John University in the United Kingdom, found that young adults are experiencing pressure to be perfect physically, mentally, and in their careers that is significantly increased from that felt by people their age in previous decades.1 Curran, Thomas and Hill, Andrew P. “Perfectionism is Increasing Over Time: A Meta-Analysis of Birth Cohort Differences From 1989 to 2016.” Psychological Bulletin. 28 December 2017. Accessed 8 January 2018. http://psycnet.apa.org/doiLanding?doi=10.1037%2Fbul0000138. The results are based on data accumulated between 1989 and 2016 derived from 41,641 American, British, and Canadian college students.

All the subjects completed the Multidimensional Perfectionism Scale, which is a commonly used tool to measure various aspects of perfectionism. An analysis of the testing showed that an obsession with perfection has risen dramatically since the late 1980s. Much of the pressure being experienced appears to be socially prescribed, which refers to a perception that others have excessive expectations. In fact, they were 33 percent more likely to believe that they live in a disproportionately demanding environment in which they are being harshly judged by others.

What’s more, self-oriented perfectionism, involving an irrational desire to be perfect, has increased in young people by 10 percent versus how their same-age peers felt throughout the past 30 years. And today’s young people are pretty hard on others, as well. Other-oriented perfectionism, involving imposing unrealistic standards on the people around them and evaluating others critically, is 16 percent higher among current participants than those of earlier generations.

What might be the cause of such a demanding way of perceiving both themselves and others? While competition has certainly always existed among teenagers, it’s entirely possible that society has ramped the pressure up quite a bit more over the last few years. For example, 30 years ago, few advanced placement classes, international baccalaureate courses, or dual credit programs with local colleges even existed in high schools. But now, you’ll find a whole catalog of them at most high schools, with teens feeling the need to start amassing college credit as early as 9th or 10th grade. Whether that has to do with the tremendous jump in college costs or the need of parents to push their children toward academic success, it is far different than it once was.

Another factor that certainly separates today’s young adults from those of previous generations is the existence of social media. It has likely been influential in their lives since they were in elementary school. And whereas people growing up 15 or 20 years ago might have had to deal with images on television or in magazines telling them how to look and act, the new adults of today have to deal with seeing it 24/7. And perhaps even more important, social media constantly forces young people to compare themselves with others in terms of numbers of followers, likes, and images of themselves on a multitude of apps.

Plus, it’s not just celebrities and models they are forced to compare themselves with, it is all of the everyday people they know who use filters to make themselves look more attractive and only post information on the aspects of their lives they can make appear wonderful. Faced with these kinds of comparisons, no one could possibly believe their own life is better.

Since it’s a long shot that most of us would consider giving up our social media accounts, we need strategies to help us feel good about ourselves. One way to reduce the impact of social media is to limit our time on these various sites. If we’re not on them as much, they are less likely to bother us so much. Instead of catching up with friends via Snapchat, plan face-to-face gatherings the old fashioned way.

Try meditation to feel more centered and peaceful within yourself. A 2010 study at Harvard University in Cambridge, Massachusetts found that mindfulness increases happiness.2 Killingsworth, Matthew A. and Gilbert, Daniel T. “A Wandering Mind is an Unhappy Mind.” Science. 12 November 2010. Accessed 9 January 2018. http://science.sciencemag.org/content/330/6006/932. And exercise daily—not to compete to be the best, but to enjoy doing something good for your body that will also help relieve any stress and anxiety you may be experiencing.