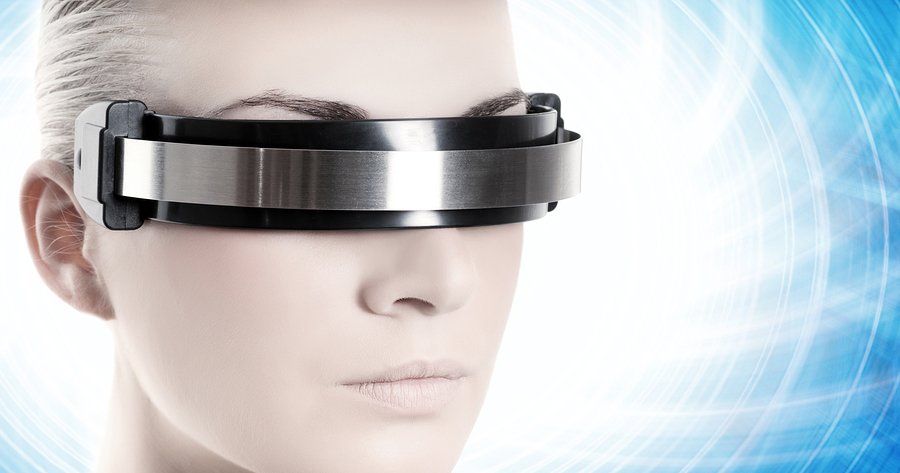 There’s a Star Trek episode in which a character named Worf gets depressed because he’s so far from the culture of his Klingon planet of origin. His shipmates manage to relieve his malaise by creating a Klingon initiation ceremony for him in the “Holodeck,” a walk-in virtual reality environment. The environment inside the Holodeck is all a projection created by pre-programmed software, but it looks, sounds, and feels like real life, making it possible to meet Abraham Lincoln, for instance, or play music with Elvis.

As remarkable as it seems, real-life holodecks may not be so far away. For decades, companies have been developing and trying to perfect virtual reality equipment, primarily for entertainment applications, but some new breakthroughs offer possible health applications, too, particularly in the mental health arena.

One such development features virtual reality goggles called ‘Oculus Rift,’ developed by a company owned by Facebook. The goggles will soon be available for consumer purchase for an affordable $350.1 Iozzio, Corrinne. “Virtual Reality Headset is Reinventing Exposure Therapy.” 16 September 2014. Scientific American. 4 June 2015. http://www.scientificamerican.com/article/virtual-reality-headset-is-reinventing-exposure-therapy/ While the developer had in mind using the headset for immersive game playing, he sent out prototypes to other developers who have been working on applications in other realms–tourism, medicine, aviation, and mental health, where the technology literally is opening a whole new world for  those suffering from anxiety disorders, PTSD, and phobias.2 “Virtual reality helps heal phobias.” 4 June 2015. CBS News. 4 June 2015. http://www.cbsnews.com/videos/virtual-reality-helps-ease-phobias/

Using virtual reality, psychotherapists can help anxious patients via a technique called “exposure therapy,” which means subjecting fearful individuals to the situation or thing that scares them, starting in small doses and moving to greater exposure until the fear diminishes. The approach works by systematically teaching the brain that the stimulus causing the fear is, in fact, not posing a real threat.3 Cox, David. “Virtual reality is helping people to conquer their phobias.” 16 October 2014. The Guardian. 5 June 2015. http://www.theguardian.com/science/blog/2014/oct/16/virtual-reality-phobias-public-speaking-flying The process actually changes neural pathways in the brain when it works.

Let’s say you’re terrified of heights. Your first baby step might be to go to the third floor of your office building, stand a few feet back from the window and look down. Your next step might be to go right up to the window and peek at the street below. Next time, you’d go up to the fifth floor, then the 10th, and finally the fiftieth. The entire time at the window, you’d be practicing a relaxation technique to help defuse anxiety until you got to the point where you could stand on the rooftop deck without passing out.

While numerous studies show that exposure therapy is one of the most effective phobia treatments, it’s expensive and cumbersome to set up simulations. By using virtual reality, you can feel like you’re immersed in the threatening environment-whether it’s a skyscraper, an airplane, or a cage of snakes- while you’re safely ensconced in your therapist’s office, easy peasy.

Developers have been busy brewing up a plethora of phobia applications for the Rift in advance of its anticipated release this summer. Most recently, a group of students from Santa Clara University developed an acrophobia application to help those with a fear of heights. Users get the real sensation that they’re leaning out the window of a high rise, and they can set the height to the level they want. Another program being tested aims at claustrophobics, immersing them in a closed closet. And Albert Rizzo of the University of Southern California has developed a virtual reality program for PTSD sufferers. The application exposes patients to battlefield situations, helping them process emotions as they run through simulations. He tested the program on 20 patients and 16 of them showed significant reductions in symptoms after 10 treatments, even three months after the treatments ended.

While wearing a headset might be a far cry from the Holodeck, other options under development come closer. Dr. Stephane Bouchard of the University of Quebec explains, “We have these immersive rooms, known as ‘caves’ where we can create 3D projections which float in front of the patient just like in the movie theatre. In the cave, there are six sides and images are coming from all of them. So you have no point of reference with the physical reality as the only thing you notice is the visual stimuli.”

There’s also a brand-new breakthrough that allows people to ‘feel’ and explore virtual objects in space using their hands. The technology relies on ultrasound, and would, for instance, allow someone with a fear of snakes to ‘hold’ a boa4 Prigg, Mark. “Scientists create system that allows people to FEEL holograms using holograms.” 8 April 2015. Daily Mail. 5 June 5, 2015. http://www.dailymail.co.uk/sciencetech/article-3030831/Scientists-create-allows-people-FEEL-holograms-using-ultrasound.html –the snake kind, not the feather kind.

It should be noted that anywhere from five to nine percent of the population suffers from at least one extreme, clinically significant phobia and up to 20 percent experience some milder phobia at some point.5 “Phobia Statistics and Surprising Facts About Our Biggest Fears.” Fearof.Net. 5 June 5, 2015. http://www.fearof.net/phobia-statistics-and-surprising-facts-about-our-biggest-fears/ The most common phobias are fear of spiders (arachnophobia), snakes, heights, dogs, thunder and lightning, open spaces or closed spaces, germs, social situations, and flying, which ranks ninth on the phobia list with 25 million sufferers.6 “Top 10 Phobias of All Time-An Update.” Fearof.Net. http://www.fearof.net/top-10-phobias-of-all-time/ Only about a fifth of those burdened with phobias bother to get help overcoming the fear, and of those who do seek treatment, only a quarter fully recover.

An easy-to-access virtual reality cure could free millions to enjoy their lives more and be more productive, or it could lead us into a future where nobody goes out anymore because it’s easier to live an entire life while sitting on the couch, simulating. In any case, it looks like you can expect to see virtual reality devices becoming as common as cell phones in the next decade or so. Let’s just hope people don’t try wearing them while driving, because if you thought texting while driving was dangerous… 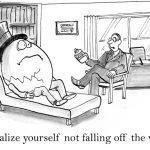 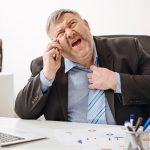