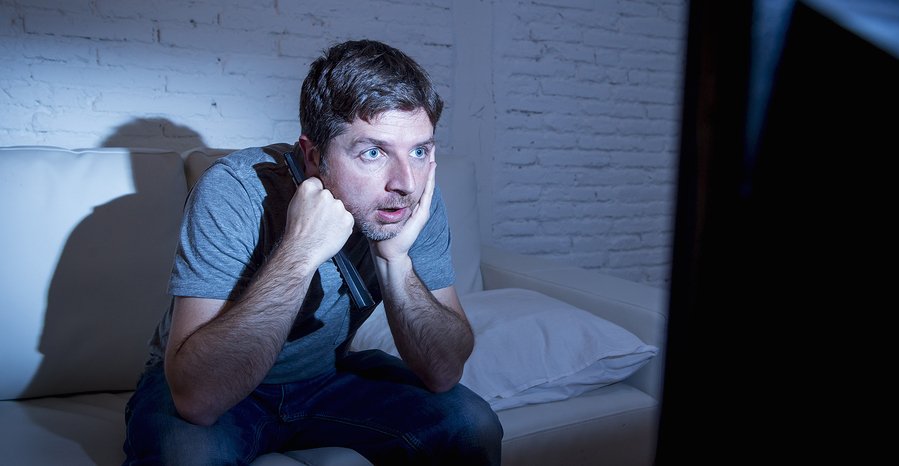 On any typical weekday morning, you’ll probably notice at least a few zombies stumbling into your workplace with bloodshot eyes, nodding off at their desks. You may suspect that the afflicted were partying all night, or studying for an exam, or maybe fighting with the spouse—but chances are good that you’re wrong. Instead, your bleary-eyed colleagues probably were glued to the television, binge watching some addictive series on Netflix, episode after episode after episode.

If you’ve ever binge-watched yourself, you might not advertise the fact, fearing that your compulsive watching is a bit extreme. But take heart: it turns out that binge watching is as common as pollen in April, although unfortunately, it might be just as detrimental to health.

Now here’s the kicker. About 70 percent of Netflix users (and you can bet it’s the same with other subscription services) binge-watch at least one series each month.4 “An analysis of Netflix power-binge watchers. What your viewing habits say about you.” 16 March 2017.  MicCheck. 13 April 2017. http://mic.com/articles/171147/an-analysis-of-netflix-power-binge-watchers-what-your-viewing-habits-say-about-you#.G1jRPsYxh And by the way, binge-watching doesn’t mean watching two or three episodes back-to-back. To qualify as a binge-watch—at least by the standards of research organization Jumpshot, which analyzed clickstream data from over 100 million devices in 188 countries—you need to watch at least five episodes in a single viewing session. Five! That means five or more consecutive hours of sitting on your butt, unless you’re watching something short, like Friends, in which case, “only” 2.5 hours are lost to the endeavor. But then again, aren’t you just as likely to 10 episodes at a sitting if their short? And that’s on top of all those hours you sat at the desk doing your job.

Then there are the power-watchers, who binge-watch not just one series, but multiple series every month. Thirty-three percent of Netflix subscribers do just that. Doing the math, that means that in a typical room of 10 people in the US, four have been spending five or more hours a night watching numerous episodes of Orange is the New Black, or Breaking Bad, or Sherlock, or Parks and Recreation, or whatever, at least a few nights a week. Two have been doing so a bit more often. Depending on how many episodes are available in the particular series selected, such behavior may go on for only several nights in a row, or at the extreme, for weeks straight, every night (or day) spent watching, watching.  To make things worse, power-binging is on the upswing, with an 88 percent increase in the number of viewers binge-watching multiple series at least seven days per month over the past 14 months.

What’s the harm in binge-watching, you might wonder? After all, you find it a welcome relief to be laughing at Friends instead of dealing with the messy house, unpaid bills, or the disgruntled spouse.  It takes the pressure off and lifts the mood. The problem is that if you watch shows in a binge-y way over a prolonged period-of-time, you may be headed for serious trouble. In fact, binge-watching can become a true addiction, replete with all the markers of addiction—denial, loss of interest in other things, poor performance at work, compromised relationships and so on.

For instance, binge watchers might deny that their habit is a problem, even though they can’t engage at work because they’re counting the minutes so they can go home to find out what happens next in House of Cards. Go out with friends after work? Not a chance—not until the series is done. Listen to the problems the kids bring up? Only with impatience, wanting desperately to get to the show already.  The end result of obsession with the “drug”— in this case some addictive series—can be psychological distress,  relationship problems, life adjustment disorders,  and compromised health.

According to screen-addiction specialist Hillary Cash, who runs a treatment center called reStart in Fall City, Washington, “As your addiction takes hold and your brain has gone through those changes that are physiological —that we call addiction — you are no longer in control of your behavior…You’ll get less sleep perhaps, you’ll show up less for your family and less for your friends. You’ll show up less for your work or your schooling. [You’ll focus] less on self-care — the rest of your life is getting squeezed out in favor of…Netflix and the constant viewing of content on a screen.”

So much for the joy of laughing at “The Office.” The physical and mental consequences of excessive screen time have been well-documented in plenty of studies, to say nothing of the toll sitting too long takes on the body. We’ve written before about the link between sitting and increased cancer risk as well as early mortality. We’ve also written about connections between media binging and depression.

But this is a slightly different take on the theme, and in some ways it’s more pernicious because watching media is even more passive than playing video games or engaging on Facebook. It’s also easier to dismiss, to convince yourself that it’s a harmless way to unwind. Experts say that binge-watching becomes addictive for a myriad of reasons, but often, the addict is using media to escape from facing unpleasant things. If the life isn’t working, media offers a way to go underground and avoid it, at least while the show plays.

To heal a binge-watching addiction, experts suggest you take at least three months completely away from the device of choice, whether it’s your television or another streaming device. They also suggest getting regular psychotherapy sessions to help you figure out what, if anything, media is helping you to avoid, while also helping you to build a more fulfilling “real” life. Remember, as Jon Barron always says, health isn’t just about supplements and exercise. Your mental state matters too—maybe even more so. 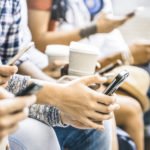